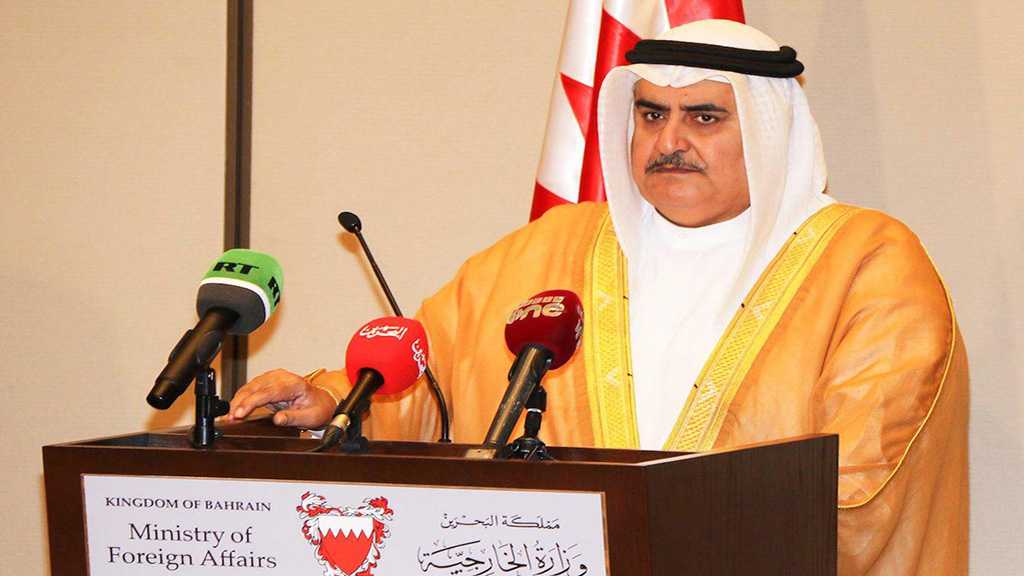 As part of warming ties with the Zionist occupation entity, Bahrain’s foreign minister defended Australia's formal recognition of west al-Quds as the “Israeli” entity’s so-called capital, claiming that the move would not affect a future Palestinian state.

Earlier on Saturday, the Australian government announced the decision, reversing decades of Middle East policy, but said it would not immediately move its embassy there.

The United States opened its embassy in occupied al-Quds in May.

Although the Arab League issued a statement criticizing the Australian decision as "blatantly biased towards the positions and policies of the “Israeli” occupation,” Bahraini minister Sheikh Khalid bin Ahmed al-Khalifa described the statement as "mere rhetoric and irresponsible."

"Australia's stance does not impact the legitimate Palestinian demands, first among them being East [al-Quds] Jerusalem as the capital of Palestine, and it does not contradict the Arab Peace Initiative," he tweeted on Saturday.

Relatively, Zionist Prime Minister Benjamin Netanyahu has on several occasions hinted at warmer relations with Gulf Arab states and made a surprise visit to Oman in October to meet with its ruler Sultan Qaboos bin Said.

The Zionist entity has announced diplomatic relations with only two Arab states, Egypt and Jordan.