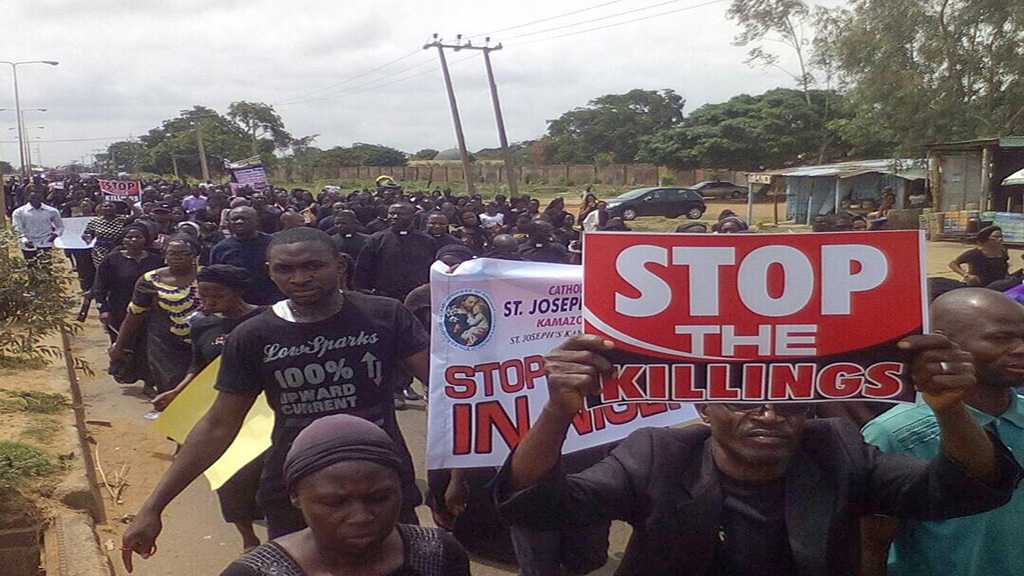 Nigerian authorities failed to ensure justice for the killings of hundreds of members of the Shia Islamic Movement of Nigeria [IMN] since 2015, Human Rights Watch as it released a video of security forces’ violent crackdowns against members of the movement.

On December 12, 2015, the Nigeria army used disproportionate force against the group’s street procession in Zaria, Kaduna State in northwest Nigeria to clear a route for the army chief’s convoy.

In an ensuing three-day violent crackdown, the army martyred 347 members of the group and arrested hundreds more, including the group’s leader, Sheikh Ibrahim El Zakzaky, and his wife, Zeenat.

Representatives of the group reported that the subsequent crackdowns on their activities and protests in Kaduna, Kano, Katsina, Yobe, Plateau, Sokoto, and Abuja, the federal capital, have resulted in the martyrdom of at least 110 people.

“The repression against the IMN Shia Muslim group by government security forces risks creating grievances that could worsen Nigeria’s already precarious security situation,” said Anietie Ewang, Nigeria researcher at Human Rights Watch. “The increasing spate of protests by the group is a cry for justice that authorities would do well to heed.”

The authorities should end impunity for the disproportionately violent Zaria attacks, carry out a speedy and independent investigation into subsequent crackdowns on protests, and hold anyone found responsible for using unlawful force to account.

Earlier in September 2016, a Kaduna State Judicial Commission of Inquiry recommended prosecuting soldiers involved in the Zaria killings. State prosecutors ignored that recommendation but brought charges against 177 members of the group in the alleged killing of Corporal Dan Kaduna Yakubu, the only military casualty in the episode.

The lawyer for the defendants, Maxwell Kyon, told Human Rights Watch in June 2018 that defendants with severe gunshot wounds were denied medical care by prison authorities, resulting in the deaths of three of them in custody.

According to a media report, the police arrested another 115 members of the group during a protest in Abuja to demand El Zakzaky’s release in April.