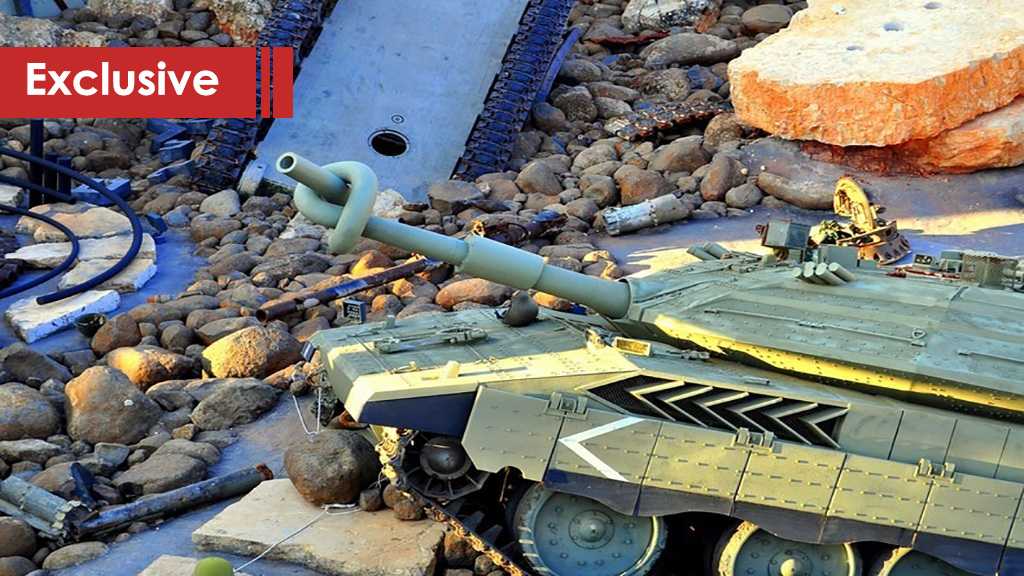 The Lebanese Resistance, with its pivotal role in representing domestic and Arab nationalism, faces two kinds of injustice. The first originates from the “Israeli” war machine and the second from the treason of regional dictators.

In a nutshell, the “Israelis” invade, steal, kill, destroy, and commit every imaginable crime against the Lebanese people. Hezbollah fights back with unprecedented ingenuity and does not just expel them from Lebanon, they also make the Zionists think twice before attempting any more acts of war. While the men of Hezbollah are doing all this, daggers are unsheathed only to try and stab them in the back.

The strength of the “Israeli” enemy has proved to be overrated. In every confrontation since after the invasion of 1982, Zionist soldiers ran from the battlefield before the first rifle magazine had been emptied; it is because they have no conviction is what they are doing. The majority know that they don’t really belong to what is falsely said to be theirs – deep down within, they realize that they should return to their countries of origin. At the end of the day, being given a free house and financial benefits may not be worth dying for.

So, the injustice originating from the Zionists can be handled with simple terms and precise rules of engagement. As [His Eminence] Sayyed Hassan Nasrallah has so clearly stated, every aggression will be met with defensive measures of equal magnitude. The Secretary-General's words do not constitute mere speculative rhetoric, they are what brought victory to Arab Nationalism in 2006 and what have kept the warmongering monster to the south of the border at bay since then. That is because they are based on reality and not propaganda.

The other injustice, the one suffered from those considered to be cousins and brothers, is the one that causes slight confusion.

Indeed, there is something very wrong with the state of affairs governing the whole issue of the theft of Palestine and defending the Arab nation these days. Perhaps the usage of the term “these days” is not precise; maybe it has been like this for a long time but people have begun to see the conspiracy just now.

Instead of coming to the aid of Lebanon when the Zionists breached its southern border and occupied it for nearly two decades, the leaders of the major Arab countries turned their backs. Instead of congratulating Lebanon for doing what none of them could, namely defeating the “Israeli” war legend, they utilized their media against its Resistance. And, instead of at the very least, staying neutral, they sided by “Israel.”

It is mind-blowing to the average Arabs. Settlers from Europe took Palestine and hijacked al-Quds, Yet, their regimes demonize the only remaining governments that still fight for the Holy Land. Then again, the average Arabs live under political circumstances that deny them the truth. God forbid they might seek this truth; the regime will ensure they never attempt to do so again. Notorious secret police prisons like Ulaysha are only too happy to accommodate anyone who dares ask obvious objective questions like “What wrong has Hezbollah done?”

Should the torture equipment in prisons like Ulaysha prove to be insufficient, prisoners can always be shipped to nearby larger facilities like Al-Hayer prison.

As stated before, facing the Zionist with his technologically superior war machine has proved to be a very possible option. Years of resistance taught people lessons in doing it. The basic ingredients revolve around the notion of unconditional love for God, country, and family. These are the three concepts that Zionists do not fathom and when you do not understand something, you cannot create a weapon to counter it.

Regarding the continuous antagonization by regimes who have abandoned their Arab identity, the unwavering belief in Prophet Mohamed and the divine message he delivered to humanity dictates that patience is to be adopted. There comes a time when affairs need to be set straight but only after hope has vanished completely. Those being unfairly attacked on daily basis still cling to that hope. Indications of following the essence of Islam show in Iran’s recent call for the Saudis to join the anti-colonial axis. His Eminence the Secretary-General of Hezbollah reached out to the Saudis as well.

Daily slandering of Hezbollah and other members of the coalition championing the Arab cause in general and the Palestinian one in particular is now the least of the wrongs that these regimes are doing. Supporting the occupiers of the Holy land has become a trend and so has funding tens of thousands of terrorist mercenaries who are set on annihilating Islam and Christianity in the name of Wahhabism.

In staying true to the Islamic tradition in its pure form as conveyed by Prophet Mohamed, his descendant the Secretary-General reminds the Resistance public to remain accepting of other faiths and sects and to display tolerance towards different political beliefs. The great hope is that some of those boasting the contradictory beliefs would stop confusing tolerance with weakness.

The Lebanese people know all too well that they managed to turn around a military equation imposed by the most experienced imperialist superpowers. They know that they defeated one of the highest-ranking military forces in the world. Still, they engulf their victories with humbleness. In this humbleness that was taught by God and the prophet, they have dedicated their victories to their Arab brothers. The reciprocation to the Lebanese gesture by the regimes of their brothers is an injustice.

It must not be forgotten that God chose to place the Holy Kaabah and Masjid Al Aqsa in the indigenous land of the Arabs. Neither the infamous Lord Rothschild nor Trump get to change God’s will. Anyone in line with this statement would know that “Israel” represents an occupying entity which must be expelled and siding with it means attempting to change God’s designs.

Those Arab leaders who have put all their eggs in the U.S foreign policy and Zionist basket need to know that they are placing themselves in a course set towards a dark end. They are like a woman marrying a womanizer who will only love her as long as her external appearance is still young and beautiful. See, plainly speaking, the U.S has two interests in our land, two assets.

The first (being Middle Eastern black gold) is about to become an obsolete necessity with the development of alternative energy sources becoming more serious now than ever. That, and the American shale oil prospect which is about to be cheaper to extract when compared to the prices of Arab petroleum and the complicated politics that come with it. The Americans have major reserves of shale oil.

Having realized that the matrimony with America will not last much longer because of diminishing oil interests, the desperate part of the Arab leaders who can’t imagine living without its protection are racing to bring their romance with “Israel” to the open. They want to prove that they are important to America’s second regional asset’s wellbeing. This comes at the expense of the Palestinian people’s rights, their own people’s pride, the Arab identity, and self-respect.

I wonder if they know how cruel the “Israeli” master is. Once America hands over the region to this cancerous entity created by the British and sustained by them, there will be no more kings. Military governors will be stationed with the “Star of David” replacing every crescent and cross. Ironically, the Ottoman rule would be remembered as “good days.”

Wake up Arabs. Giving away Palestine today means giving away your crowns tomorrow.