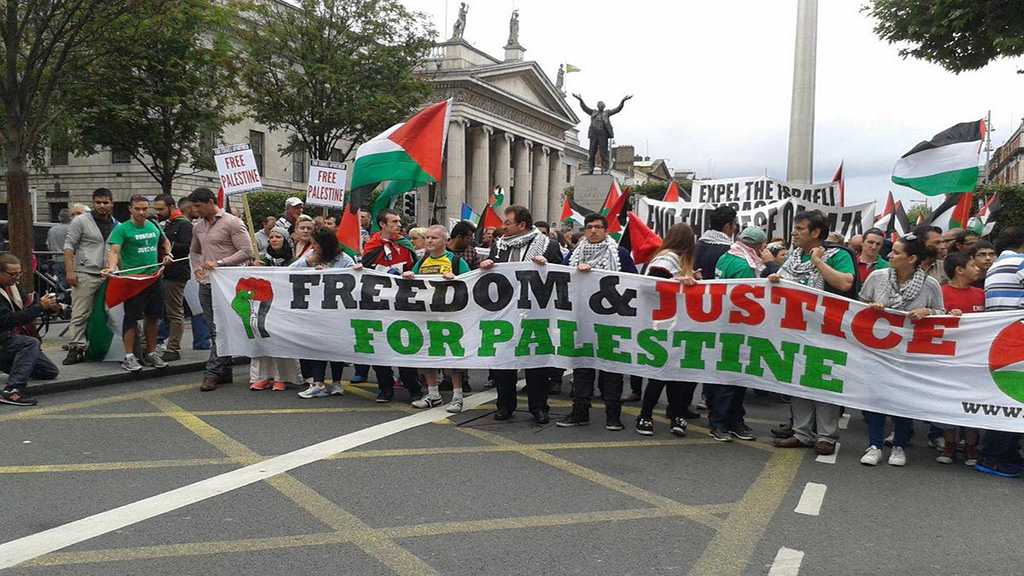 In support of the resistance movements against the Zionist entity, the upper house of Ireland's parliament, known as Seanad Éireann or the Senate, has approved a bill that criminalizes importing or selling goods produced in illegal “Israeli” occupation settlements across Palestine.

The Control of Economic Activity [Occupied Territories] Bill 2018, which was passed on Wednesday, declares it an offense “for a person to import or attempt to import settlement goods.”

It also states that those who “assist another person to import or attempt to import settlement goods” would be committing a crime punishable by up to five years in prison or a €250,000 fine.

The measure now needs the endorsement of the lower house of the parliament, known as the Dáil Éireann, before the Irish president signs it into law.

Independent Irish Senator Frances Black, who had sponsored the bill, hailed its approval.

The passage of the pro-Palestine measure was followed by sustained applause and a standing ovation by opposition and independent senators. However, Ireland’s minority government had opposed the bill.

Palestinian Ambassador to Ireland Ahmed Abdelrazek as well as lawyers who worked on the drafting of the bill and its sponsoring organizations were present in the Senate visitors’ gallery during its passage.

Wednesday's vote puts Ireland on track to become the first European Union country to end trade with Zionist settlements in the occupied West Bank, al-Quds and the Golan Heights.

Independent Senator David Norris said, “This is a great day for this country. We are the first country and I hope we won’t be the last” to break ranks with the EU.

The move, however, infuriated the apartheid entity, with the regime’s Foreign Ministry denouncing the approval of the legislation.