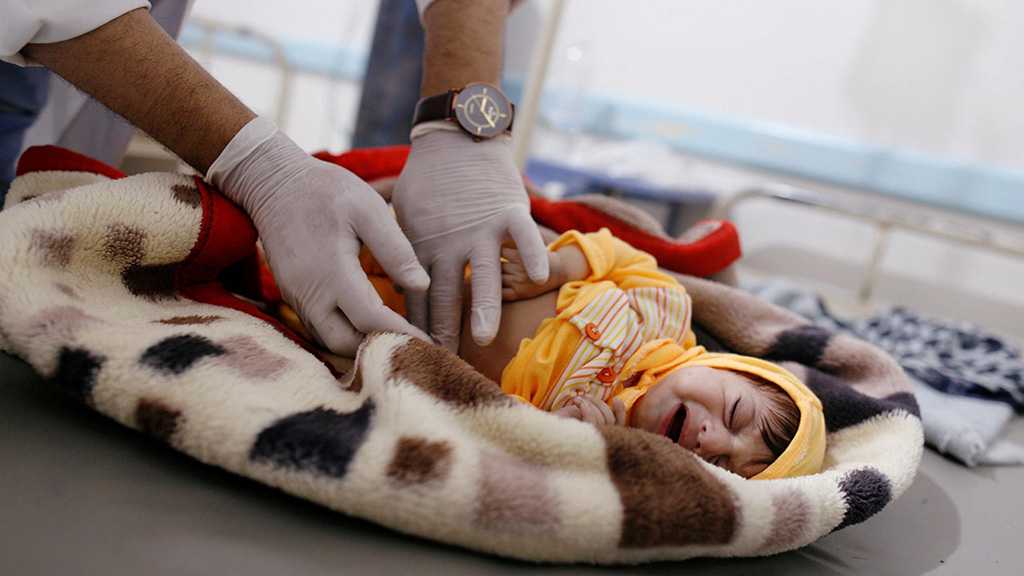 More than three years into Yemen’s war, the horrifying statistics induce a sense of hopelessness: 57,000 people killed, 14 million at risk of famine, 10,000 new cholera cases each week. Save the Children estimates 85,000 under-fives have starved to death. That’s an average of 77 a day since 2015. If 77 children died from avoidable causes on a single day in the UK or US, the roar of grief and anger would be heard around the world.

But the story of Yemen’s war is a story of international indifference, self-interest and cynical manipulation. World leaders at this weekend’s G20 mostly paid lip service to the issue, if they discussed it at all.

Yemen has limited economic or strategic importance. Former colonial powers, Turkey and Britain, admit no responsibility. For the Saudis next door, it is a battleground... For arms dealers, it’s a profitable bazaar. The ancients dubbed Yemen “Arabia Felix” (happy Arabia) for its fertile soil. That’s a grim irony now.

Things may be changing. The UN’s envoy to Yemen, British diplomat Martin Griffiths, hopes to convene peace talks in Stockholm this week. Earlier efforts foundered when the Ansarullah failed to show up for talks with the Saudi-backed regime of Abd-Rabbu Mansour Hadi. Mohammed Ali al-Houthi, head of the Houthi supreme revolutionary committee, pledged to go to Sweden “if safe exit and return is guaranteed and there are positive indications peace is a priority”.

Such caution is understandable; trust and goodwill are in short supply. The machinations of foreign powers, motivated by extraneous factors only indirectly related to Yemen, continue to obstruct progress. Last month, for example, Mike Pompeo, the US secretary of state, unexpectedly stepped in, urging a “cessation of hostilities” after previously exhibiting scant interest…

The intervention was prompted not by a sudden attack of conscience over Yemen’s suffering but in response to the uproar following the Saudi regime’s murder of the US-based journalist Jamal Khashoggi.

Yet murkier factors are at play. After the US Senate defied the White House and decided to vote later this week on a resolution instructing Trump to reduce military ties, it emerged that Saudi-retained lobbyists made financial contributions to at least five of the 37 Republican senators who oppose the resolution. Department of Justice figures show the Saudi regime spent at least $24m (£18m) in 2017 on influence-peddling in Washington. Questions also surround Trump Organization business interests in Saudi Arabia, and an opaque $80bn (£62bn) US-Saudi nuclear energy negotiation

Despite the US and British shift, the Saudis continue to resist a Yemen ceasefire, fatuously claiming to be on the brink of victory. A government offensive around the key port of Hodeida persisted until last week, despite UN warnings it was further jeopardizing food imports.

For Prince Mohammed, an enforced, inconclusive halt to the war he launched in 2015 would be another big personal setback, coming on top of the Khashoggi disaster, the strategic failure in Syria (where Iran and its allies are triumphant), and the recent nosedive in Saudi relations with Turkey, Lebanon and the EU. His position at home, already weakened, could be fatally compromised. And the prince may yet face a UN war crimes inquiry.

Saudi and UAE reluctance to talk peace, and Trump’s determination to protect his friends in Riyadh, explain remarkable American double-dealing at the UN Security Council last week, when the US blocked the swift enforcement of the ceasefire Pompeo had himself demanded one month earlier. British diplomats argued the situation was so severe that there could be no delay, but the US insisted on waiting for the Stockholm talks to begin.

Behind the scenes, the Saudis and UAE reportedly threatened to wreck Stockholm, warning their Yemeni clients might not turn up if the ceasefire went ahead. All this bodes ill for the UN-led process, if it gets off the ground – a big “if”, given recent history. The US state department and Pentagon would probably welcome an end to the war for economic and security reasons. But it seems clear Trump is allowing the Saudis a veto over any ceasefire and future settlement. Trump’s obsessive war of attrition against Iran, which shares some of the blame for Yemen, also makes it less likely Tehran will push its Houthi allies to make peace.

The bottom line? As foreign powers circle like predatory hawks over Yemen’s shattered land, vying for advantage, children will continue to starve and die. Another week’s delay before a ceasefire? That’s seven times 77 corpses. Two weeks? Then double it. You do the math.