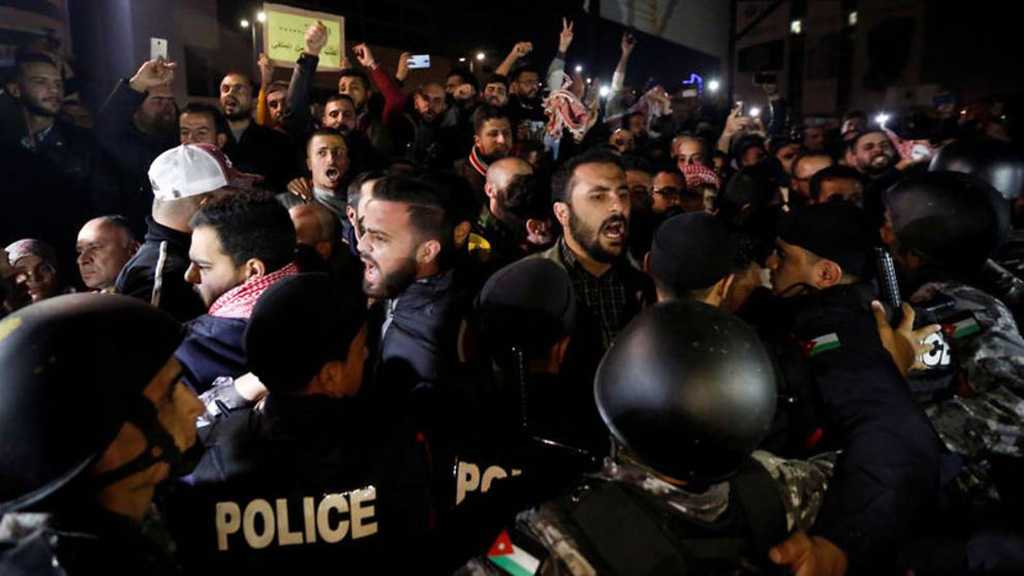 Hundreds of Jordanians protested Friday in central Amman in the first demonstration against a new, IMF-backed tax bill that Parliament passed in November.

Around 300 people chanting anti-government slogans gathered near a parking lot where police had imposed a cordon to prevent them from marching to the office of Prime Minister Omar Razzaz.

Scores chanted “Go away Razzaz!” and “Government of robbers!” and accused the government of failing to tackle high-level corruption and to end the squandering of public funds.

Jordan’s mainly pro-government Parliament approved a new IMF-backed tax law nearly two weeks ago that imposes steep tax hikes to narrow the record public debt and help get the economy, hit by conflict in the region, back on track.

King Abdullah II replaced the government in June after its push to impose an earlier tax bill led to a rare wave of protests.

Aiming to defuse public anger, Abdullah dismissed Mulki and appointed Razzaz, an ex-World Bank employee and a more popular figure among protesters. That tax bill was reworked into the new bill that Parliament has now approved.

Jordan has seen public debt spiral to nearly $40 billion. Many politicians and economists blame the IMF-inspired austerity plan Jordan is undertaking for worsening the plight of poorer people and squeezing the middle class while widening disparities between the rich and poor.