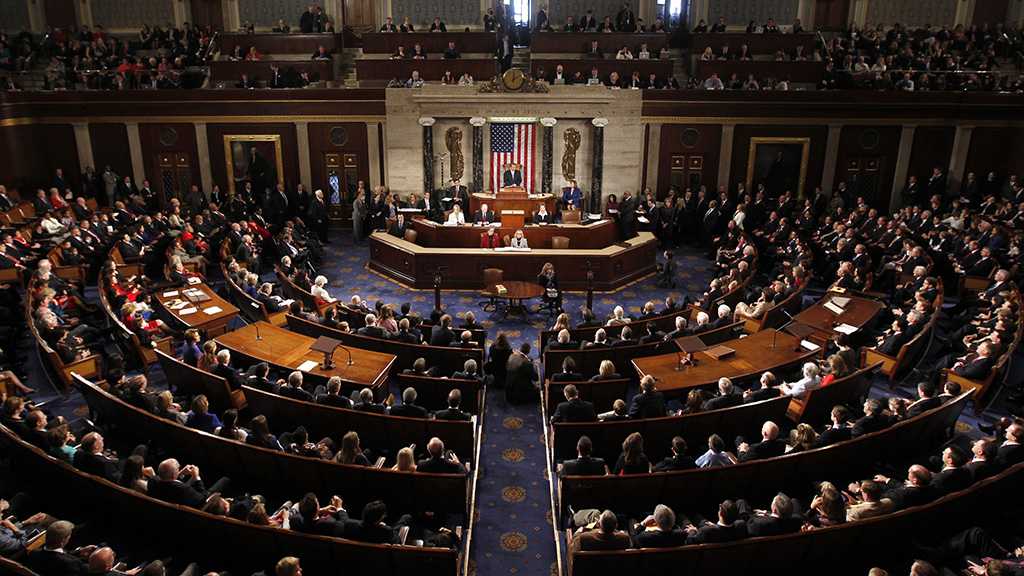 The US Senate took a defiant stance against President Donald Trump's White House on Wednesday, advancing a measure that would end American military support for the Saudi-led aggression in Yemen.

Senators voted 63-37 in favor of the proposal just hours after US Secretary of State Mike Pompeo and War Secretary Jim Mattis had implored them not to curtail US assistance to the Saudi military, arguing that pulling back would worsen the war.

The vote was a striking departure from earlier this year, when the measure failed, and marks a new bipartisan desire in the Senate for Trump's administration to take a harder line on Saudi Arabia.

Lawmakers are exasperated with Trump's reaction to the murder of dissident journalist Jamal Khashoggi, which has been linked to Riyadh, and by the mounting humanitarian crisis caused by the war in Yemen.

"The Saudis have gone off the rails. They've killed more civilians this year than any year prior in the Yemen war," Democratic Senator Chris Murphy told AFP.

"They obviously made a giant strategic error in abducting and murdering Jamal Khashoggi. So, a lot has changed in the last few months to get us to this point."

Republican Senator Lindsey Graham said he switched his vote in favor of the resolution because CIA Director Gina Haspel did not testify and could not be grilled on whether Saudi Crown Prince Mohammed bin Salman [MBS] was aware of the plan to kill Khashoggi.

"The question for me is whether or not the CIA supports the conclusion, with a high degree of confidence, that the crown prince was complicit in the murder of Mr. Khashoggi," Graham told reporters, adding "I'm not going to be denied the ability to be briefed by the CIA."

Both Mattis and Pompeo said that, after carefully reviewing the intelligence, they could find no direct evidence linking Khashoggi's murder to MBS.

"There is no smoking gun," Mattis told Pentagon reporters, stressing he still believes those responsible should be punished.

"We have not changed, (in) that accountability for the murder is our expectation of everyone involved in the murder," he said.

Saudi Arabia has acknowledged the Washington Post columnist, a US resident, was killed inside the kingdom's Istanbul consulate in October but has blamed his death on a "rogue" operation.

Trump last week called Saudi Arabia a "steadfast partner" and said it was unclear whether MBS was aware of the plan to kill Khashoggi.

He has also cast doubt on the CIA's reported conclusion that MBS was behind the killing.

Further debate and votes on the measure are expected next week.

Should it ultimately pass the Senate it would have little chance of clearing the House this year. But extended debate could serve as a powerful symbolic step -- and allow lawmakers to address alternative paths in US-Saudi relations.

Peace talks aimed at ending the war in Yemen have been set for early December in Sweden.

Senator Murphy, however, said Pompeo and Mattis' testimony may have been counterproductive.

"They lost votes this morning," he said.

He went on to say, "They just had no good answers for why Gina Haspel wasn't there. They had no plan to end the war in Yemen."

The Yemen conflict has triggered the world's worst humanitarian crisis, with the country now on the brink of famine.

The UN estimates as many as 10,000 people have been martyred since the Saudi-led coalition launched military aggression in 2015.

The Pentagon had also been conducting air-to-air refueling for coalition aircraft, but this month said it was stopping doing so.

Still, a series of high-profile coalition strikes has killed scores of civilians, many of them children, and now many US politicians are balking at America's role in the war.

Aside from the motion to pull US military support, some lawmakers want to impose sanctions beyond those that Washington enacted on 17 Saudis allegedly involved in Khashoggi's killing.

Events have left US administration officials publicly grappling with global realpolitik, saying Saudi Arabia's role in countering Iran is too important for the US to turn its back.

"We are seldom free to work with unblemished partners," Mattis told senators.

"Long-standing relationships guide but do not blind us. Saudi Arabia, due to geography and the Iranian threat, is fundamental to maintaining regional and Israeli security, and to our interest in Mideast stability."

Furthermore, the Pentagon chief added that Saudi Arabia is a "necessary strategic partner" and pointed to the US military's training of partner pilots as key in reducing deaths.

Pompeo warned lawmakers that ending US backing would lead to a stronger Iran, while reinvigorating both the Wahhabi Daesh [Arabic acronym for “ISIS” / “ISIL”] and al-Qaeda in the Arabian Peninsula.