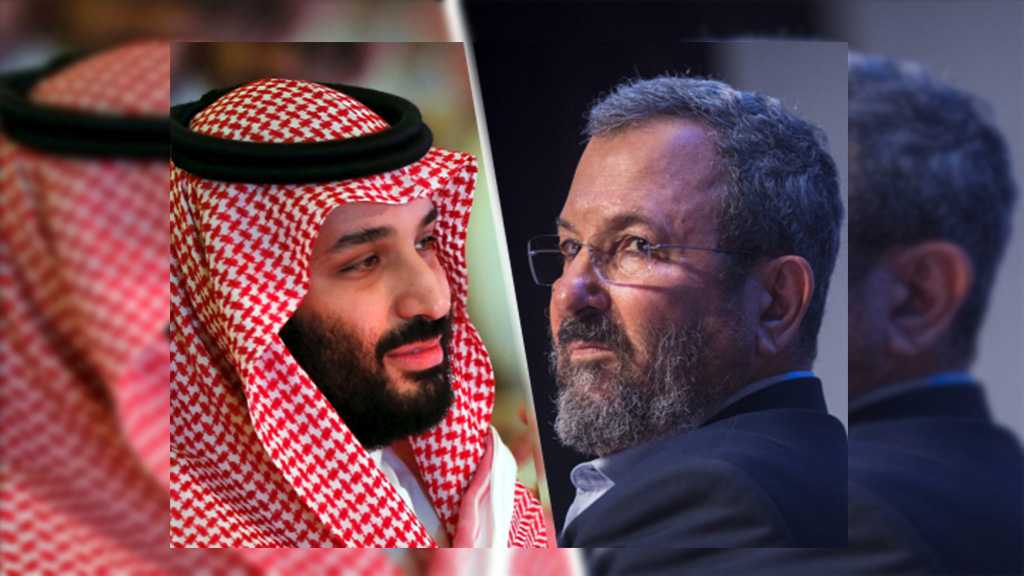 A man saying he represented Saudi Crown Prince Mohammed bin Salman phoned Ehud Barak in 2015 saying he wanted the former “Israeli” prime minister to help him sell cyber-tech to assist the Saudis in eavesdropping on their citizens’ and enemies’ phone conversations.

According to a recording of a conversation obtained by Haaretz, the man said he wanted Barak to take on a representative role in the company he had established; he also mentioned companies whose technology interested the Saudis.

The existence of the recording of the middleman’s conversation with Barak was first discussed in an investigative report on the Kan broadcasting authority’s television program “Shetach Hefker.”

According to a statement released on behalf of Barak, Barack rebuffed the offer in the phone call, which came from the United Arab Emirates.

The man had told Barak about what he called an interesting business opportunity. He talked about a meeting that took place with the Saudi government seven weeks earlier in the UAE’s largest city, Dubai.

The Saudis came to see presentations on cyberwar and interception technology; the man said he had won the trust of the two men in line behind the king, the defense minister and his brother.

He was referring to Crown Prince Mohammed bin Salman, who serves as Saudi defense minister, and his brother Khalid.

“The interest shown toward former “Israeli” army officers and politicians is nothing new. But this time the circumstances are particularly interesting,” Haaretz added.

First, Barak is a former prime minister. Second, the connection was being made in the name of a country, not a company. Third, the country was Saudi Arabia, whose strategic, diplomatic and security interests have been linked with those of “Israel.”

Finally, a person the man said he was representing was none other than one of the most influential figures in the Arab world, and beyond.

The man said the subject was unsuitable for the telephone, and His Excellency wanted it to be done in a certain way. He said there was always an economic advantage for people who take part in a deal of the size.

Barak said okay, he understood, and the man then asked if Barak indeed understood where this was going. Barak said he did.

In recent months Barak has said more than once that the entities that are warming ties with countries in the region are private companies. As he sees it, Prime Minister Benjamin Netanyahu is trying to package these achievements as a policy asset.

Even though the 2015 deal did not come to pass, the Saudis kept showing an interest in similar cybersolutions. As Haaretz reported this week, in 2017 the Saudis negotiated with the company NSO Group Technologies, whose development headquarters is in Herzliya near Tel Aviv.

Barak asked about who the middleman worked for, and provided the names of a few cybercompanies he guessed the middleman was working for. The middleman said he worked only for himself, or to be more accurate, for his wife. Then he said her full name and broke out laughing.

The middleman said he had received advice from people close to him, recommendations from friends. He added that he had even met with the representatives of one of the companies.

But Barak met with the middleman after he mentioned the idea of providing an “economic advantage” as requested by the kingdom. This may be a detail worth remembering the next time Barak talks about the seriousness of the “submarine affair” in which Netanyahu aides are suspected of providing an “economic advantage” as part of a large security deal.