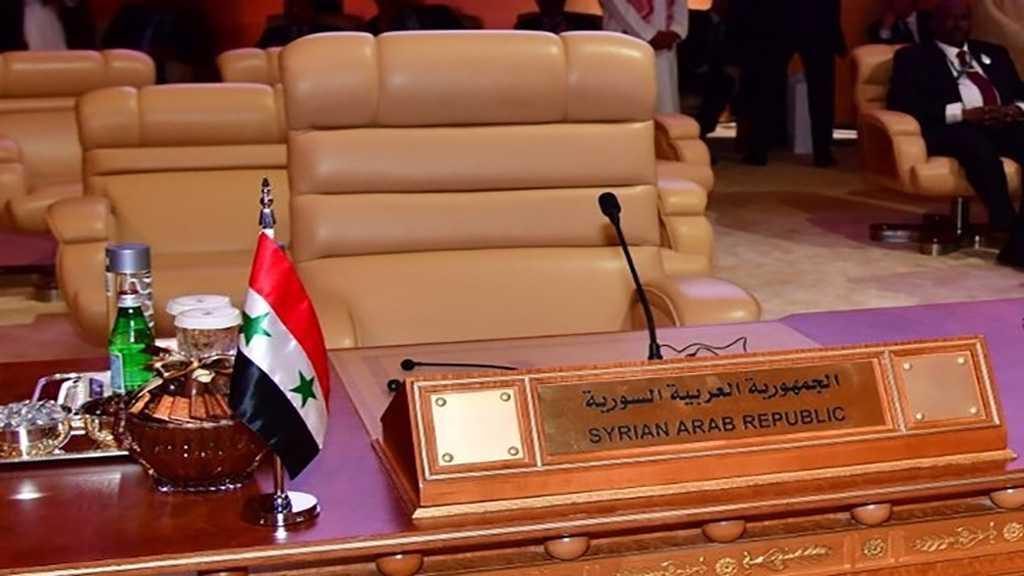 Last week the United Arab Emirates announced it was negotiating the reopening of its embassy in Damascus and restoring full ties with Syria.

After the opening of the Nassib border crossing on the Jordan-Syria border, for the first time since the war began, Syria now has a through road linking Turkey to Jordan.

At the same time the “Israelis” have also handed over the Quneitra border crossing in the occupied Golan Heights to Damascus after four years of closure.

It is not just that all roads are leading to Damascus but also there is a quiet - but strategic - shift by the most powerful Arab actors in the region towards establishing a working relationship with the Syrian President Bashar al-Assad.

For example, and according to the news outlet, al-Masdar, Saudi Arabia and Syria are working through back channels via the UAE to reach a political reconciliation.

In an ironic twist, Saudi Arabia, the UAE, Egypt, Bahrain and Kuwait suddenly realized the need to strengthen Syria and become a counterweight to growing Iranian and Turkish control over affairs in the Levant.

As the headlines over the last few weeks have been dominated by the murder of Saudi journalist Jamal Khashoggi and the viability of the Crown Prince Mohammed Bin Salman – quietly but strategically Damascus has been regaining lost ground with key Arab states.

Written off seven years ago by the likes of the then Turkish prime minister, Recep Tayyip Erdogan, and former “Israeli” Prime Minister Ehud Barak, Damascus is now quietly re-positioning itself as the key arbiter in the regional tussle for control over strategic choke points in the Middle East.

Recent statements by the UAE, Bahrain and Egyptian officials point to making Syria "an Arab issue" to steer it away from Turkey and Iran. This view goes as follows: only by engaging with Damascus can the influence of Tehran and Ankara be balanced out.

Also, the seven-year policy of isolating Assad and Syria did not help the Arab cause.

Last September, there was much media debate and hype surrounding the extremely warm exchange between the foreign ministers of Syria and Bahrain at the United Nations General Assembly. The public embrace and hugs were followed by the Bahraini foreign minister calling his Syrian counterpart "a brother", and that the Arab countries were ready to work with Syria.

A few months ago, the UAE's minister for foreign affairs, Anwar Gargash, said in an interview that it was a mistake to throw Syria out of the Arab League, and that the Arab world must work with Damascus immediately. Earlier this month, Assad also gave his first interview to a Gulf newspaper since the conflict began. In the Kuwaiti newspaper, Al-Shahed, he said that Syria had reached a new level of understanding with the Gulf and Arab countries who had previously opposed it.

Assad’s interview followed a sympathetic op-ed by a leading Kuwaiti writer on the need to support the Syrian government’s drive to bring refugees home.

Oman has maintained close ties with Damascus throughout the war and has recently signed significant economic deals.

A veteran Indian diplomat who has served in almost all the major Arab countries and has good relations with Saudi Arabia wrote how the Saudi crown prince has made overtures to Assad in a number of interviews, publicly calling for an acknowledgement of Assad’s victory and a Saudi acceptance of Assad's rule in return for ‘pushing Iran out.’

In this lies a clue to the future role of Damascus in the recent turmoil following the Khashoggi affair. Saudi and Emirati overtures have two objectives: first to reduce the Iranian footprint in Syria and second to make sure Qatar and Turkey do not get ahead of Riyadh and Abu Dhabi in the pecking order of ties with Damascus.

The Gulf rivalry for control over various battlegrounds also spills into the question of involvement of non-Arab actors in key "heartland" Arab capitals such as Damascus, Cairo and Baghdad. The UAE and Saudi Arabia abhor the fact that Turkey and Iran are the regional leaders in the Middle East right now.

Saudi Arabia and UAE’s spat with Qatar now also includes a resurgent Turkey, which is seeking to capitalize on its newfound influence with Iran and Russia. At the same time the Saudis have made it clear they want the Turkish army out of Qatar.

The UAE-Egypt axis is also hard at work against the Turkey-Qatar axis both in Libya as well as Gaza. The Emiratis, Kuwaitis and Bahrainis have all publicly called Syrians their Arab brothers and the need for non-Arabs such as Turks and Iranians to stay out.

This has made Damascus their new ally in waiting.

At the same time, the recent Qatar-Russian energy deal is viewed as a threat to Emirati and Saudi economic interests as there are signs in Doha that they are happy to accept Assad in return for Russian defense deals and energy cooperation all the way from the Mediterranean to the Black Sea.

The two largest Arab militaries in the shape of Egypt and Algeria have always been supportive of Assad, and recently have given public military and economic support to Damascus. Whether it be the geopolitical need for the Saudis and UAE to embrace Assad, or the ideological objectives to keep Iran, Turkey and Qatar out - all of this plays into Syria’s hands.

The situation is no different from earlier rapprochements between late King Abdullah of Saudi Arabia and Assad after Rafiq Hariri's assassination in Lebanon in 2005. Previously as now, the Saudis overturned their hostility to Damascus to combat Iranian and Turkish influence in the Levant.

And to cap it all, the most hostile regional country, Jordan, which until earlier this year hosted the secret operations command center that gave vital support to militants fighting Assad, has reopened its border crossing with Syria in a move signaling a shift of mood in Amman. Assad and Damascus are poised to return to the Arab fold imminently.