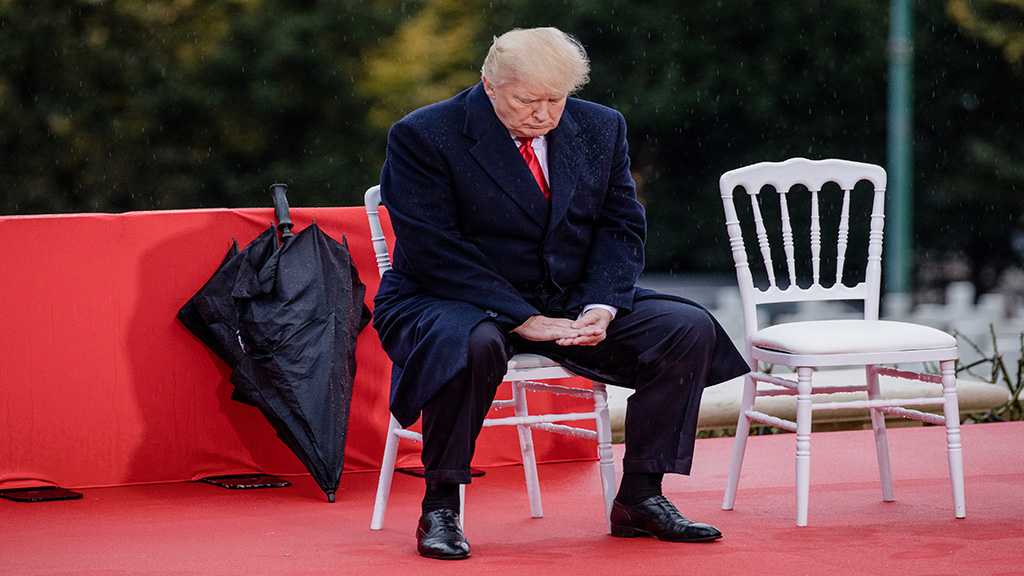 Trump’s reaction — or non-reaction — to the Saudi regime’s brutal killing of journalist Jamal Khashoggi is a holiday-season gift to autocrats around the globe. It shows them that if you just shower Trump with over-the-top flattery, feed him some geopolitical mumbo jumbo and make vague promises to perhaps buy some American-made goods in the future, he will literally let you get away with murder.

Recall what happened: The Saudi government lured Khashoggi, a contributing columnist for The Post, to the Saudi Consulate in Istanbul, where a team of assassins lay in wait. Khashoggi was killed and his body dismembered. The CIA has reportedly concluded with “high confidence” — as close to certainty as the agency gets — that the assassination was ordered by Saudi Crown Prince Mohammed bin Salman, the nation’s de facto ruler.

After weeks of hemming and hawing, the White House put out a statement Tuesday from Trump making clear that for the murder of Khashoggi — who lived in Virginia, was a permanent US resident and had children who are US citizens — the Saudi regime will face no consequences. Zero. Not even a slap on the wrist.

Despite the CIA’s assessment that the crown prince ordered the killing, the White House statement waffles on whether he even knew about it in advance: “Maybe he did and maybe he didn’t!” Trump said the same thing later to reporters, adding, “We are with Saudi Arabia. We’re staying with Saudi Arabia.”

Even more appalling, the statement — which is littered with exclamation points, suggesting Trump himself had a hand in writing it — attacks and defames the victim. Khashoggi was a respected journalist who sometimes criticized the Saudi government. The president of the United States suggests he deserved to die.

“Representatives of Saudi Arabia say that Jamal Khashoggi was an ‘enemy of the state’ and a member of the Muslim Brotherhood, but my decision is in no way based on that,” the statement says. That is a rhetorical device known as paralipsis — saying something by professing not to say it — and its use to suggest the Saudis were somehow justified in killing Khashoggi makes me want to throw up.

In the statement — which is headlined “America First!” — Trump emphasizes what he calls the “record amount of money” that Saudi Arabia is supposedly prepared to spend in the United States. Trump goes on to make a series of false claims. No, there is no agreement for the Saudis to spend $450 billion on US goods, despite Trump’s assertion. No, there is no firm agreement for $110 billion in arms sales; the actual figure is $14.5 billion. No, what Trump reckons as “hundreds of thousands of jobs” are not at stake. And no, the Saudis could not simply decide to buy Chinese or Russian arms, instead.

The truth is that in the US-Saudi relationship, the United States holds all the cards. We don’t need the Saudis’ oil and can easily do without their arms purchases. By contrast, without US military assistance and American-made spare parts, the Saudi armed forces could not function.

But leave aside Trump’s inability to calculate the power equation here — perhaps he should read “The Art of the Deal” — and consider the factors that are absent from his thinking. There is no mention in his statement of human rights, no mention of freedom of the press. There is no notion of the United States as an advocate for liberty or a foe of despotism. There is only the amoral pursuit of what Trump sees — not very clearly — as US national interests.

The Saudi royals got on Trump’s good side by hosting his first foreign visit and fawning over him as if he, too, were an absolute monarch. North Korea’s Kim Jong Un was gracious and deferential to Trump at their summit — and now continues his nuclear and ballistic missile programs unmolested. Russia’s Vladimir Putin complimented Trump’s political skill — and escaped any meaningful punishment for meddling in the 2016 election. There cannot be a strongman ruler in the world who fails to see the pattern — and the opportunity.

Lavish Trump with praise. Treat him like a king. Wave a fistful of money in front of his face. And if you want to, say, kill an inconvenient journalist, he’ll look the other way.