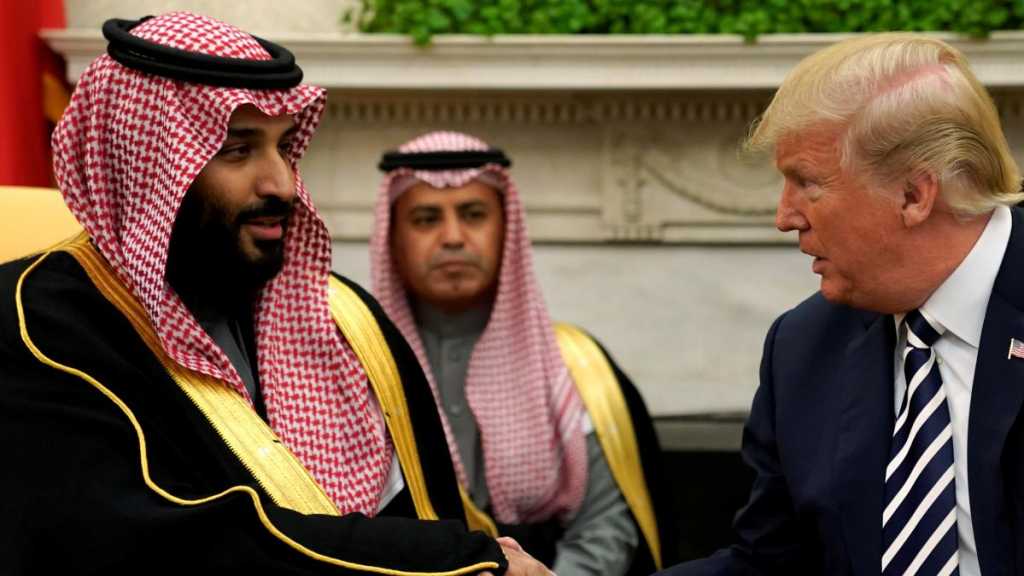 In a tweet, Trump thanked Riyadh for the recent drop in oil prices and called for prices to go even lower to boost the US and global economies.

Oil prices rose Wednesday but have been trending lower for weeks.

Prices slid Tuesday after a report of an unexpected decline in U.S. crude inventories.

“Oil prices getting lower. Great! Like a big Tax Cut for America and the World. Enjoy! $54, was just $82. Thank you to Saudi Arabia, but let’s go lower!” Trump wrote.

The tweet comes two weeks ahead of a crucial meeting of the Organization of the Petroleum Exporting Countries and its allies where they are expected to curb production levels to stem rising supplies.

Trump pledged Tuesday to stand by Saudi Arabia even as he said that Saudi Crown Prince Mohammad bin Salman may have known about the plan to murder Khashoggi.

US War Secretary Jim Mattis said Wednesday that the United States had a twin principle of accountability and the pursuit of human rights while also continuing to work with Saudi Arabia to end the war in Yemen.

“On the Khashoggi affair, presidents don’t often get the freedom to work with unblemished partners in all things,” Mattis told reporters.

The CIA believes Khashoggi’s death was ordered directly by the crown prince, Saudi Arabia’s de facto ruler, sources familiar with the matter have said. Mattis said he did not think the CIA or the Saudi government had fully established who was responsible for the killing.

A number of US lawmakers, including some of Trump’s fellow Republicans, pushed back sharply on his assessment and urged further congressional action.

The anti-interventionist congresswoman tweeted the scathing insult following an earlier statement from Trump, in which he said that the United States would stand by its Saudi allies despite conclusions from the CIA that the Saudi Crown Prince Mohammed bin Salman ordered Khashoggi's killing in October.

Sen. Lindsey Graham, R-S.C., who is close to Trump, also disagreed with the president’s decision, saying America must not lose its “moral voice” on the international stage.