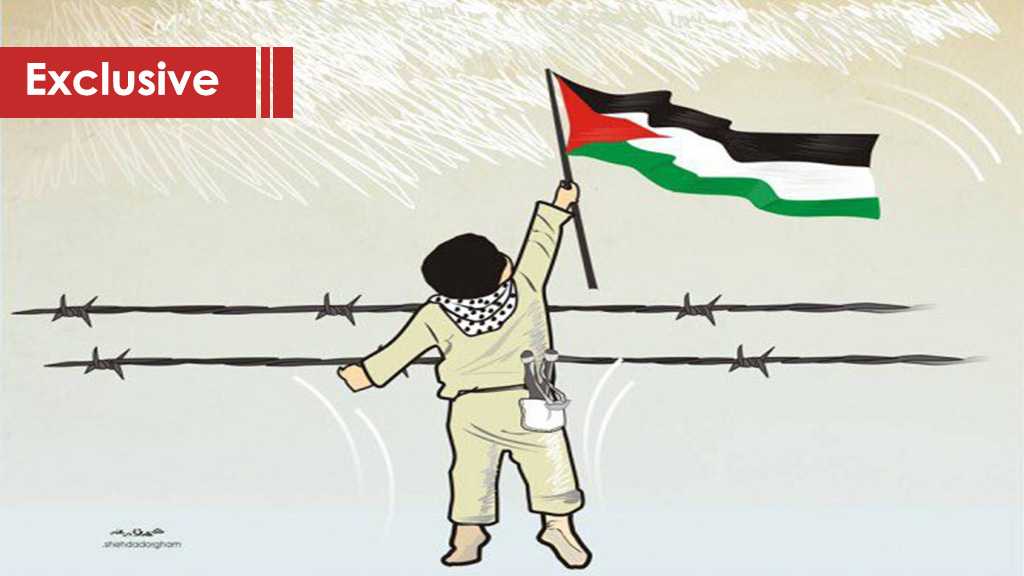 The act of celebration is very symbolic. Knowing what a people celebrate gives the spectator insight on what kind of society they represent, along with their values.

The Palestinians just celebrated repelling an offensive and avoiding another full-blown massacre against their families. They did not celebrate attacking the illegal settlers who continue to rape their land. Not that they don’t have every ethical right to do so; after all, those settlers are foreign elements who have displaced them by resorting to terrorist methods like the use of weapons and a mercenary army for the purpose of ethnic cleansing and the theft of ancestral land.

It just shows how genuinely pure their cause is – it gives indications of their social attitude. These are the same people who expressed sorrow for the many Jews who endured the unspeakable in Europe almost 80 years ago; they are the same people who opened their hearts and doors so innocently for those who barely made it with their lives. They did it under the belief in the Arabic saying "??? ???? ?????” which means God’s land can accommodate all.

Little did they know that the ships claiming to bring in refugees turned out to be transporting Zionists pretending to be Jews. Pretending, because humanity’s prophet Moses did not teach theft and is, by all means, exonerated from the criminal practices of these people. You are not a Jew if you do not follow the teachings and example of Moses.

The rockets shot at the occupied land were not an act of attack, they constituted a defense strategy. Terrorism could not have possibly been stopped with dialogue. God knows the Palestinians, with their natural social tendencies to peaceful approaches, had tried for decades, but words were always met with bullets and more extermination. Hence, the “Israelis” were met with reciprocation this time. It seems that a conversation in their own language is what yields results. Unleashing rockets back at them made them desist from leveling more buildings on children like they have done so many times before.

The Palestinians have celebrated the success of stopping another chapter in their holocaust.

Of course, what happened took its toll on an already divided and ailing “Israeli” political scene. The modern-day Heinrich Himmler of the Zionist entity decided to take a quick exit from the council of psychopaths they call government. Lieberman must have finally accepted the fact that being a bouncer at a nightclub does not necessarily qualify him to lead an occupying force. More reverberations took shape in the further plummeting of Netanyahu’s popularity among his people.

The footage that emerged this week of a beautiful symbol exploding while touched by impure hands carried immense significance. When “Israeli” terrorists tried to desecrate the great flag of Palestine with hands drenched in the blood of innocents, it exploded. A flag is the representation of a nation. It was a lesson; the nation will explode and engulf desecrators with fire just like its symbol did. They need to understand that regardless of how long they remain occupying the holy land, it will never be theirs just like it will never lose its real name, Palestine.

Next to the one dealing with the Palestinian resistance unifying in the face of terrorism, another great event took place during this same period. The Arab leaders who have been supporting Zionists in secret for so long have decided to come out in the open. As unfortunate as that may be, it does help put things in perspective. Now, the revelation that Palestine is not limited, as a cause, to Arabs has been confirmed. And now, those Palestinians who waited for the presumed Arab support know that they are not going to receive it.

The positive aspect is that the Palestinians are able to finally make better alliance calculations. The leaders who have always pretended to be supporters of this righteous central cause have made their reality public. The indisputable knowledge that they belong to the “Israeli” camp indicates that whomever they are against must be in the camp supporting Palestine.

The continuous bashing of the Syrian government, Hezbollah, and the Islamic Republic of Iran by the same people who welcome the oppressors of Palestinians does not require a great deal of analysis. The preposterous allegation that a Shiite geographical crescent is being formed to subdue Sunnis has been debunked by the same people who made it.

If there is a crescent in the making, it is one that includes Shiites, Sunnis, Druze, Alawites, Christians, and any other free soul who believes in Palestine.

It is high time to stop listening to the media funded by those who are too busy between offering “Israel” billions to strike Lebanon and turning their diplomatic missions into human slaughterhouses. Or, that of those who give a private mosque tour to the woman who compares the Islamic mosque Azan to dogs barking. People must focus on the deeds and not the words – contemporary history is sufficient to know whose compass is in the right direction, who is suffering from wars and crippling sanctions due to their dedication for Palestine.

May Palestine remain united and may it celebrate many more victories to come.