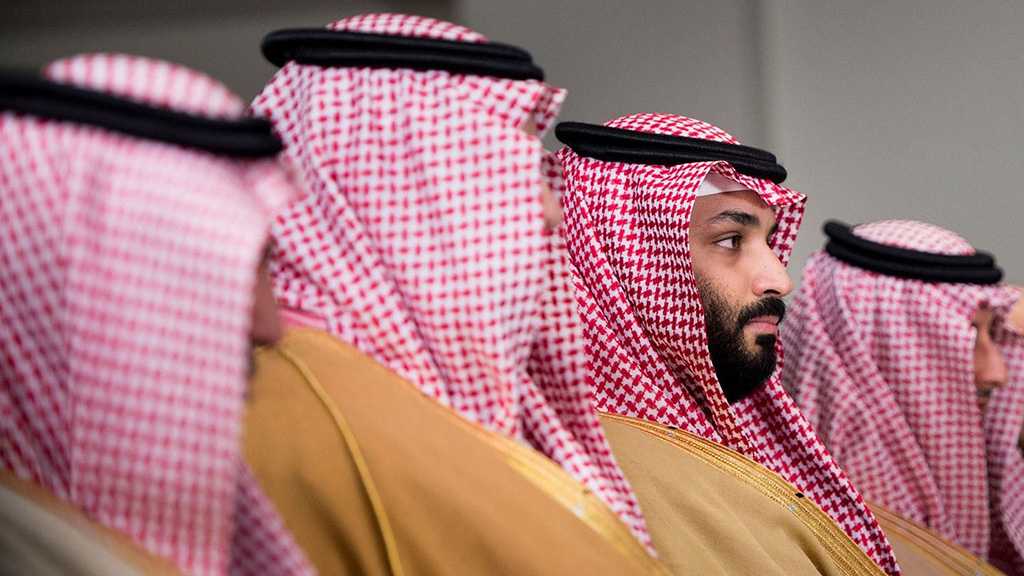 When Crown Prince Mohammed bin Salman of Saudi Arabia convened an outdoor banquet this spring for his fellow Arab rulers, seated among the kings, princes and presidents were two friends with few qualifications other than their closeness to the young prince himself: a poet who has become known for orchestrating ferocious social media campaigns, and a former security guard who runs the Saudi sports commission.

The two men had each played pivotal roles in many of the brazen power plays that have marked Prince Mohammed’s sprint to dominance of the kingdom — the ouster of the previous crown prince, the detentions of royals and businessmen in the Riyadh Ritz-Carlton, the kidnapping of the Lebanese prime minister, and the kingdom’s diplomatic spats with Qatarand Canada. Even Saudi royals have come to fear the prince’s two friends — Saud el-Qahtani, 40, and Turki al-Sheikh, 37 — and the Arab potentates around the table could scarcely object to their presence.

Now the killing of the Saudi dissident Jamal Khashoggi by Saudi agents has focused attention on their roles as enablers of the crown prince’s impulsiveness and aggression, and Saudi watchers consider the men’s fate a bellwether of the royal court’s direction as it grapples with the international outrage over the killing.

“They are the closest people to the crown prince,” said Kristin Smith Diwan, senior resident scholar at the Arab Gulf States Institute in Washington. “They are his political enforcers and the face of the brash new ‘Saudi first’ posture at home and abroad, and those opposed to the hypernationalist, thuggish direction in Saudi foreign policy would be happy to see them cut down to size.”

Neither man is among the 18 people Saudi Arabia says it has arrested in the course of its investigation into Mr. Khashoggi’s killing.

But the kingdom has already assigned some blame for the killing to Mr. Qahtani, the social-media czar. He lost his title as an adviser to the royal court because he contributed to the vitriolic rhetoric toward the kingdom’s critics that led to Mr. Khashoggi’s death, a Saudi official said. It is unclear which of his many duties Mr. Qahtani has relinquished.

Mr. Sheikh, the sports commissioner, was in New York for medical treatment during the killing, according to Saudis who know him, and has since avoided the spotlight.

Mr. Khashoggi, who was a Saudi insider before fleeing the kingdom last year to live in Virginia and write columns for The Washington Post, had said the two men exemplified what was dangerous about Prince Mohammed.

The crown prince “does not have political advisers except Turki al-Sheikh and Saud al-Qahtani,” Mr. Khashoggi said in private comments published by Newsweek after his death. “They are very thuggish. People fear them. You challenge them, you might end up in prison.”

Both men run portfolios — social media and sports — that resonate with the large population of young Saudis whom Prince Mohammed has courted as his base. Both have sought to fire up the fierce nationalism that the prince has encouraged by pouring money into battles against rivals in stadiums or on the internet.

Although neither portfolio relates to foreign affairs, foreign envoys often seek out the two men because of their influence, said Dennis Horak, the former Canadian ambassador to Riyadh who was expelled in August after other Canadian diplomats called for the release of detained rights activists.

Mr. Sheikh was approachable while Mr. Qahtani “had a much fiercer reputation,” Mr. Horak said. The pair, he said, was “not so much good cop-bad cop, more bad cop and lesser-bad cop.”

Like Prince Mohammed, neither was well known before the prince’s father, King Salman, ascended the throne in 2015. Both were educated inside the kingdom with scant experience abroad.

Critics in the kingdom say that they sometimes failed to understand the dynamics of Western politics and culture, like when Mr. Qahtani orchestrated the plastering of billboards and trucks in London with his boss’s photo during the crown prince’s visit there last spring — to the derision of Londoners unaccustomed to foreign personality cults.

But each man had skills the prince treasured.

Mr. Qahtani, who held an undergraduate law degree and wrote poetry, had been recruited to work in the royal court more than a decade ago. He gained a deep understanding of the royal family’s secrets that members and associates of the royal family say he later exploited to help Prince Mohammed plot his rise and eliminate his rivals.

He also appears to have developed an interest in hacking. As early as 2009, someone using credentials associated with Mr. Qahtani was trawling amateur hacking forums to learn about surveillance software, according to images of the posts captured by other forum members.

In 2012, someone using Mr. Qahtani’s government email address solicited services from the Italian spyware company Hacking Team, according emails later released by WikiLeaks. In one email, the writer sought a visit by people with “high technical knowledge” to “explain the solutions you offer and training and costs.”

“Will bear all the costs of the trip from A-Z,” the author of the email added.

Mr. Qahtani has become Prince Mohammed’s chief propagandist. With a Twitter following of 1.36 million users, he solicited names for a blacklist of enemies of the kingdom and then marshaled mass social media attacks against them, commanding followers his critics have called “electronic flies.” His work has earned him the nicknames Lord of the Flies, Mr. Hashtag and “Saudi Arabia’s Steve Bannon.”

Mr. Sheikh was a bodyguard in Prince Mohammed’s security detail who charmed the prince with his sense of humor and intense loyalty, said associates of the royal family who know both men. Roughly the same age, they developed a personal rapport, and the prince rewarded Mr. Sheikh with a seemingly limitless budget to make the kingdom an international contender in tennis, boxing, soccer and other sports. He has welcomed wrestling legend Hulk Hogan to Riyadh and last April, he joked in the ringabout keeping for himself the championship belt for the WWE’s Greatest Royal Rumble.

In an extension of his royally financed campaign to build a sports empire, Mr. Sheikh became the honorary president of one of the most successful and popular soccer teams in Egypt, an honor widely believed to reflect heavy investments of money from the crown prince. But Mr. Sheikh resigned in a dispute with the board after just a few months and instead bankrolled his own rival franchise, Pyramid. He recruited three star Brazilian players and launched a sports channel dedicated to his team, reportedly pouring in as much as $33 million.

But he complained publicly that Egyptian referees, fans and commentators were failing to appreciate his investments, and said he had asked Egypt’s president to intervene. In September, a stadium of Egyptian soccer fans broke out in vulgar chants denouncing Mr. Sheikh and the Saudis, and he responded by abandoning the team.

“Strange attacks from everywhere, and a new story every day,” he wrote on Facebook. “Why the headache?”

When an entertainment program on the Saudi-owned satellite network MBC last year seemed to hint at a rumored affair between Mr. Sheikh and an Egyptian singer, Mr. Sheikh ordered the network to fire the production team, according to industry executives familiar with the case. The show remains off the air.

Both men played signal roles in Prince Mohammed’s rise. In June 2017, Mr. Sheikh and Mr. Qahtani were among a handful of Prince Mohammed’s loyalists who forcibly detained the previous crown prince and interior minister, Prince Mohammed bin Nayef, holding him overnight and threatening him until he agreed to give up his claim to the throne, according to members and associates of the royal family.

In a video made the next day, Mr. Sheikh can be seen hovering behind the ousted prince as he pledges allegiance to Mohammed bin Salman. A social media campaign spread rumors that a cocaine addiction had made the ousted prince unfit to rule, and people close to the royal family said Mr. Qahtani fueled the rumors.

Both men sprang into action again when Saudi Arabia led a blockade of its tiny neighbor Qatar in June 2017, over its support for political Islam. They unleashed insults and promoted hashtags bashing Qatar, and Mr. Qahtani forced MBC to stop airing Turkish soap operas because of Turkey’s support for Qatar, costing the network millions in losses, according to industry executives.

He also persuaded Prince Mohammed to spend more than $100,000 on American television commercials denouncing Qatar, evidently unaware of how few Americans were following the Gulf dispute.

A Qatari-owned network, BeIN Sports, had acquired the exclusive rights to broadcast this year’s World Cup in the Arab world. So Mr. Qahtani helped promote BeoutQ, a bootleg operation beamed from Riyadh-based Arabsat. BeoutQ ripped live events from BeIN’s feed and broadcast the games without paying for rights, spurring international lawsuits. The Saudi government has denied any relationship to the pirate network.

Both men also played key roles again last fall when Crown Prince Mohammed arbitrarily detained hundreds of the kingdom’s richest businessmen and several of his royal cousins in a Ritz-Carlton hotel in what was billed as a crackdown on corruption — just a few weeks after Mr. Sheikh had picked up his $4.8 million Bugatti.

Both men acted as interrogators, demanding that the captives confess to corrupt self-enrichment and pledge to surrender vast sums, according to relatives and close associates of several detainees. Although blindfolded during some interrogations, detainees told relatives that they saw the two men or recognized their voices from broadcast interviews. Others said that through hotel room windows, they saw Mr. Sheikh coming and going surrounded by armed guards.

Several former detainees have reported physical mistreatment during the interrogations, including beatings, electrical shocks and suspension upside down for long periods.

Some have shown their family members lasting scars from the beatings and shocks, and in one case photographs of the bruises and scars have been shared with The New York Times; some of the pictures included the electronic monitoring bracelet that the government has forced released detainees to wear to track their movements. One was forced to make his consent to a forced confession with only a thumb print because he was too incapacitated to write out his signature, according to a relative informed by the detainee.

Although no evidence has emerged that either man directly abused the captives, both questioned detainees who had been abused.

The government of Saudi Arabia has called the allegations of physical abuse “absolutely untrue.”

A few weeks after his release from the Ritz, Prince al-Waleed bin Talal, once the kingdom’s wealthiest investor, made a donation of more than a half-million dollars to a Saudi soccer club, writing on Twitter that he was “responding to the invitation of my brother Turki al-Sheikh.”

Neither Mr. Qahtani nor Mr. Sheikh have commented publicly on the killing of Mr. Khashoggi. But Mr. Qahtani, who lost his title as a royal court adviser, appears to believe his days of serving the prince are not over.

After his dismissal, he tweeted his thanks to the king and crown prince for “this great opportunity to have the honor to serve the homeland.”

“I will remain a loyal servant of my country forever,” he added.