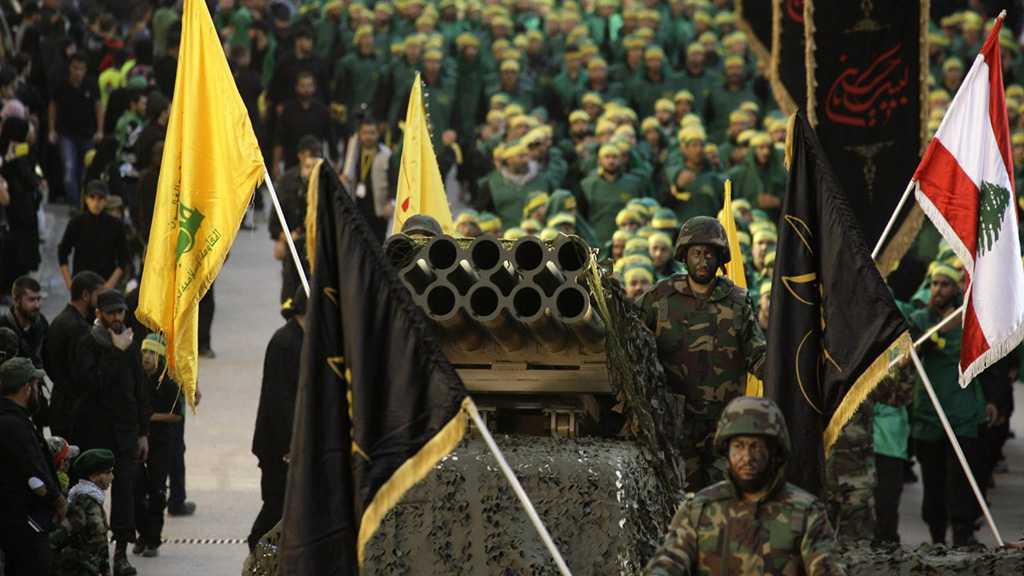 Hezbollah has threatened "Israel’s" northern border for decades. Today, however, the nature of this threat has become dire, and the risks of escalation real, according to a report published by “Real Clear Defense.”

When the next conflict erupts between “Israel” and Hezbollah, its scale and intensity will bear little resemblance to those of recent memory, the website added.

“Hezbollah today is highly competent, adaptable and lethal. Its forces have gained invaluable battlefield experience in Syria and amassed more weaponry than 95 percent of the world’s conventional militaries, including at least 120,000 rockets and missiles. This is more than all of Europe’s NATO members combined, and ten times as many as when it last went to war with “Israel” in 2006.”

According to the authors, especially troubling is Hezbollah’s growing arsenal of powerful long-range precision missiles capable of striking targets throughout “Israel.”

However, they stressed that unlike before, the Zionist entity’s missiles won’t be capable of shielding the occupied territories from such a threat. Since the beginning, Hezbollah will be able to sustain a launch rate of more than 3,000 missiles per day – as many as the Zionist entity faced in the entire 33-day 2006 war.

In the same respect, a key finding is that Hezbollah’s intentional emplacement of rockets, missiles and other vital military assets in villages and cities throughout Lebanon will increase risks to innocent civilians, the report said.

“To gain strategic advantage, Hezbollah will exploit the common – but erroneous – assumption that “Israel,” by virtue of attacking these sites, must be acting unlawfully.”

It is also expected that "the “Israeli” occupation forces will be compelled to undertake large-scale, aggressive operations to neutralize as much of Hezbollah’s rocket threat as possible before it is ever employed."

This will include ground operations deep into Lebanon. In addition to their sheer scale, the nature of such operations in towns and villages will magnify the likelihood of collateral damage and civilian casualties, the report went on to say.

There are worries, also, that the nature of a major combined arms operation will contribute to the operational and legal misperceptions that are so adeptly exploited by enemies like Hezbollah, resulting in condemnation of the Zionist entity from the international public, media and many states, the report added.