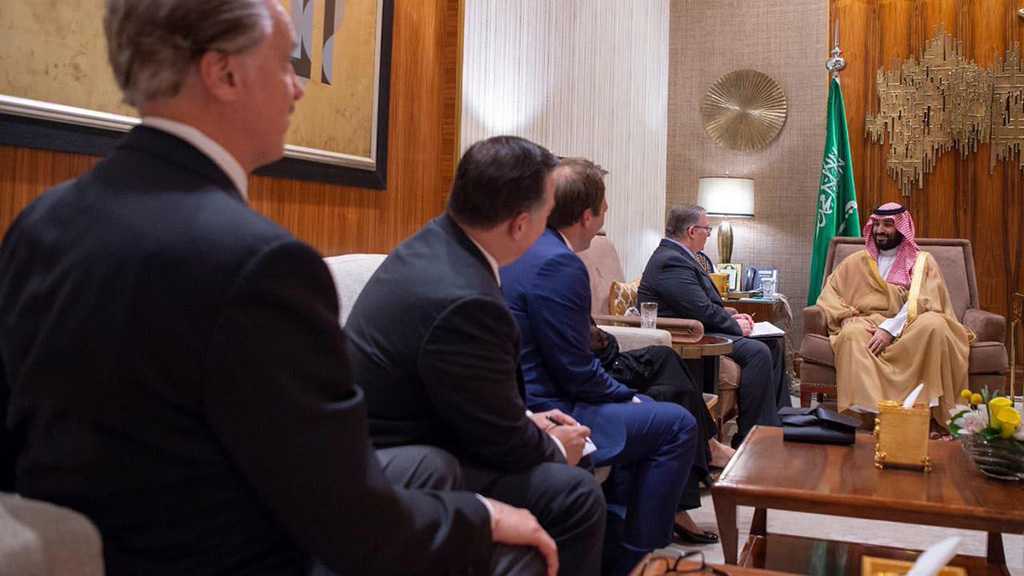 In a new sign of growing ties between the Zionist apartheid entity and Saudi Arabia, the kingdom's Crown Prince Mohammed Bin Salman hosted a delegation of Evangelical Christians on Thursday in Riyadh led by a prominent pro-“Israel” advocate who also lives in the apartheid entity.

It was Bin Salman's first meeting with a delegation of Evangelical Christian leaders. The group arrived in Saudi Arabia after holding similar talks in Abu Dhabi with Crown Prince Mohammed Bin Zayed.

The group was led by Joel C. Rosenberg, an author and Evangelical activist who lives in “Israel”. Other participants included Mike Evans, founder of the Friends of Zion Museum in Tel Aviv.

The timing of the meeting came as the Washington Post reported that “Israeli” Prime Minister Benjamin Netanyahu had asked senior members of the Trump administration to continue supporting Bin Salman despite the controversy surrounding his involvement in the murder of journalist Jamal Khashoggi.

According to the report, Netanyahu and other Middle East leaders like Egyptian President Abdel Fatah al-Sisi argued that Bin Salman is "an important strategic partner in the region".

“We were pleased by the invitation extended to us more than two months ago by the Kingdom of Saudi Arabia," the delegation said in a statement.

"Without question, this is a season of tremendous change in the Middle East, and therefore we have been grateful for the opportunity to meet in-person with key Arab leaders to understand their goals and to ask direct questions. We look forward to building upon these relationships and continuing the dialogue.”