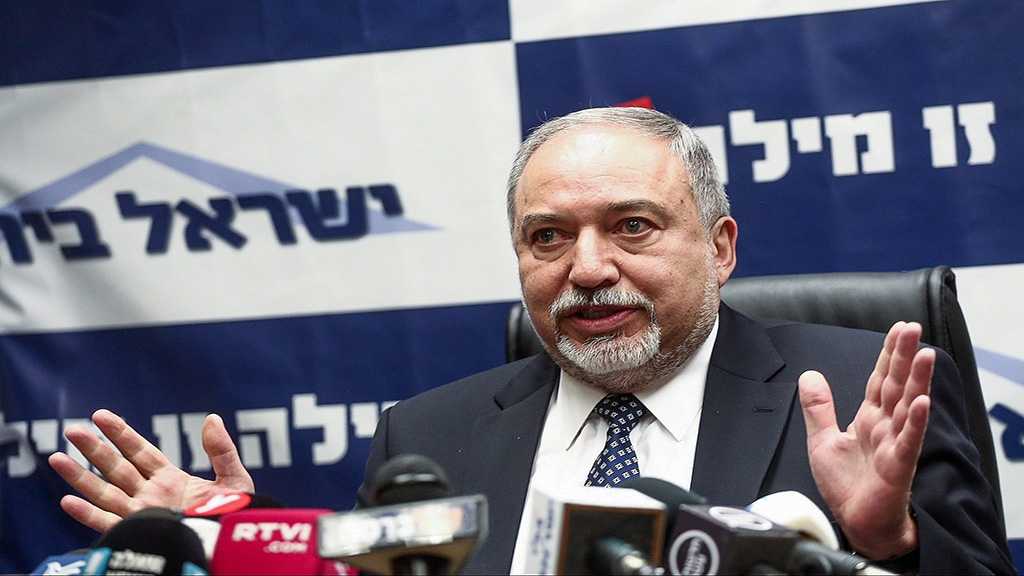 “Israeli” War Minister Avigdor Lieberman criticized his fellow Security Cabinet ministers on Monday for backing efforts to reach an arrangement with Hamas instead of delivering a strong blow to the Resistance Movement.

"Anyone who counts on an arrangement with Hamas is greatly mistaken," Lieberman said at a meeting of his “Yisrael Beytenu” faction. “My stance on the situation in the south is clear and well known, but unfortunately some members of Cabinet are deluded, and we already know from the past where such delusions lead.”

Lieberman further insisted that "There's no way to reach an arrangement with Hamas, and without delivering the hardest blow we can, we won't restore the quiet or the calm to the south."

"The majority of the Cabinet doesn't think as I do," he lamented. "I think that we should've already delivered such a blow several months ago."

"There is no need for a ground operation in Gaza, since we have enough means to restore calm without it. Even if we kill 40,000 Hamas and Islamic Jihad ‘terrorists’ it is not worth losing one “Israeli” soldier," the War minister stated.