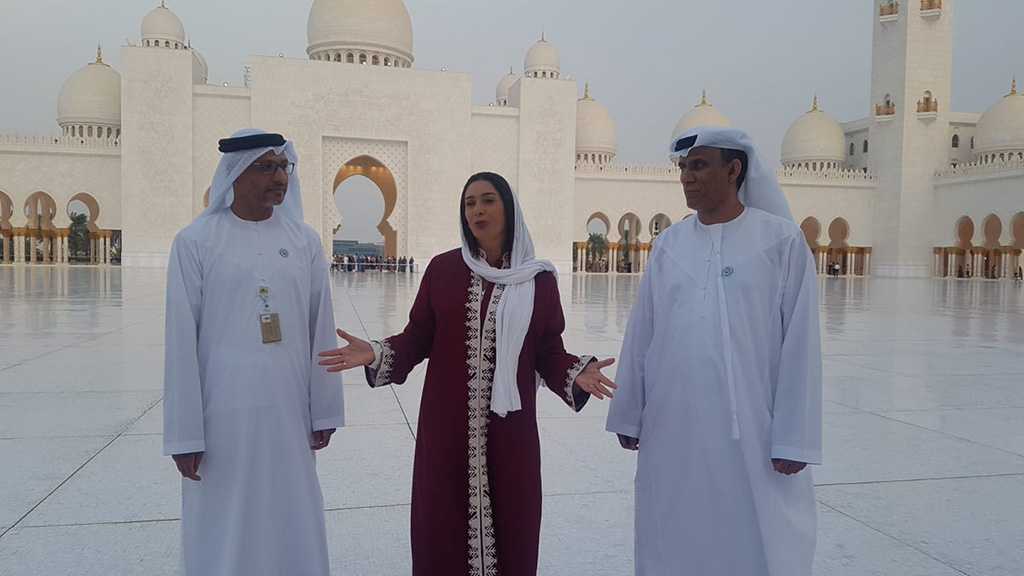 Some of the Gulf shamelessly opened the door for normalization with the apartheid Zionist entity, neglecting the Palestinian blood and sufferings.

According to information, several of “Israeli” PM Benjamin Netanyahu’s cabinet members are following to the Gulf.

“Israeli” Communications Minister Ayoob Kara will attend a conference in Dubai of the International Telecommunications Union on Monday, while Transportation Minister “Israel” Katz will participate next week in another international conference in the Omani capital, Muscat. Culture Minister Miri Regev has been in the United Arab Emirates since Friday, accompanying “Israel’s” national judo team at the Abu Dhabi Grand Slam.

Regev made an official visit to the third largest mosque in the world, the Sheikh Zayed Grand Mosque in Abu Dhabi.

“It is the first time that an “Israeli” minister has made an [official] visit,” said Regev. “The whole message here is of unity and peace.

The visit to the mosque is part of a seemingly new chapter in Tel Aviv’s ties with Dubai, which for the first time allowed its athletes to compete at the weekend judo competition. The Hebrew anthem “Hatikva” was also sung.