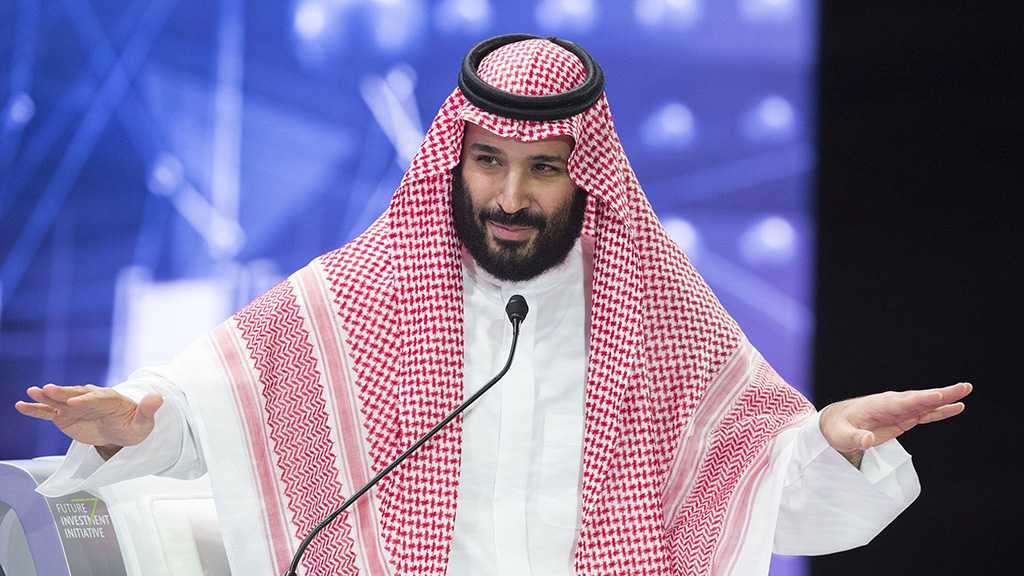 Unlike all countries in the Western camp, “Israel” remained silent and ignored the murder of journalist Jamal Khashoggi in the Saudi consulate in Istanbul. Its silence was the most telling indicator of Tel Aviv’s chosen course of action regarding this matter. This choice carried two possible sets of consequences that the “Israelis” were keen to avoid.

After the shock that echoed through Tel Aviv from the impact of the international fallout resulting from the Khashoggi murder, the political leadership initially had one of two choices: either publicly stand with Crown Prince Mohammed bin Salman as the world holds him responsible for the heinous crime or take a position consistent with the prevailing atmosphere in the Western world. This [second] approach runs counter to the rapprochement between Riyadh and Tel Aviv as well as “Israel's” interest in not weakening its closest ally, Salman, especially when “Israel” is facing rising threats from the axis of resistance.

As such, it is only natural that Tel Aviv is keen not to cause any disruptions in this relationship, which is often described by Benjamin Netanyahu as being on an upward trajectory. The meetings and positions we see and hear about in public are only a fraction of what is happening behind the scenes. War Minister Avigdor Lieberman’s reply to journalists regarding Khashoggi’s murder showed “Israel’s” preference to remain silent, which was the result of a calculated decision. ““Israel” has a lot of problems, leave that [Khashoggi’s murder] to the international community,” Lieberman said.

But what Tel Aviv has kept silent about – in other words, what it did not say directly and explicitly – US President Donald Trump revealed. Trump explained the reasons for his commitment to the current Saudi leadership.

"Certainly it would be a very bad thing in terms of relationship,” Trump said in an interview with the Wall Street Journal. “They’ve been a very good ally. They’ve been a tremendous investor in our military equipment and other things. They buy tremendous amounts of things from our country. … If you look at what they’re doing, they’ve been a very good ally with respect to Iran and with respect to Israel. And it would be a very big change … we have a very, very strong and positive thing going on in the Middle East for the first time in many years.”

Needless to say, Trump’s position on the matter does not come from a person who is ill informed, but rather from his familiarity with the details. In substance, his position was not surprising. Yet it underscores the context governing Saudi-“Israeli” relations.

Looking back at the different stages that the “Israeli” entity has undergone throughout history reveals a frequent harmony between Tel Aviv and the Saudi regime. Political circumstances did not allow for a public and official rapprochement between the two sides. However, this did not prevent them from being placed in the same international and regional camp. Their priorities even overlapped on more than one occasion throughout history.

A mere glance at the positions of Riyadh and Tel Aviv reveals clearly that their priorities overlapped to the point of being undistinguishable. Iran and the axis of resistance topped both their agendas. Both mobilize their military, political, intelligence, financial and media capabilities to confront them. In the same context, we find that the official and media rhetoric is nearly identical, both from a sectarian perspective and the classification of regional powers.

The Saudi regime has gradually been revealing its relationship with the “Israeli” entity. The last public meeting between the “Israeli” Chief of Staff, Gadi Eisenkot, and his Saudi counterpart Fayyad al-Ruwaili comes as no surprise. This meeting took place on the sidelines of the annual conference of the chiefs of staff  [a counter-terrorism conference] hosted by the US. The conference was characterized by the public nature of the gathering and brought together chiefs of staff. It comes in a regional and political context that crystalized into camps. According to “Israel’s” state-owned television channel, the two generals arrived at the same conclusion regarding Iran's threats and a common vision on how to deal with and confront the Iranian threat.

The future of the public nature of the Riyadh-Tel Aviv relationship is linked to two dimensions: the regional one and the personality of Mohammed bin Salman.

Regarding the first, it has become evident that Tel Aviv and Riyadh require more mutual coordination, especially after the failures following the US invasion of Iraq in 2003, the Syrian crisis and the aggression on Yemen. They also need to upgrade to a public strategic alliance, which is gradually moving forward and in an upward trajectory, as the developments have proved. But the political stalemate related to the Palestinian settlement process (the "deal of century") has curbed its momentum.

It is no secret that the entire course of the developing “Israeli”-Saudi relationship has received unprecedented momentum as a result of the appointment of Mohammed bin Salman as crown prince. But it is not expected that the “Israeli” government will elaborate on Bin Salman’s direct role in this affair. As for what the “Israelis” are being silent about, Trump addressed to a certain extent and many experts and commentators elaborated on it.

Some expressed their disappointment with the crown prince that Tel Aviv had placed their hopes on. They viewed him as the "reformist prince" and “Israel’s” friend who recognized the right of the Jews to their land and pledged to enforce the "deal of the century " at the expense of the Palestinians. Some fear that “Israel” would stand alone against Iran in the event that the effects of the Khashoggi murder escalate.

For example, political analyst Ben Caspit quoted a senior “Israeli” security official as saying: "We are dealing here with two relatively young princes (referring to Bin Salman and Abu Dhabi Crown Prince Mohammed bin Zayed). Bin Salman shows an unusual boldness, perhaps too much adventurism. He takes decisions that were considered crazy just one or two years ago. He brings Saudi diplomacy to entirely different levels. It is interesting to see how this will end."

For his part, former US ambassador to Tel Aviv Dan Shapiro said that "Bin Salman's involvement in Khashoggi's death is a disaster for “Israel”", warning that he put Saudi Arabia in a position of mistrust under his rule and undermined any possible international consensus on pressuring Iran.

In the light of Bin Salma’s strategic short-sightedness, as Shapiro described it, one wonders whether he will resort to dramatic steps toward “Israel” in order to restore Western support in case he felt the noose tighten around his neck. Would steps in this direction do him any good? What role can the “Israeli” entity play to get the prince out of his predicament? And will it be done publicly or in secret?