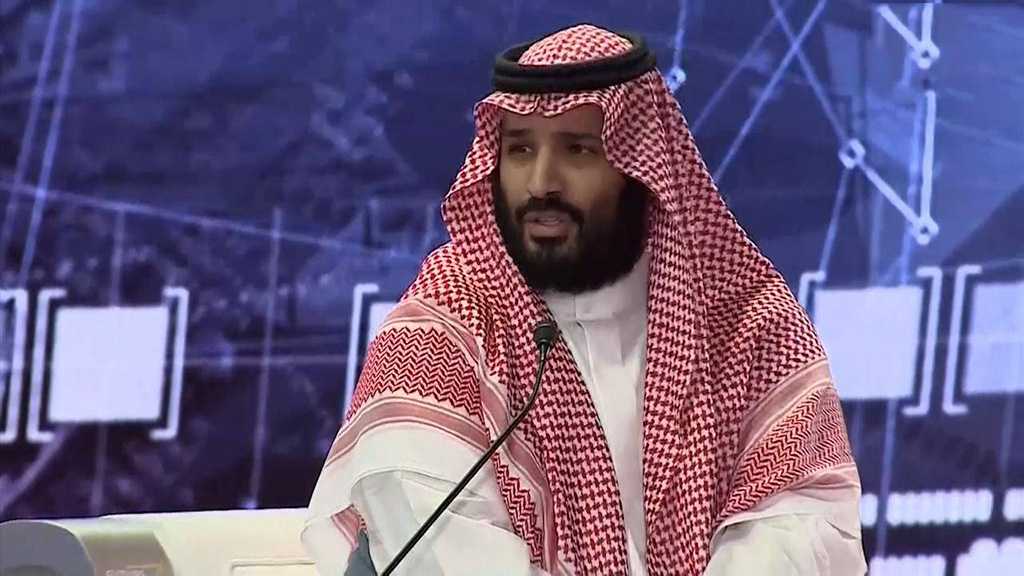 “If I disappear you know what happened to me.” That was the last thing Saudi Prince Sultan bin Turki said to me on an encrypted messaging app.

It was early 2016. I had been speaking to this dissident prince sporadically – he was living in self-imposed exile In Europe – for nearly a year, to get a sense of what other strands of the sprawling House of Saudi felt about the new King Salman and his then deputy Crown Prince Mohammed bin Salman. Then aged just 31, the crown prince had seen a meteoric rise to power: he was the youngest defense minister in the world.

At the time, I thought the prince was being a little dramatic. He also claimed he had been kidnapped from Geneva by the regime in 2003.

But a few weeks later, one of Sultan bin Turki’s aides messaged me to say he was supposed to meet the prince in Cairo but the plane never landed.

The friend claimed the royal rebel had been lured by the regime to the Egyptian capital to see his father, and they had convinced him to take a royal court plane, not the chartered private jet that he had initially booked.

“I spoke to him before he got on the flight… He actually joked that should he not make it, it was likely he was in Riyadh and I should raise the alarm,” the friend said at the time.

Fast forward two years and I still haven’t heard from Sultan. His friends still think he is under house arrest in the Saudi capital.

At the time, the story sounded so bizarre it seemed untrue. Only a handful of us covered his disappearance – the article I wrote got little traction.

But during the following two years it became part of a familiar pattern: there were mounting reports from the Kingdom and about the crown prince, including kidnappings, mass arrests at the five-star Ritz-Carlton hotel and the alleged targeting of civilians in the Yemen war. These reports were worrying, but they were ignored.

Instead, he was praised as a young social reformer for curtailing the power of the religious police and allowing women to enter football stadiums and to drive. It’s telling that during that time, the UK sold nearly £4bn worth of arms and military kit to Saudi Arabia – in the first half 2017 alone that bill had topped £1.1bn. The world heralded his promotion to crown prince last year.

It was only when Saudi journalist Jamal Khashoggi entered his consulate in Istanbul and vanished that there was uproar and shock. Only then – when leaks of his brutal murder and the alleged implication of the crown prince trickled out – were there serious discussions about repercussions like cancelling business deals and halting weapons sales. The Saudi explanation that the all-powerful Crown Prince knew nothing of the plans to kill Khashoggi, who apparently died in a “fist fight”, marked one of the first times that world leaders questioned the Kingdom’s official state line.

The number of people who asked me in total disbelief how this had happened, how the crown prince, the young reformer, could be involved, was as telling as it was frustrating.

Saudis both from within and outside the Kingdom messaged me in anger at the world’s shock.

“What do they expect? Now one can stop him,” said Abdulaziz al-Moayyed, a Saudi dissident who once moved in similar circles to the prince.

The west’s determination to turn a blind eye to the goings on in Saudi had led to the possibility that the royal court felt emboldened enough to do anything – even allegedly order the torture and murder of a subject in the consulate.

The warning signs have been there for years.

A year before Prince Sultan went missing, Prince Turki bin Bandar, once a major in the police who took to publishing videos criticizing the regime, disappeared. Many royal insiders believe he is now dead. Around the same time as Prince Sultan vanished, Saud bin Saif al-Nasr, a relatively minor royal who publicly backed calls for King Salman’s removal, went missing as well. Although the Saudi authorities don’t comment on specific claims, they have denied that they forcibly “disappeared” people.

Meanwhile the crown prince was accused of kidnapping Lebanese Prime Minister Saad al-Hariri, who has Saudi citizenship, when he was summoned to Riyadh a year ago and compelled to resign in a speech read out on television from Saudi until France intervened to free him.

A few months after that the crown prince ordered the sudden detention of 200 people, including princes, serving ministers and some of Saudi’s richest in the Ritz Carlton hotel on corruption charges. There were reports one of the detainees had been tortured to death although the Saudis have dismissed these allegations as “absolutely untrue”.

Although the hotel was emptied, and this week was the stage of Saudi’s massive investment conference, some of the detainees are still unaccounted. Those include Prince Abdul Aziz bin Fahd, 45, son of the late King Fahd and Prince Khaled bin Talal, 56, the brother of Saudi billionaire Al-Waleed bin Talal, who was also arrested.

But rather than showing concern, many people laughed at the notion of princes in a gilded prison.

Thomas Friedman, writing in the New York Times, bought the line that the missing people were part of a massive corruption drive, calling the mass round up an “unusual and important initiative”. He concluded that the then 32-year old was instead the figurehead of a new “Arab Spring, Saudi style”.

A few months later in March, during a visit to London by Mohammed bin Salman, Theresa May defended the “historic” relationship with Saudi Arabia.

“It is an important one, and it has saved the lives of potentially hundreds of people in this country,” she added. Without elaborating.

Saudi’s top prosecutor has now admitted that Khashoggi’s killing was likely “premeditated”, leading many to question how the crown prince didn’t know. But that hasn’t allayed any fears in Saudi that the crown prince might be held accountable or that it might impact his position. Having consolidated the power of the crown and isolated himself from so many strands of the family, his removal from office could also trigger the downfall of King Salman: something the rest of the world does not want.

“The prosecutor, who was hired by MBS, cannot say anything without the permission of the prince. He is like a ring on MBS’s finger. So all things he has said are futile,” said one figure, close to royal circles in Saudi.

Prince Sultan’s words of warning all those years ago are now eerily prescient. “They have kidnapped me before, they can do it again. They are capable of anything.”