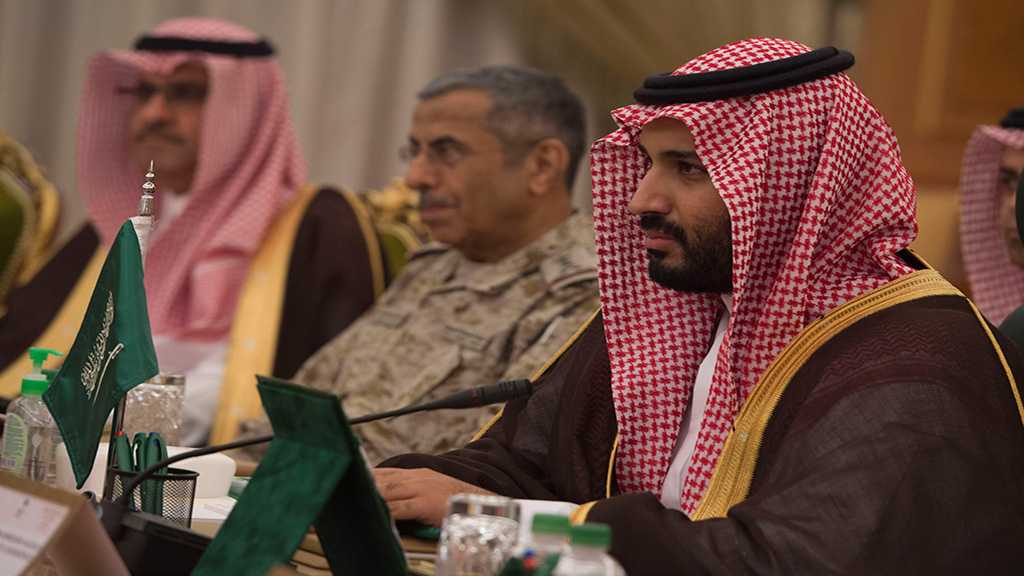 As the Western-assisted war in Yemen was taking its toll on the starving civilian population, some might recall a New York Times columnist writing a particularly absurd love letter to the war's architect, Mohammed bin Salman [MBS].

Think tanks and corporate media outlets in Washington and beyond had already been churning out pro-MBS propaganda well before this particular puff piece, and later - especially during the three week US tour by this "great reformer" - many more were to come. But Thomas Friedman was, as ever, in a league of his own, hailing an "Arab Spring" "led from the top down" by MBS. "Only a fool would not root for it", the columnist declared.

Saudi Arabia has a long history of Western-acclaimed reformist monarchs, such as late King Abdullah, King Salman’s predecessor, who actively enforced the ban on female driving and even reformed conceptions of fatherhood by starving four of his young daughters held under house arrest for well over a decade.

The solid tradition of continuity and reform under successive Saudi monarchs is also manifested in the unrelenting support for the many takfiri groups across the globe. Saudi Arabia is the second largest source of foreign fighters for the Islamic State group [Daesh] — roughly 2,500 have joined.

Western governments do not assist these reformist tyrants despite their despotism, but because of it. In their infinite wisdom, they recognize that their interests, as well as those of “Israel,” would not be well served through any other means of governance.

Support for ruthless entities, like Saudi Arabia and the United Arab Emirates, has far-reaching benefits but appearances can still be kept up, with regime critics hosted in the West and human rights organizations issuing regular, ineffectual reports full of Eurocentric hypocrisy.

Meanwhile, there is little focus on the permanent feature of Western-sponsored crimes against humanity, war crimes, or genocide, but rather the emphasis is typically placed upon the responsibility of what is assumed to be an ethically superior "West" to show greater moral leadership in preserving and promoting its "values".

Everyone wins, as supposedly well-intentioned wars - as well as crippling and crushing sanctions - are justified, with the usual amounts of bloodshed, destruction, and repression. Jobs are created and massive profits are generated for shareholders.

This is the proud legacy that the likes of venerated warmonger John McCain have left for the rest of humanity. As Madeleine Albright once put it, upon being told that more than half a million Iraqi children had died because of US-instigated sanctions on Iraq: "We think the price was worth it."

For those Western-based and-or funded "critics" who carry out terrorist attacks in places like Iran or Turkey under alternative names, or those who are groomed in "cultural centers" to carry out suicide missions for "freedom” and "liberation" in countries such as Libya, Syria or Afghanistan, an altogether different and somewhat murkier category of "necessary evil" is assigned.

Well-paid think tankers, pundits, and Western-based spokespeople declare them to be freedom fighters that receive nominal support - "humanitarian" of course - from Western "sources".

When it eventually becomes apparent that "nominal" can actually mean "very substantial" and that their operations are often very brutal, the narrative is updated and we are told that supporting these people is a "necessary evil".

After all, they are fighting an even greater evil [usually code for Iran].

Having known Jamal Khashoggi for almost a decade, what was most astonishing was not his gruesome murder but learning, almost a year ago, that the Saudis had banned him from speaking and writing after criticizing Donald Trump, who was then the president-elect.

Partly as a result of his eloquence, Khashoggi was an effective defender of the ruling regime and, unlike his Saudi and UAE colleagues, he was well-mannered and continuously struggling to deliver quasi-logical justifications for what many critics viewed as barbaric behavior.

Ironically, thanks to Khashoggi's position as a prominent journalist and his extensive and long-lasting links with key princes in the House of Saud, his murder - unlike those of countless Yemeni, Iraqi and Syrian victims of the Saudi regime and its Western enablers - was not ignored.

For years, he was very well funded and had developed extensive connections with highly influential elite figures and institutions in the United States. Hence, he was now one of them and news of his death, unlike the starving children of Yemen, would not go unnoticed.

Even the American senator Lindsey Graham raged that he was the biggest defender of the Saudis, but was now personally offended, felt used and abused, and warned that MBS could never be a world leader and must go.

Many other leaders, senators, news programs and media outlets also exploded with feigned outrage. Apparently, they had suddenly discovered the genocide in Yemen, the Saudi army of online trolls, intrusive surveillance, religious extremism, and systematic brutality.

Curiously, the focus of much of this sudden moral outrage seems directed at Trump as much as MBS, as if the US's central role in the ongoing war crimes in Yemen and other regional catastrophes had magically manifested only following the election of the reality TV star.

Trump’s foolish attempt to cover-up this particular savagery is appalling, but the anti-Trump media and governmental establishment's years of indifference toward - and support for - far greater atrocities than the admittedly horrible murder of an innocent man, should see them found guilty alongside Mohammed bin Salman and the current American president.

As in George Orwell's Animal Farm, in which the pigs become indistinguishable from the humans, distinguishing between the Saudi regime and its Western enablers is virtually impossible.

It remains unwise to predict the future. We do not possess King Salman's glowing orb. Nonetheless, whether or not MBS survives this episode, it is unlikely that either he or his reign will last very long, and as things stand the Saudi regime and its Emirati sidekick are heading into dark times.

Just as Trump's casinos went bankrupt, his unwise gamble on MBS in targeting Iran and the Palestinians will eventually lead to further US moral and geopolitical bankruptcy in the region. This fiasco not only enhances Iran and Turkey, but strengthens all those who have suffered from Saudi fanaticism and American subjugation.