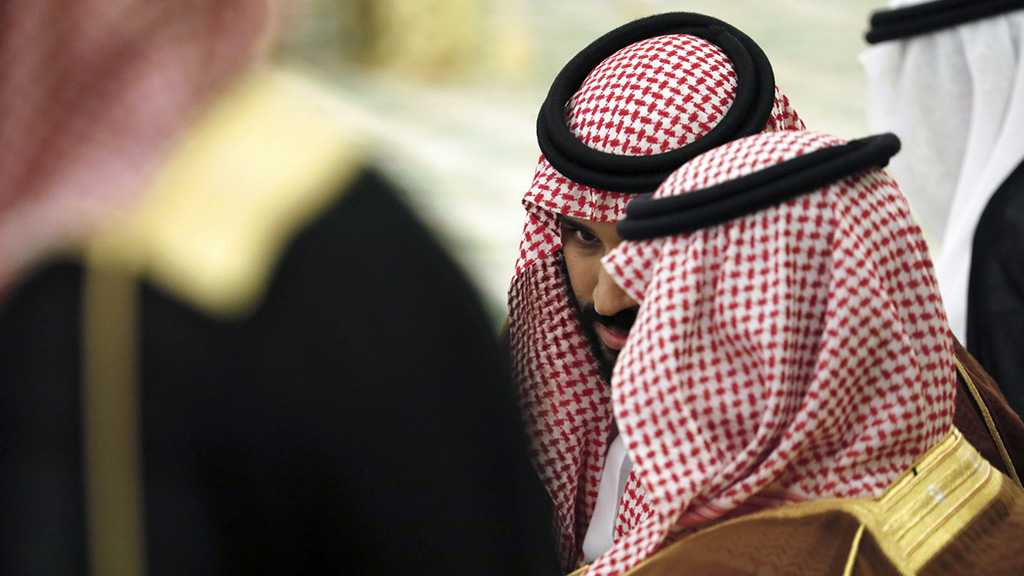 Modern Saudi Arabia has only twice witnessed the ouster of its king. King Saud, the son and first successor of the country’s founder, was forced out peacefully, in 1964, but his departure was six years in the making. King Faisal, who orchestrated the coup against Saud and succeeded him, was assassinated eleven years later, by a nephew. (Three months later, the nephew was beheaded, by a sword with a golden hilt, as a crowd shouted, “God is great.”) Both upheavals linger in the public memory as questions grow about Saudi Arabia’s current de-facto leader and crown prince, Mohammed bin Salman, and his role in the murder of the journalist Jamal Khashoggi. Several of the henchmen involved in the murder of the Washington Post columnist, which took place at the Saudi Consulate in Istanbul, were part of Prince Mohammed’s inner circle or security entourage. MBS, as the prince is widely known, has been widely implicated, directly or indirectly.

“Yes, I think he did it,” Senator Bob Corker, the chair of the Senate Foreign Relations Committee, told CNN. On Tuesday, the President of Turkey, Recep Tayyip Erdo?an, charged that some of the “highest ranking” Saudi officials were involved in the killing. “From the person who gave the order to the person who carried it out, they must all be brought to account,” he told the Turkish parliament. Finally, on Thursday—after two weeks of claiming that the Saudi journalist had exited the consulate alive, and then claiming that he had been accidentally murdered in a “rogue” rendition—Saudi officials reversed course yet again and conceded that “new information” gleaned in a joint investigation with Turkey had confirmed that the murder was, indeed, premeditated.

The crown prince appears to be aware of the dangers ahead. He also already appears to be gaming his political rehabilitation, both at home and in the eyes of the outside world. His first public comment on Khashoggi’s murder was, notably, at the “Davos in the Desert” conference designed to lure foreign investment to pay for his own ambitious Vision 2030 economic plan. With his red-checkered kaffiyeh draped over the front of his pristine white robe, MBS finally broke his three-week silence on the murder of his fellow-Saudi. “The incident was really painful to all Saudis. I believe it is painful to every human in the world,” he said, on Wednesday. “It is a heinous crime that cannot be justified.”

Prince Mohammed’s first comment—and the recent arrest of eighteen Saudis—will clearly not be enough, especially for the international community. On Thursday, the European Union’s parliament voted, 325–1, to ban all arms exports “of surveillance systems and other dual-use items that may be used in Saudi Arabia for the purposes of repression.” In Washington, both Republicans and Democrats have advocated limits on arms exports, particularly for use in Saudi Arabia’s three-year war in Yemen.

There are at least four potential scenarios for how all this will play out for MBS, Saudis and Middle East experts contend. The first centers on the royal family’s response. In 1975, after King Faisal’s murder, the then governor of Riyadh, Prince Salman, was reportedly the only royal in a crowd of some ten thousand to witness the execution of the young assassin. (The assassin’s head was displayed on a stake for a time, before being removed for burial, the Times reported.) That same Salman is now king; MBS is his son and political heir.

One scenario is that the international furor eventually settles down and MBS remains the crown prince and retains his hold on the country’s future. “People who think there’s going to be any change in the succession are wrong,” Prince Turki al-Faisal, a former chief of Saudi intelligence and a former ambassador to the United States, told David Ignatius of the Washington Post this week. “The more [foreign] criticism there is of the crown prince, the more popular he is in the kingdom.”

Before the murder, MBS seemed widely popular among young Saudis, because he provided release valves in the kingdom’s rigid social mores—opening movie theatres, allowing women to drive, and reining in the morality police. Opposition often played out over human rights or on sectarian grounds, fueled by the isolation and repression of the minority Shiite population. Judging public sentiment in Saudi Arabia is difficult, however, as it is one of the most impenetrable societies on earth and has no independent public polling.

A second scenario is that MBS is replaced as crown prince. There is precedent for this. Since King Salman came to power, three years ago, he has twice dismissed a crown prince: Prince Muqrin, one of the last of the generation sired by the kingdom’s founder, was pushed aside in 2015. Prince Nayef, the former Minister of the Interior and a close US ally on counterterrorism, was forced out in 2017—to make space for MBS Nayef is still under virtual house arrest.

“A lot of senior princes are whispering in the king’s ear that it’s time for MBS to be moved aside and another son of the king or another member of the family to be put in his place,” Bruce Riedel, a former senior US intelligence official, said at a Wilson Center event on Wednesday. “They have to be aware that MBS is the greater danger to the kingdom today.”

The crown prince’s ouster is perhaps possible, but it’s not yet probable. It would take a decision by the king to turn against his favorite son. And, as Senator Corker told CNN, King Salman “is not particularly coherent.” The king is now in his early eighties and has purportedly been ailing in the last few years, possibly with a mild form of dementia. That is one reason that MBS has been able to swiftly consolidate all the wings of political, military, and economic power under his own office.

More basically, there is no sign yet of a coalition within the royal family to block MBS’s ascension to the throne. Gregory Gause, a Saudi expert at the Bush School of Government, at Texas A. & M., told me, “I haven’t seen any public evidence—as in the past incidents—of an intra-family dispute. Although many don’t like him, they don’t have the ability to get together to stop him.”

The House of Saud today is also vastly larger than it was during its first two painful transitions of power, decades ago. The royal family is sprawling. Ibn Saud, the founder, had more than forty sons and even more daughters. Saud, his son, had more than a hundred children. The family now has thousands of members. Partly because of its size—and the imminent transition from the first generation of brothers to some of their sons—the late King Abdullah announced, in 2006, the creation of an Allegiance Council. It currently includes only thirty-five senior princes. The king alone used to name his crown prince. Now the council is empowered to vote on his candidate. Few on the Allegiance Council opted to vote against MBS when he was appointed, last year. Royals have grumbled to me in the past over MBS’s increasingly repressive ways, but few have been willing to challenge him as he has consolidated power. Few Saudis dare to publicly challenge the powerful crown prince for fear of retribution. “Most of the public who are not happy with MBS are happy with the pressure on him from outside the country,” a Saudi academic, who asked not to be identified because he has family in the kingdom, told me. “They don’t want to become a victim by going public and facing a crackdown.” Chaos in other parts of the Middle East—in Syria, Libya, Yemen, and Iraq—has also been a reality check on the public thinking. “Someone from outside the system could make it collapse, and they don’t want to see instability like elsewhere in the region,” he told me.

The third scenario is that MBS’s hold on power is weakened, possibly by having other princes appointed to take over some of his current positions. “We might see his wings clipped,” Gause told me. “Perhaps the appointment of some senior people in new positions—Khalid al Faisal as foreign minister?—to act as guard rails on foreign policy, so he cannot act unilaterally. But things are very fluid.” he Saudi academic added, “MBS will have to bow down, to compromise. He can’t rule like he did a month ago.”

The crown prince may also not be able to ascend to the throne as fast as he hoped. For months, there has been speculation in the region and in Washington that MBS was jockeying for his father to step aside as king and become regent, citing ill health. MBS would then ascend to the throne while his father was still alive. That would make it harder for any opposition within the royal family to emerge, as it might after the king’s death. “Khashoggi’s death makes that scenario less likely,” Gause said. “MBS needs the cover of his father until this dies down.”

The fourth scenario is what happened to Faisal—someone targets him physically. It seems, by far, the least likely. Whatever happens to MBS will have sweeping consequences. It could shape the future of the desert kingdom for many decades; he is only thirty-three. It will influence the immediate Gulf region, notably Saudi Arabia’s open-ended war in Yemen on its southern border (launched in 2015) and its blockade of Qatar to the east (started in 2017). Each was a brainchild of the crown prince. His fate will play out in the wider Middle East, too, given Prince Mohammed’s heavy-handed foreign policy in Lebanon, Egypt, and Syria. And it will have a rippling impact worldwide, given that Saudi Arabia is the world’s largest oil exporter and the largest reservoir for future oil supplies. Dozens of countries depend on it for energy and fuel. The impact of Jamal Khashoggi’s murder is only beginning to be felt.