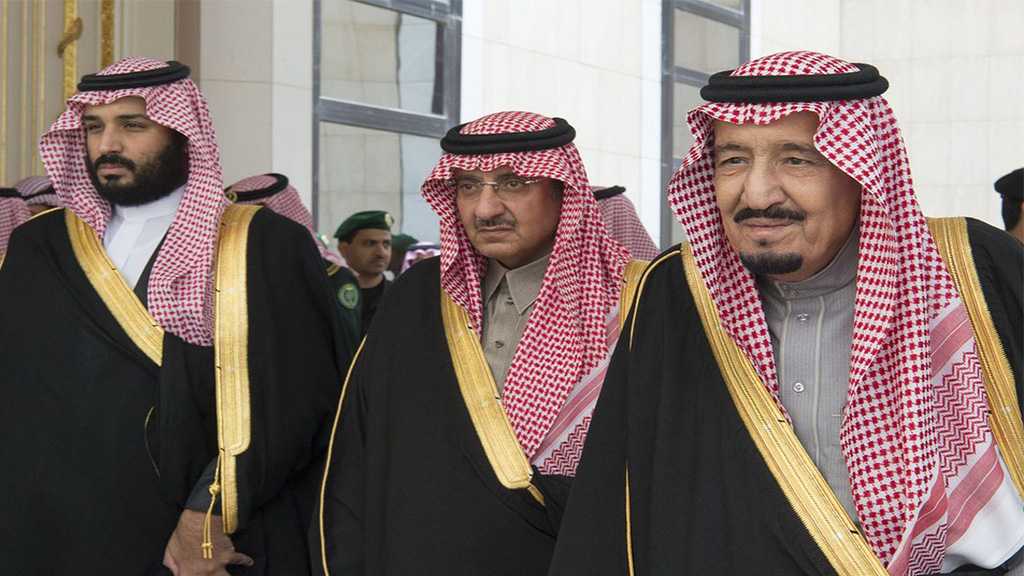 As international outrage grew at Saudi Arabia over the apparent killing of the Saudi dissident journalist Jamal Khashoggi in Istanbul, an alarmed King Salman dispatched a senior royal to address the matter with Turkey’s president.

Prince Khalid al-Faisal returned home from Ankara with a bleak message for the royal family: “It is really difficult to get out of this one,” Prince Khalid told relatives after his return, one of those family members recalled this week. “He was really disturbed by it.”

Saudi Arabia is facing perhaps its greatest international crisis since the revelation that its citizens planned and carried out the attacks on September 11, 2001.

Members of the ruling family are increasingly worried about the direction of the country under the leadership of Crown Prince Mohammed bin Salman, the 33-year-old favorite son of King Salman and the kingdom’s day-to-day ruler.

But unlike 2001, when the royal family came together to protect its collective interests, this time that may not be possible. Instead, there is deep concern, as royals search, so far in vain, for a way to contain the crown prince, who has consolidated power so completely that nearly everyone else is marginalized.

The one person who could intervene is the king himself, but senior princes have found it nearly impossible to bring their concerns to the 82-year-old monarch, and some doubt he is fully aware of what is happening or willing to change course.

“The king has no capacity to handle it,” said an employee of a senior prince, speaking on condition of anonymity like others in this article because of fear of repercussions.

Since the Saudi state was founded in 1932, the royal family has at times been torn by disagreements, even an assassination. But the thousands of princes and princesses who make up the House of Saud have ultimately found ways to preserve the dynasty. There was simply too much at stake to let family rifts get in the way of lavish lifestyles, exorbitant allowances and unrivaled privileges.

Then came Crown Prince Mohammed — young, brash and eager — who has systematically dismantled the system of consensus that kept the peace for decades.

With all the power in his hands, the crown prince also abandoned the traditional Saudi foreign policy style that used quiet, behind-the-scenes deal making and checkbook diplomacy. Instead, he moved aggressively, launching a disastrous military intervention in Yemen; kidnapping the Lebanese prime minister; and rupturing relations with Qatar and Canada. Meanwhile, he marketed a new Saudi Arabia abroad in which a dynamic economy would boom and women would drive.

That pitch won over fans who saw him as exactly the kind of leader the kingdom needed to shake off its conservative past. Among those fans was the Trump administration, which made him the pillar of its Middle East policy.

But his rise irked many of his cousins, who now fear the worst as they helplessly watch the kingdom’s reputation become toxic.

Turkish officials have said a 15-member hit team from Saudi Arabia was waiting for Mr. Khoshoggi and dismembered him inside the consulate. It seems unlikely that such an operation could have been undertaken without the crown prince’s knowledge.

Such a prospect has created something the prince’s relatives thought they’d never see: a problem they cannot buy their way out of. And none appear willing or able to match the young prince’s Machiavellian tactics.

“They aren’t a particularly draconian bunch,” said another longtime associate of the royal family, describing the philosophy of some princes as, “We just want to eat burgers and go on foreign holidays.”

Associates of the royal family say that senior princes don’t have the access to King Salman that they had to previous kings, making it hard to voice concerns. Some princes cannot enter the royal court or the king’s palace unless their names have been placed at the door ahead of time, one member of the royal family complained.

Otherwise, they see the king at official events where it is considered bad form to raise thorny issues or they visit him at night when he is playing cards, also a bad time for serious talk.

At the same time, Prince Mohammed has been scrambling to mitigate the damage. One Western adviser said that even he had been taken aback by the outrage.

“He was in real shock at the magnitude of the reaction,” the adviser said.

The palace turmoil has been reflected in Saudi Arabia’s shifting explanations for what happened to Mr. Khashoggi. For weeks, the government officials insisted that he had left the Istanbul consulate shortly after he arrived and they had no idea of his whereabouts.

Early Saturday, Saudi state-run media said Mr. Khoshoggi had been killed in a fistfight inside the consulate and that 18 unidentified Saudis were being held in connection with his death. It was the kingdom’s first admission that Mr. Khoshoggi was dead.

The crown prince has steadfastly rejected the pleas of Wall Street executives to postpone an investor conference he is scheduled to host next week in Riyadh, even as one after another participant has canceled because of the scandal, including United States Treasury Secretary Steven Mnuchin.

Instead, the crown prince formed a crisis committee of representatives of the intelligence agencies, Foreign Ministry and security services to update him throughout the day on the latest in the Khashoggi scandal. He has recalled his younger brother, Prince Khalid bin Salman, the ambassador to Washington, accelerating plans to name him as a kind of national security adviser to bring order to what largely has been an ad hoc policy process.

The royal court has threatened to retaliate against any moves taken against the kingdom, suggesting it might use its influence on the oil markets as leverage over the global economy. One closely allied commentator suggested that sanctions against the kingdom could push it and the Muslim world “into the arms of Iran.”

The terse announcement early Saturday that Khashoggi died inside the consulate during a fight appeared to be part of a strategy of acknowledging his death but shifting the responsibility away from the crown prince.

Officials were known to have been weighing whether to blame Maj. Gen. Ahmed al-Assiri, the deputy head of intelligence and a confidant of the young prince. People with knowledge of the plan said it would accuse General Assiri of having orchestrated a plot intended to capture Mr. Khashoggi but that it ultimately killed him — an explanation the Saudis hope will help to shield the crown prince from further recriminations.

On Saturday, General Assiri was removed from his post, state media reported, along with at least three other high-level officials. It was not made clear whether the dismissals had any connection to the Khashoggi case.

While Saudi Arabia was traditionally ruled by senior princes who divided major portfolios and made big policy decisions by consensus under the king, many of those once once-powerful princes have seen their power cut. Some have been removed from prominent posts. Others were locked in the Riyadh Ritz-Carlton last year on accusations of corruption made by Crown Prince Mohammed. Still others and their families are banned from travel and too scared they might be arrested to speak up.

Prince Mohammed bin Nayef, the previous crown prince and counterterrorism czar, remains under virtual house arrest. He, his wife and their two daughters found out earlier this year that their Saudi bank accounts had been drained, a relative said.

The sons of the former king, Abdullah, who died in 2015, have been neutralized. One was removed as the head of the National Guard, accused of corruption and stripped of assets, including the horse track he inherited from his father. His brother, a former governor of Riyadh, is detained, as is another son of another former king. Yet another brother is hiding out in Europe, scared that he could be kidnapped and sent home.

That leaves only the crown prince’s father, King Salman, to check his power.

“There is one person inside Saudi Arabia who can challenge Mohammed bin Salman and it is the king,” said Joseph A. Kechichian, a scholar at the King Faisal Center for Research and Islamic Studies in Riyadh.

But the king must consider not only the stain of the Khashoggi issue on his son’s reputation, but also how to continue the reform program known as Vision 2030 that the crown prince has begun, Mr. Kechichian said.

Others question whether the king’s health allows him to grasp all that is happening.

“One worries about the mental state of King Salman,” said Madawi al-Rasheed, a visiting professor at the London School of Economics and author of many books on Saudi Arabia. “Is he really in a position to make these decisions at this late age?”

Removing such a powerful crown prince could prove hugely disruptive, and few princes would want the job with a resentful Mohammed bin Salman scheming against his replacement. But one Western diplomat with long experience in the kingdom suggested that the king might check the young prince by reducing his power, perhaps redistributing control of the security services to other respected princes.

One of the few with the stature to urge the king to make such a shift might be Prince Khalid, who flew to Ankara to see the Turks. A son of the late King Faisal and now governor of Mecca Province, Prince Khalid, 78, is esteemed in the family as measured and intelligent. That the king sent him on such a touchy mission indicates that he already has the monarch’s trust. His half brother, Prince Turki al-Faisal, was a longtime friend and patron of Mr. Khashoggi in the decades when he worked in the Saudi establishment before he turned critical of Crown Prince Mohammed.

Some foes of the crown prince have hoped for a challenge for the throne from the king’s brother, Prince Ahmed bin Abdulaziz. Prince Ahmed, 73, is the youngest of seven sons of the late King Abdulaziz who all shared the same mother, Hussa bint Ahmed al-Sudairi. The Sudairi seven, as they were known, formed a powerful bloc within the family and passed the throne from brother to brother — a pattern that might have extended to Prince Ahmed if King Salman had not redirected the line of succession to his own son.

So critics of Prince Mohammed were electrified last month when Prince Ahmed addressed protesters on the street in London who were chanting against the royal family over the war in Yemen.

“What does this have to do with the Al Saud?” Prince Ahmed said, in comments caught on video. “Those responsible are the king and his crown prince.”

When asked about the war in Yemen, he replied, “I hope the situation ends, whether in Yemen or elsewhere, today before tomorrow.”