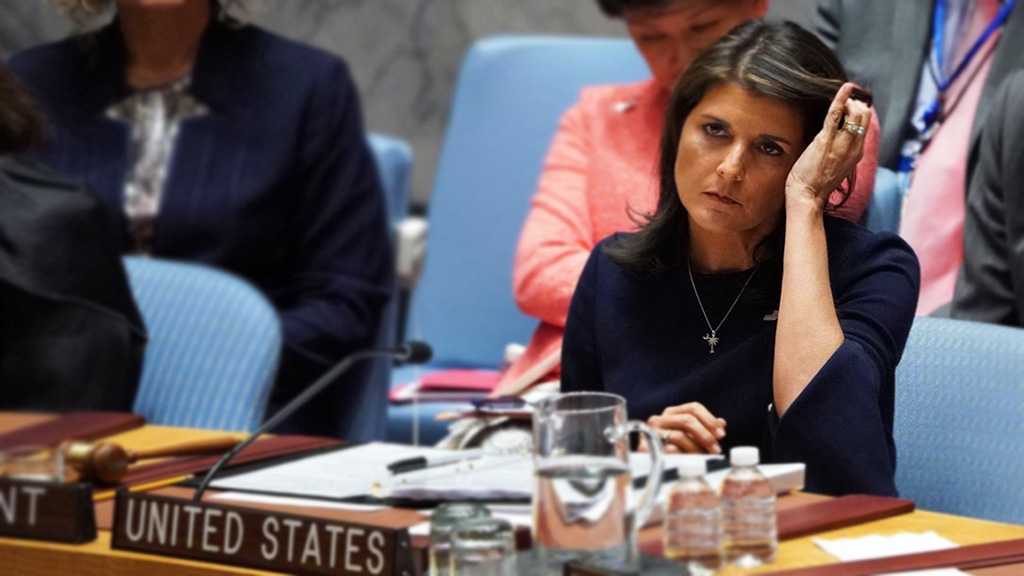 Louis Charbonneau, the United Nations director at Human Rights Watch (HRW), said the UN will not remember Nikki Haley, the outgoing US ambassador to the world body, as a "defender" of human rights.

Haley "will not be remembered as a staunch defender of human rights," Charbonneau said in a statement published on the HRW website on Wednesday.

She "vigorously defended egregious ‘Israeli’ abuses like the unlawful use of lethal force that killed over 150 protesters in Gaza this year," he added.

"But her main legacy will be leading the US withdrawal from the UN Human Rights Council, dismissing it as an ineffective institution that criticized ‘Israel’ too much," he noted.

Charbonneau further criticized Haley for branding the Geneva-based council as an anti-“Israel” "cesspool," reiterating that the US administration decided to withdraw from the council just after Haley's attempts to "reform" it received no support from UN members.

He concluded, "The Human Rights Council, like other UN bodies, has its shortcomings, including having serial rights violators like Saudi Arabia... Still, the council has had a positive impact, with or without US involvement".

On June 19, Haley and US Secretary of State Mike Pompeo jointly announced Washington's withdrawal from the UNHRC over what they called the body’s entrenched bias against the “Israeli” entity.

The council called the withdrawal as "a sad reflection of the US administration's one-dimensional rights policy," stressing that Washington’s defense of “Israeli” abuses takes precedence above everything else.

After the UNHRC's formation in 2006, the administration of then-US President George Bush announced that it would not seek a seat on the council. The boycott continued until 2009, when under President Barack Obama the White House announced willingness to join the council.

Since President Donald Trump took office in 2017, the US has also quit the UN cultural agency UNESCO and announced its withdrawal from the UN-backed Paris climate agreement and Iran nuclear deal.