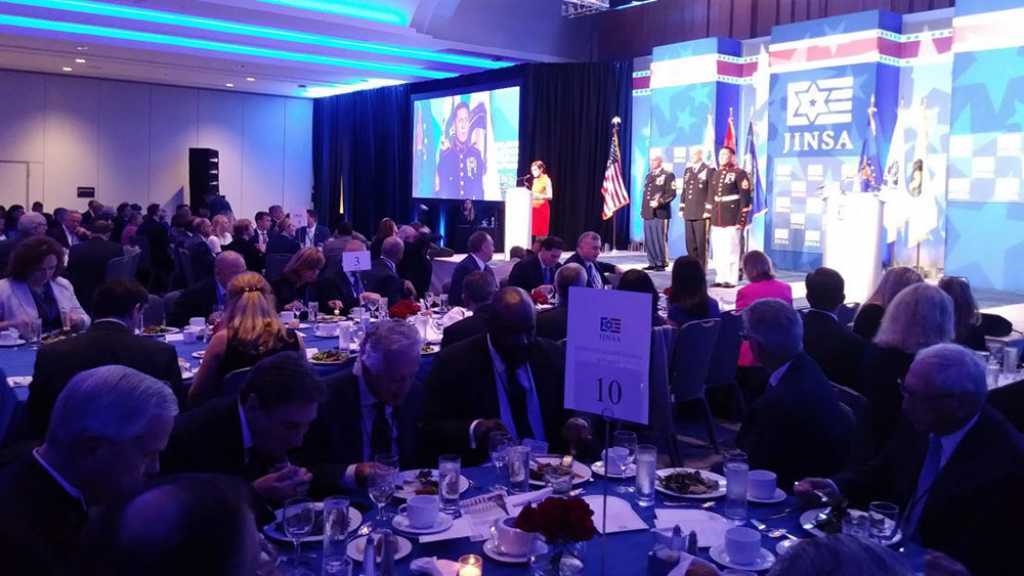 In a sign of the warming ties between the Zionist occupation regime and some of Gulf Arab states, Emirati Ambassador to the US Yousef al-Otaiba overtly shared a table on Wednesday at a public event with “Israeli” envoy Ron Dermer.

Dermer and al-Otaiba sat together at the annual dinner of the “Jewish Institute” for National Security Affairs in Washington.

While it is unacceptable for Arab officials to have public formal ties with Zionist officials, the two were seen talking to each other during the event.

Another diplomat seated at the same table was Egyptian ambassador to Washington Yasser Reda.

Earlier this year, Otaiba discussed his country’s approach toward the Zionist entity and the Palestinians in an interview with The Atlantic.

“I think, on the Palestinian issue, there is definitely an opportunity that presents itself in a version of the Arab peace initiative,” he said.

Earlier in March, it was reported that Otaiba shared a dinner table with “Israeli” PM Benjamin Netanyahu during his visit to Washington.