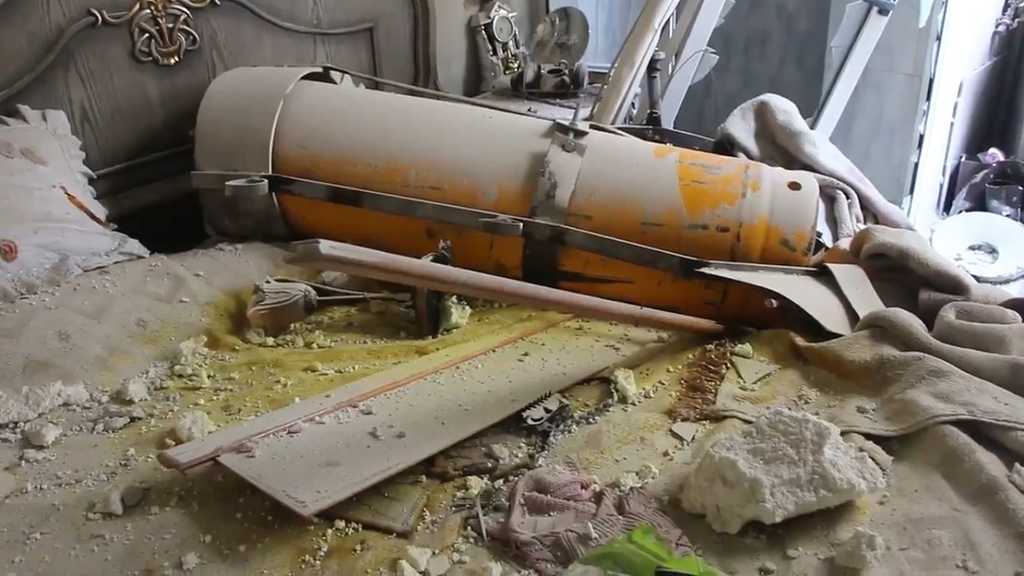 The Russian Defense Ministry said chlorine canisters fell in the hands of Daesh terrorists after they attacked the headquarters of the Western-backed White Helmets alleged “aid group” and al-Nusra Front terrorists in northern Syria.

Relatively, the head of the Russian Reconciliation Center, Major General Vladimir Savchenko, announced in a Wednesday statement that pro-Daesh [the Arabic acronym for ‘ISIS/ISIL’] terrorists on Tuesday evening “attacked the headquarters of the detachment of the terrorist organization Hayyat Tahrir al-Sham," formerly al-Nusra Front, in al-Lataminah village in Hama province.

“As a result, four militants and two employees of the White Helmets organization were killed. Two chlorine containers were stolen from the headquarters room,” the statement added.

The stolen chlorine containers were transported to the south of the Aleppo province and handed over to terrorists of Harras al-Din terrorist group, associated with Daesh, according to the statement.

Savchenko blamed Western countries supporting the militants for their “irresponsible actions”, which have led to a situation in which terrorists can gain access to chemical agents.

The chemical agents ended up in the hands of Daesh terrorists, whose actions are impossible to predict, the statement added.

It came a few weeks after the Russian defense ministry warned terrorists and the White Helmets group, which stands accused of working with Takfiri militants and launching false-flag gas attacks in Syria, have met in the northwestern province of Idlib to stage a chemical attack which they will blame on the Syrian government.