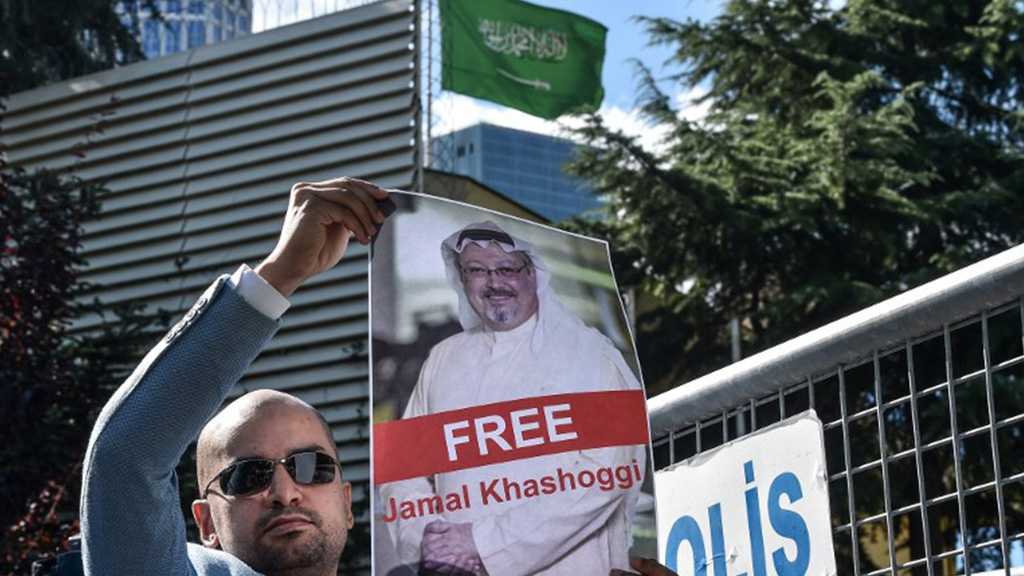 High-profile Turkish security officials have concluded that prominent Saudi dissident journalist Jamal Khashoggi, who went missing after visiting the kingdom’s consulate in Turkey’s largest city of Istanbul last week, was assassinated in the diplomatic mission on orders from the highest levels of the Riyadh regime.

A Turkish official told the New York Times on the condition of anonymity that a team of Saudi agents killed the 59-year-old writer within two hours of his arrival at the consulate, and then dismembered his body with a bone saw they had brought for the purpose.

On Monday, Turkish President Recep Tayyip Erdogan said officials from the Saudi consulate in Istanbul must “prove” that Khashoggi made exit from the mission.

“The Saudi consulate officials in Istanbul can't get away with [simply] saying 'he left the building.’ The claimants are obligated to prove their claims. If he left the building, then you need to prove it,” the Turkish leader said during a joint press conference with Hungarian Prime Minister Victor Orban in Budapest.

Major American daily newspaper the Washington Post printed a blank column in solidarity with the renowned journalist on Friday.

The daily’s editorial board also called on Saudi Crown Prince Mohammed bin Salman to ensure the journalist “is free and able to continue his work.”

“His criticism, voiced over the past year, most surely rankles Mohammed bin Salman, who was elevated to crown prince last year and has carried out a wide-ranging campaign to silence dissent while trying to modernize the kingdom,” the Post editorial read.

It added, “Among those in his prisons for political speech are clerics, bloggers, journalists and activists. He imprisoned women who agitated for the right to drive, a right that was granted even as they were punished.”

Bin Salman said late on Friday that he was ready to allow Turkey to search the Saudi consulate in Istanbul for the missing journalist.

“The premises are sovereign territory, but we will allow them to enter and search and do whatever they want to do. We have nothing to hide,” he said in an interview with English-language Bloomberg news network.

The Saudi crown prince added that Khashoggi had left the building not long after he entered.

Asked if Khashoggi faces charges in Saudi Arabia, Bin Salman said it was first important to discover where he was.

Khashoggi’s fiancée Hatice Cengiz said he entered the consulate at around 1 p.m. local time (1000 GMT) on October 2, as she accompanied him but waited outside.

The unnamed woman, who is a Turkish citizen, called police when Khashoggi did not emerge at 5 p.m., after the consulate had officially closed.

The rights group Prisoners of Conscience, which is an independent non-governmental organization advocating human rights in Saudi Arabia, announced in a post on its official Twitter page that it did not dismiss the possibility that Khashoggi's sudden disappearance was an attempt to silence the writer.

The Arab21 news website reported that the author paid a visit to the Saudi consulate in Istanbul last week, but was told by officials at the time to return at a later date to complete an application related to a family matter.

Khashoggi, a prominent commentator on Saudi affairs who writes for The Washington Post’s Global Opinions section, has lived in self-imposed exile in the US since September 2017, when he left Saudi Arabia over fears of the Riyadh regime’s crackdown on critical voices.