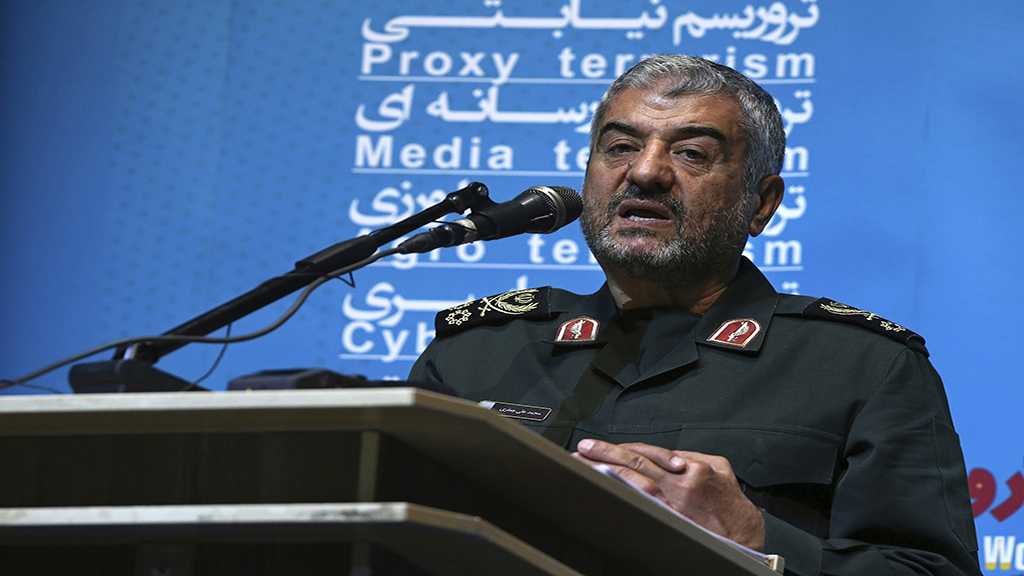 “The Zionist regime’s support for monarchists and Munafiqeen [MKO members] against the Islamic Republic of Iran is aimed at creating insecurity in the country,” Jaafari said at a military conference on Monday.

He also slammed the media and information war on Iran as part of the enemy’s soft war strategy for harming the Islamic Republic and demoralizing the Iranian nation.

The commander then hailed the high level of security and calm in Iran despite all hostile plans, giving an assurance that the country has no defense or security problem.

On the foreign sanctions on Iran, Jaafari noted that such extensive sanctions could crush any country, but the Islamic Republic is withstanding them with power and dignity.

Last month, Leader of the Islamic Revolution His Eminence Imam Sayyed Ali Khamenei deplored the “evil” policy of the global arrogance to create insecurity and instability in the Middle East, praising Iran’s resistance against such a policy.

The Imam stated that Iran’s powerful resistance has thwarted the US goals in the region, adding “The world political and intelligent analysts are astonished and acknowledge the fact that Iran, by relying on God and counting on national power, has defeated the world powers in the region.”