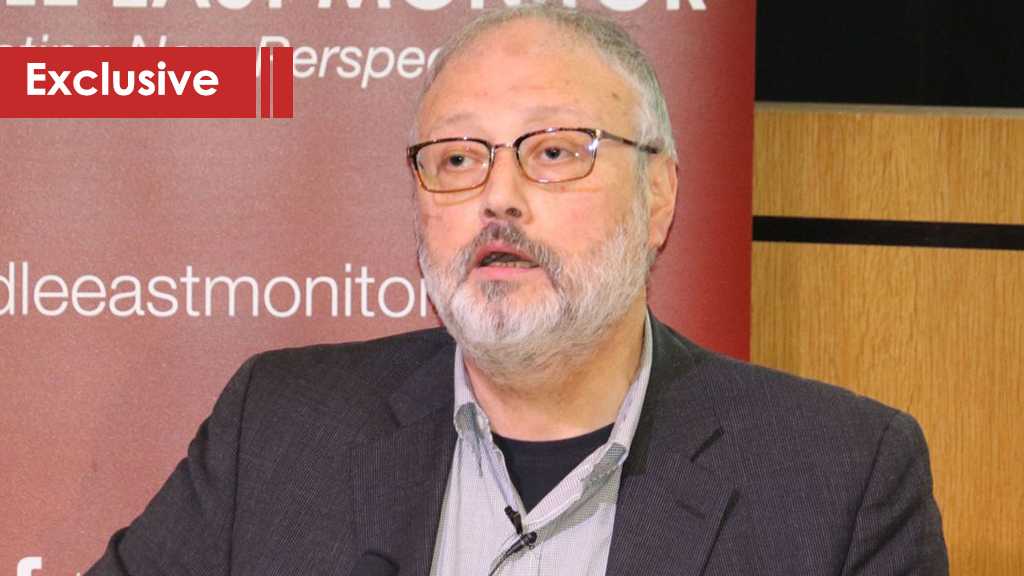 Jamal Khashoggi, the Saudi political analyst who defended the Saudi regime for long years, kept the secrets of Islamist groups; the journalist who met with Osama bin Ladin multiple times and reported across the Middle East for long years was killed at the Saudi consulate in Turkey with his body dismantled.

According to Turkish Police, it is believed that Khashoggi was "brutally tortured, killed and cut into pieces" inside the consulate after visiting the building on Tuesday. "Everything was videotaped to prove the mission had been accomplished and the tape was taken out of the country," the source said.

Reuters was the first to report on the matter, noting that an unnamed Turkish official said that an unnamed Turkish source reported that "The initial assessment of the Turkish police is that Mr. Khashoggi has been killed at the consulate of Saudi Arabia in Istanbul. We believe that the murder was premeditated and the body was subsequently moved out of the consulate.”

Police said about 15 Saudis, including officials, came to Istanbul on two private flights on Tuesday and were at the consulate at the same time as the journalist and then they left again the same day. Another police source said on Saturday that “The consulate is surrounded by cameras, no evidence of Khashoggi leaving was recorded on them."

Khashoggi, who was seen as close to the royal court, had visited the Saudi consulate Turkey two weeks ago before being reported as missing.

Asking prominent Iranian analyst and Professor at Tehran University Dr. Seyed Mohamad Marandi what is his take on the matter, he told al-Ahed news “I have known Jamal for many years. We have been on TV together on numerous occasions, and we have been in private seminars many times together. Although our views were very different from one another as I was always very critical of the Saudis and he always defended them, but unlike almost all the other Saudis or Emiratis that I have met in these places, he was always polite. Unlike the others he was never abusive.”

Noting to the shocking crime carried out by the Saudi regime, Dr. Marandi said “I am deeply shocked that someone who has served the Saudi family so much and for so long and who only recently became a critic, and not a critic who calls for the overthrow of the system but its reform and who still supports some of Mohamad bin Salman’s policies would be killed like that.”

He concluded “I am shocked that they would murder him in such a despicable way and under such circumstances.”

Such news comes as more evidence to how Bin Salman has been busy cracking down on dissent. It would also not be surprising to see it in the context of pleasing US President Donald Trump. Hundreds of people have been arrested since last year, however, this would mark the first time a government critic is known to have been killed, let alone in a foreign country.

In December 2016, The Independent said Khashoggi had been banned by Saudi Arabian authorities from publishing, tweeting or appearing on television "for criticizing US President-elect Donald Trump. Shortly after that, he fled to the US capital, where he was living and writing for the Washington Post. His columns include criticism of Saudi Arabia’s policies towards Qatar and Canada, the war in Yemen, and a crackdown on the media and activists.

In November 2017, Khashoggi wrote about the detentions of scores of Saudi royals, senior officials and businessmen accused of corruption, he said Mohammed bin Salman dispensed “selective justice” and said there was “complete intolerance for even mild criticism” of the crown prince.

In a March 6 editorial in Britain's The Guardian newspaper co-authored with Robert Lacey, Khashoggi wrote: "The brash and abrasive young innovator (meaning Bin Salman) has not encouraged or permitted any popular debate" on the changes.

"He appears to be moving the country from old-time religious extremism to his own 'You-must-accept-my-reform' extremism, without any consultation -- accompanied by arrests and the disappearance of his critics."

In this context, Bruce Reidel, former CIA analyst and director of the Brookings Intelligence Project at the Brookings Institute, for his part told sources “I’m not surprised. The crown prince does not tolerate criticism. And he knows Trump won’t care. Perhaps some of MBS’s naive boosters in the West will finally see he is no revolutionary or reformer, but the president has his back."

Khashoggi, as his fiancée told media sources, had visited the Saudi consulate in Istanbul last week, but was asked to return on Tuesday to complete an application related to family matters.

Also according to the independent, a Washington-based Turkish scholar, Selim Sazak, said that Turkish police know that Khashoggi came in and didn’t come out. “They saw unusual personnel activity, including un-credentialed personnel, coming to the embassy almost immediately after Jamal Khashoggi’s first visit so they think they were dispatched from Riyadh, and they speak of an unknown staffer, acting like he was moving out the embassy, packing stuff into his trunk, and leaving at the end of business the day Jamal Khashoggi disappeared.”

An official at the Saudi consulate in Istanbul dismissed the reports early on Sunday, casting doubt on the credibility of the Turkish sources who had confirmed the journalist's death, according to the Saudi newspaper Okaz.

The discussion of his disappearance and death across social media reflected anger towards the Saudi regime, which has been carrying out crackdowns on any dissent. Some questioned whether turkey would deny diplomatic immunity to the Saudi personnel and search the consulate building for forensic evidence while others noted that Saudi Arabia is just another violet dictatorship that keeps testing boundaries and are allowed to get away with whatever they do.

Khashoggi is a former editor-in-chief of Saudi newspapers al-Arab and Watan. He previously served as the media adviser to Prince Turki al-Faisal during his tenure as ambassador in London and Washington.