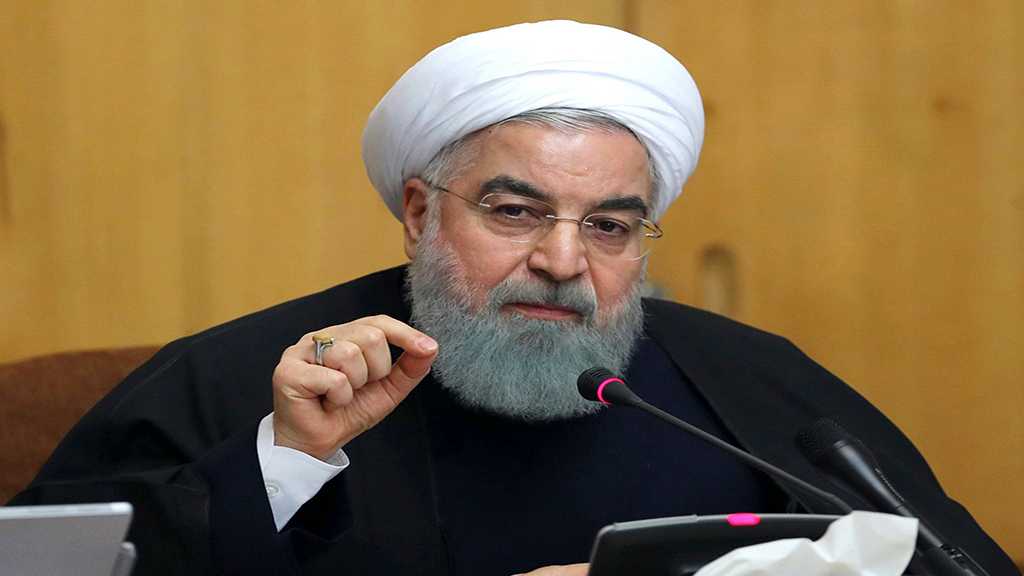 Iranian President Hassan Rouhani praised the Islamic Revolution Guards Corps [IRGC] for taking befitting revenge for a terrorist attack in the southwestern city of Ahvaz, confirming that it will give a crushing and firm response to any act of aggression or terror.

“The world should know that we regard masterminds and instigators of terrorist [attacks] as terror perpetrators and as terrorist agents are condemned and we deal with them, the planners are condemned too, and we will confront them and they are doomed to failure,” Rouhani said during a cabinet meeting on Wednesday.

The IRGC said on Monday that it had hit the gatherings of the ringleaders of the recent terror attack in Ahvaz with several surface-to-surface ballistic missiles in an area to the east of the river Euphrates, near Albu Kamal town on Syria’s eastern border with Iraq.

Rouhani said in the cabinet meeting that the fact that the Islamic Republic of Iran “firmly, accurately and in a short time targets the [commanding] center of terrorists indicates that if the low-ranking agents of a terrorist group in Iran do something, then we will be targeting the architects, the main group and their commanding center.”

On the sidelines of the cabinet meeting, Iran’s Defense Minister Brigadier General Amir Hatami also hailed the IRGC’s missile attack on positions of terrorists in eastern Syria and warned those who might think about targeting Iran.

"Those who might take a measure against the security of the Iranian nation should await a harsh, crushing response," General Hatami said.

On his visit to New York to attend the 73rd UN General Assembly meeting, Rouhani said the recently held UNGA was the scene of his country’s diplomatic success and the US’s isolation.

“This time the US was isolated more than ever and Iran was respected by the world public opinion and politicians more than any time due to its correct and accurate behavior,” he said.

Rouhani added that “the world public opinion now supports Iran and even in the United States, many politicians and ordinary people believe that Iran is on the right track and they do not favor the US government’s measures.”