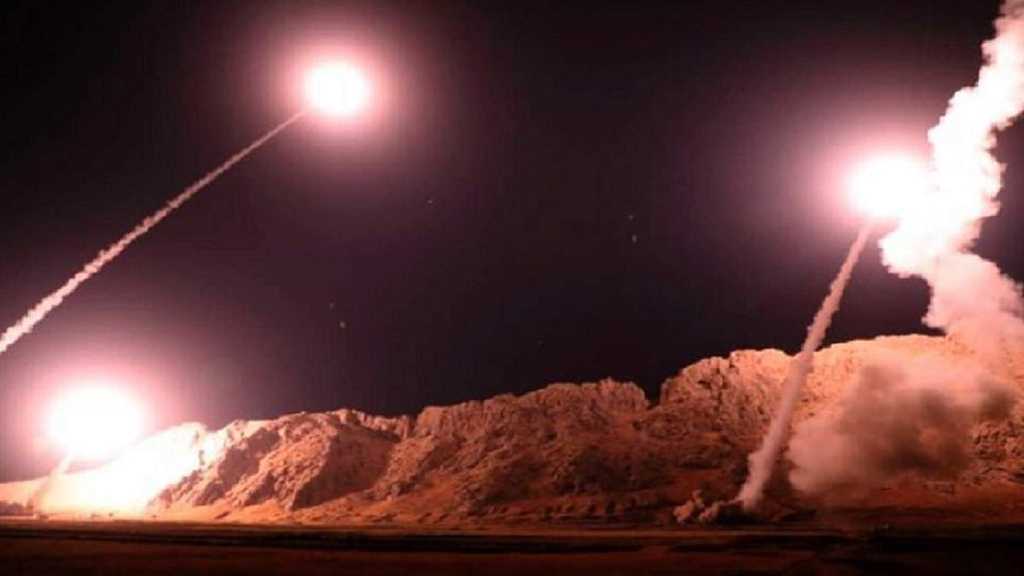 Chief of Staff of the Iranian Armed Forces Major General Mohammad Baqeri announced that the Islamic Revolution Guards Corps’ [IRGC’s] Monday missile and drone attacks on terrorists’ positions in Syria were just the first stage of Tehran’s retaliation against those who sponsored and orchestrated a recent raid on a military parade in Iran’s Ahvaz.

Baqeri made the remarks on Monday, hours after the IRGC said it had targeted terrorist positions to the east of the river Euphrates, near Albu Kamal town on Syria’s eastern border with Iraq.

He further noted that the missiles and drones flew long distances before hitting the terrorists’ hideouts in Syria. “Several high-profile terrorists were killed during the attacks,” he added.

“It [the attack] showed the security of Iranian people is a red line for the Leader, the Armed Forces, and the country’s ruling system,” Baqeri noted, vowing that such attack would not happen again thanks to the measures adopted after the recent attacks.

A senior IRGC commander confirmed that the missile strike against the positions of terrorists shows the Iranian nation's security is a red line.

Earlier, the commander of the IRGC Aerospace Division of also said the nation's security is a red line. Brigadier General Amir Ali Hajizadeh added, Iran will not take a step back in the face of threats against its security.

“We took advantage of both missiles and drones in this operation to teach enemies a lesson that they should not support these terrorist groups,” Hajizadeh stressed.

He made the remarks on the same day that the IRGC released a statement revealing new details on its missile strike on terrorists’ positions.

The statement said that the attack targeted terrorist positions to the east of the river Euphrates, near Albu Kamal town on Syria’s eastern border with Iraq.

The operation, dubbed The Muharram Strike, saw the IRGC’s Aerospace Force fire a total of “six medium-range ballistic missiles” from western Iran at targets 570 kilometers [355 miles] away, it said.

The IRGC said the attack was a response to the “cowardly” act of terror during a military parade in the southwestern city of Ahvaz on September 22, which killed 25 people and injured 69 others.

“We ensure our dear compatriots that, as it has been said repeatedly, the armed forces view Iran’s national security as their red line” and the IRGC, as well as the country’s Army, police and intelligence arms, would respond to enemy violations with an “iron fist,” it added.

The Islamic Revolution Guards Corps has released new details on its missile strike targeting the positions of terrorists who staged the recent bloody attack in southwestern Iran.

Elsewhere in his remarks, Hajizadeh said, “The terrorists used bullets [in their attack on Iranian people] and we responded to them using missiles.”

“We will continue this struggle until total annihilation of terrorists and as the Leader [of the Islamic Revolution] said, if they hit [us] with one [missile], they will be hit with 10 [Iranian missiles],” he concluded.