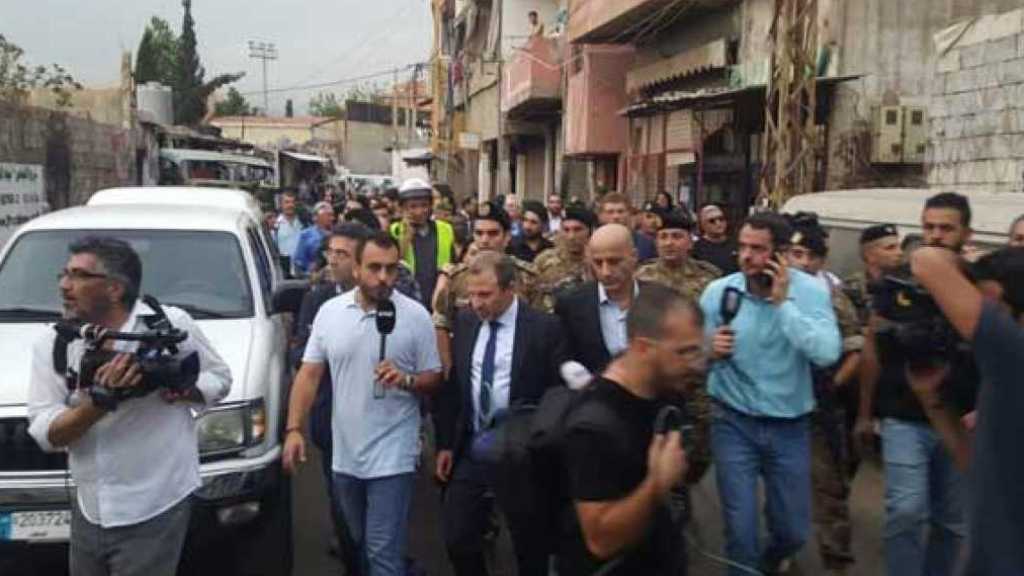 Lebanese Caretaker Foreign Minister Jebran Bassil on Monday accompanied foreign ambassadors in Lebanon to a site near Beirut's airport that the apartheid “Israeli” entity has described as a “Hezbollah missile site.”

In parallel, Bassil urged the world to prevent any "Israeli" attack on Lebanon.

“Hezbollah’s intelligence and wisdom and Lebanon's interest do not allow the presence of invisible missiles of the type “Israel” has alleged,” Bassil said in a meeting with the ambassadors prior to the tour.

He further added: “Based on inaccurate and unverified information and a picture that does not prove anything, [“Israeli” Prime Minister Benjamin] Netanyahu claimed at the UN that there are three missile sites near Beirut airport.”

“It is true that Hezbollah possesses missiles, but they are not near the airport. Lebanon is committed to international law and international resolutions but it does not abide by the dissociation policy when the matter is related to defending its land and people,” the minister went on to say.

He also asserted that the Lebanese have “a legitimate right to resistance, until the liberation of all occupied territory.”

“Today Lebanon is calling on all countries, especially the permanent UN Security Council members, to reject “Israeli” claims in order to prevent any Israeli attack on Lebanon,” Bassil added, warning that such an assault would have “repercussions across the region, especially amid the presence of the displaced Syrians and the Palestinian refugees.”

He added: ““Israel” is seeking to justify another aggression against Lebanon under the excuse of the presence of Hezbollah missile sites. What Netanyahu alleged at the UN was another illogical lie.”

Bassil however underlined that “Lebanon is strong enough to prevent any attack on it.”

“It does not scare us and when it launches threats we realize how weak it is,” Bassil added, noting that “Lebanon is in a constant diplomatic confrontation to prove the legitimacy of its cause.”