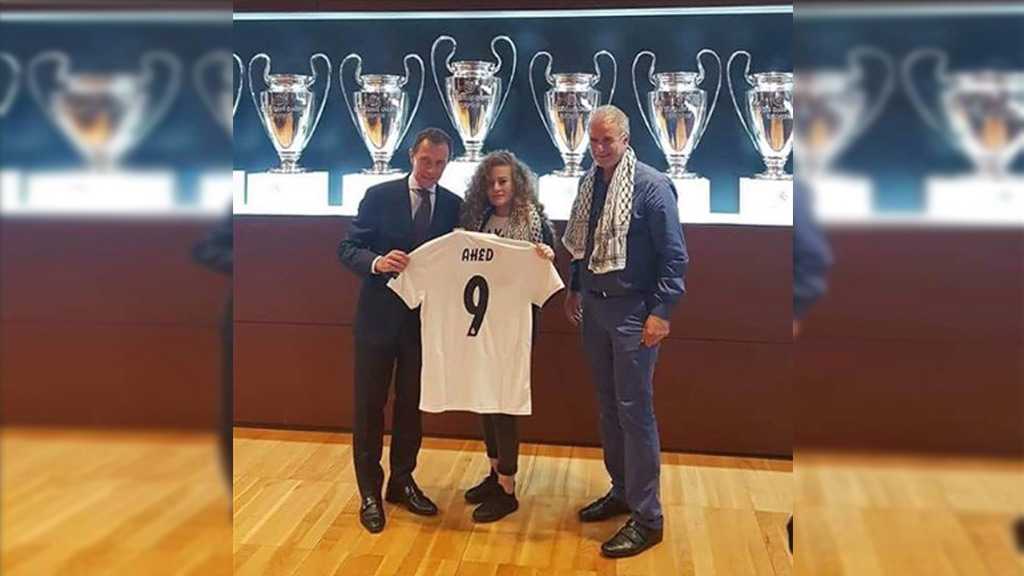 The 17-year-old was arrested in December 2017 after a video of her slapping and hitting two “Israeli” soldiers outside of her house in the village of Nabi Saleh in the occupied West Bank went viral.

Tamimi and her father Basim Tamimi were hosted at the side's Santiago Bernabeu stadium in the Spanish capital on Saturday, where she was greeted by former striker Emilio Butragueno and presented with a personalized football jersey.

The 17-year-old activist is currently in Europe for a series of political events.

She was released from prison in late July after being sentenced to eight months behind bars for an altercation with “Israeli” soldiers in front of her house.

She has emerged as a symbol of Palestinian resistance against “Israeli” occupation. Her case has brought global attention to the issue of detention of Palestinian children by “Israeli” forces.

Writing for Al-Jazeera, Palestinian author Ramzy Baroud said Tamimi is "an icon of a rebellious young generation of Palestinians".

"After spending eight months in jail for confronting ‘Israeli’ occupation soldiers in her backyard, Ahed emerged even stronger and more determined to convey the pains and struggles of her people to the world," he wrote last month.