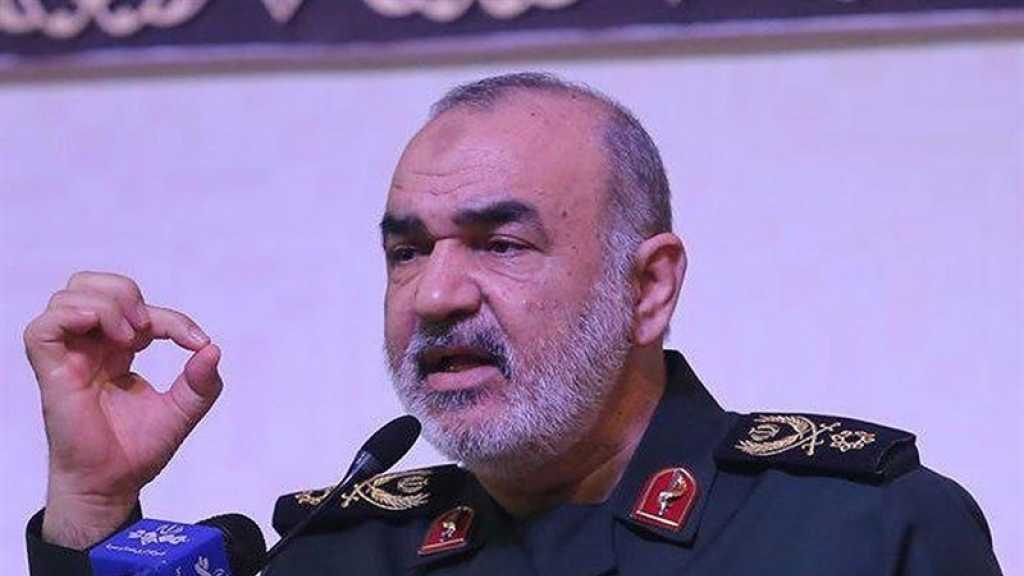 Addressing a gathering of worshippers here in Tehran on Friday, Brigadier General Salami pointed to a recent terrorist attack on a military parade in Iran’s southwestern city of Ahvaz and said the plotters behind the incident are linked to the "Israeli"-Western-Arabian “triangle”.

The IRGC commander further vowed revenge against the internal and foreign elements behind the terrorist attack, which killed 24 people in Ahvaz on Saturday.

“We warn the regime of the United Arab Emirates and Saudi Arabia, which orchestrate some evil plots in some parts of the country [Iran] and have a dream of bringing insecurity into the country that you will never succeed in increasing tensions with the Islamic Republic,” he noted.

Brigadier General Salami went on to say that Iran has exercised restraint so far in the face of the two Arab countries’ hostilities but if they cross Tehran’s red lines, they will definitely face severe consequences.

During the military parade in Ahvaz, which was staged concurrently with nationwide military parades on Saturday to mark the Sacred Defense Week, Takfiri militants wearing disguise opened fire at the people participating in the ceremony.