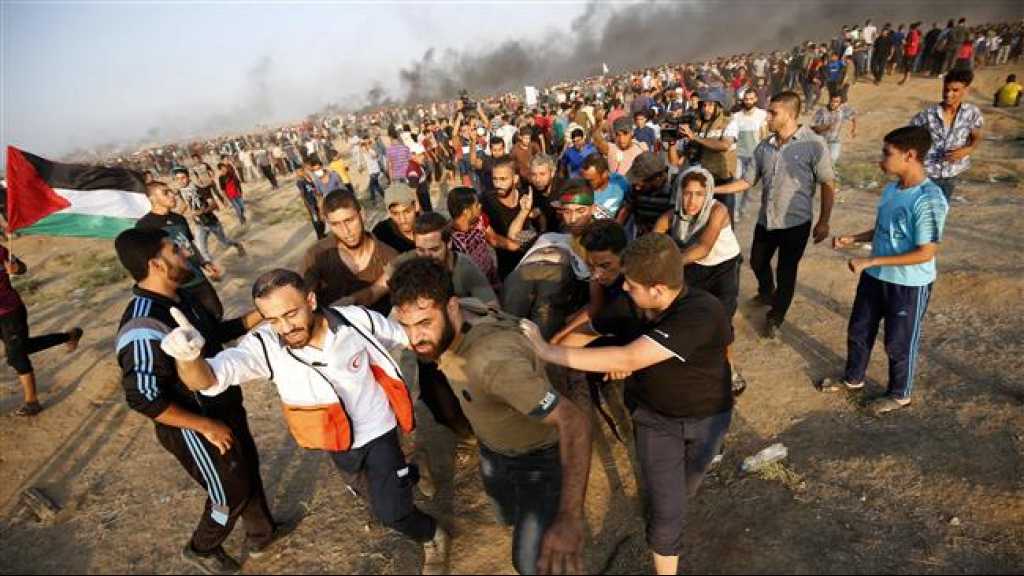 At least seven Palestinians were martyred and over five hundred more sustained injuries when “Israeli” occupation forces opened fire on a group of protesters participating in anti-occupation rallies along the border between the besieged Gaza Strip and “Israeli”-occupied territories.

The Gaza Ministry of Health said in a statement that 14-year-old Mohammed Nayef al-Houm was fatally shot in the chest during “The Great March of Return” protests east of Bureij refugee camp on Friday evening.

Another 506 protesters were also injured. A total of 210 demonstrators were admitted to hospitals and medical centers across Gaza Strip to receive medical treatment. Ninety people were struck with live bullets.

A minor and a young man were taken to hospital in critical condition. Both had suffered “Israeli”-inflicted gunshot wounds in the chest.