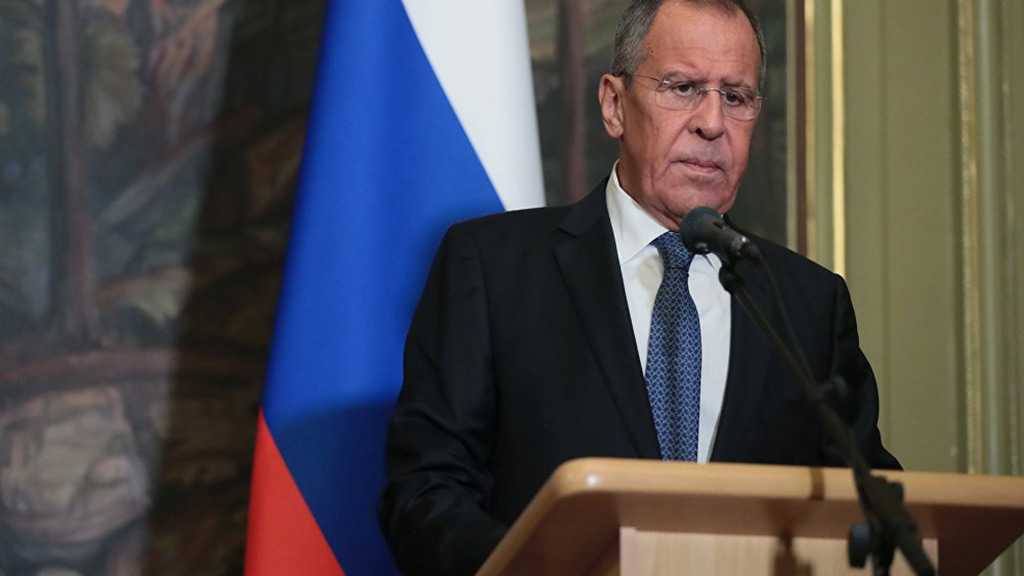 The decision by Russia and Turkey on Idlib is an intermediate step; the demilitarized zone will prevent the shelling of Syrian troops at Hmeymim base, Russian Foreign Minister Sergei Lavrov said.

"As for the Russian-Turkish agreement on Idlib, it is aimed primarily at eradicating the terrorist threat. This is certainly an intermediate step, because only a demilitarized zone is being created," Lavrov said.

According to him, this is a necessary step, as it will prevent shelling from the de-escalation zone in Idlib on the positions of Syrian troops and the Russian military base in Hmeymim.

"Nusra Front terrorists should leave this demilitarized zone by mid-October; all heavy weaponry should be withdrawn from there," Lavrov told a press conference.

Previously, Russian President Vladimir Putin and his Turkish counterpart Recep Tayyip Erdogan held a meeting in Russia's Black Sea resort of Sochi, during which they have agreed to set up a demilitarized zone in Idlib by October 15.

The city of Idlib is the last remaining stronghold of anti-government insurgents and al-Qaeda-linked terror groups in Syria.

The new anti-Russian sanctions of the United States are another manifestation of unscrupulous competition, Sergei Lavrov said.

"As for the new US sanctions against Russian legal entities and individuals, we have already ceased to be surprised. Specifically, with respect to Sukhoi, a plant in Komsomolsk-on-Amur, these sanctions are, of course, another manifestation of unscrupulous competition," Lavrov said.

According to him, Moscow is again convinced that the dollar system has completely discredited itself; the confidence in the dollar is falling very sharply.

"It is not the first time that serious international problems affecting many members of the world community are caught in electoral cycles. But this is a very short-sighted approach, because confidence in the current principles of the international monetary system have been seriously undermined, and more and more countries are thinking about how to avoid any dependence on this international monetary financial system," Lavrov said.

He noted that Russia was "doing everything possible not to depend on countries that take actions against their international partners."

On Thursday, the United States added 33 people and entities to its Russian defense and intelligence sector blacklist, meaning that anyone who does business with them will face mandatory US sanctions under the Countering America's Adversaries Through Sanctions Act (CAATSA).