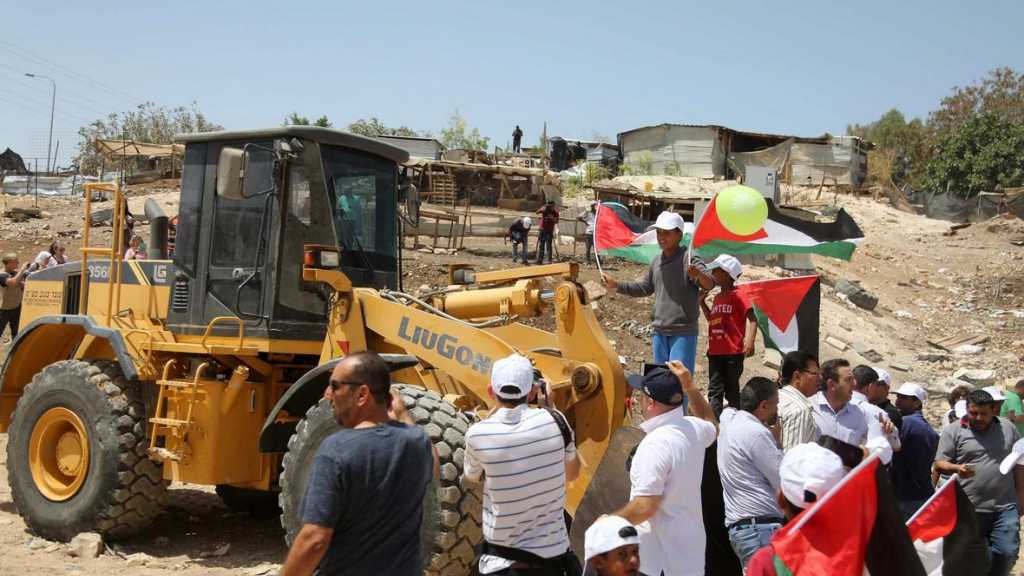 A lawyer said Saturday an American university professor was detained by “Israeli” police for trying to disrupt security forces in the West Bank community of Khan al-Ahmar.

Gaby Lasky said that her client, Frank Romano, is being held in a jail in occupied Al-Quds. Lasky says police told her Romano would appear Monday before an “Israeli” military court.

Romano was among dozens of activists spending time in Khan al-Ahmar to try to block the possible demolition of the Palestinian village.

Activists say that on Friday, Romano stood in front of a bulldozer clearing barriers that had been set up to slow demolition.

“Israeli” police said three people were detained at the scene.