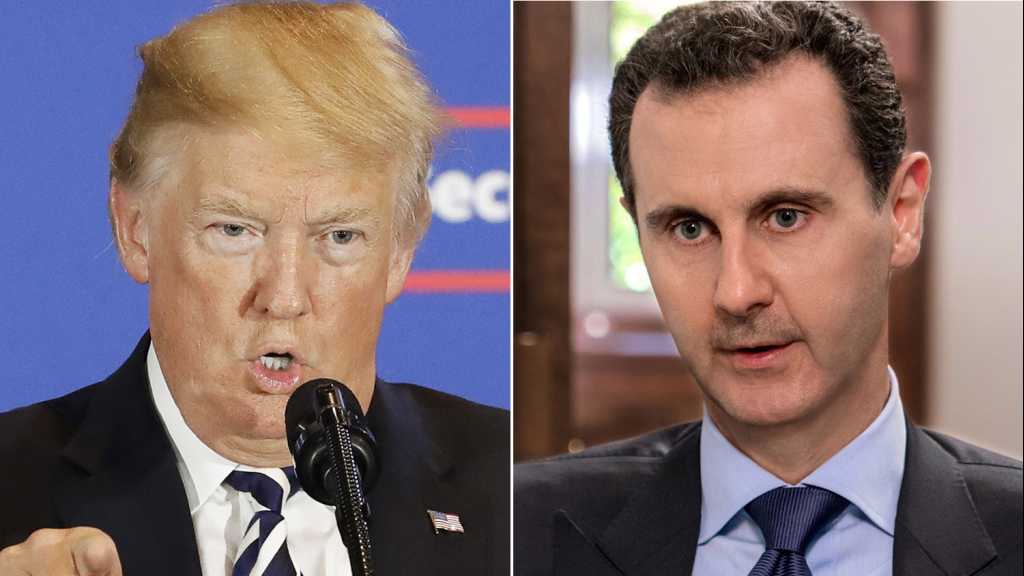 A new book has revealed that US President Donald Trump demanded the assassination of Syrian President Bashar al-Assad.

According to an excerpt from the book by Washington Post journalist Bob Woodward, the US president told War Secretary James Mattis that he intended to assassinate the Syrian leader, after Washington accused the Syria of an alleged chemical weapons attack against the militant-held village of Khan Shaykhun in Syria's northwestern province of Idlib last year.

Mattis reportedly told Trump he would get "right on it" in an apparent attempt to pacify the president, but hung up the phone and instead told a senior aide, "We're not going to do any of that. We're going to be much more measured," Woodward wrote.

The US national security team then prepared a plan for a more conventional airstrike that Trump ultimately ordered.

The Washington Post journalist also said the military secretary had marveled at the time at Trump's ignorance on foreign affairs and told close associates the US president had the intelligence of "a fifth- or sixth-grader."

Trump tweeted a day later that the military attack against Syrian targets was a “Mission Accomplished!”

“A perfectly executed strike last night. Thank you to France and the United Kingdom for their wisdom and the power of their fine Military. Could not have had a better result,” Trump wrote.

Woodward claimed in his book that Trump had once mocked Attorney General Jeff Sessions’s southern accent and called him “mentally retarded” in a conversation with a White House aide.

The US president lashed out at Sessions, who he has repeatedly criticized for recusing himself from the Russian investigation, as he was speaking with then-White House staff secretary Rob Porter, according to the book.

“This guy is mentally retarded. He’s this dumb Southerner,” Trump told Porter while using a southern accent. “He couldn’t even be a one-person country lawyer down in Alabama.”

The Washington Post reported earlier on Tuesday that Woodward’s account was based on “hundreds of hours of interviews with firsthand sources, meeting notes, personal diaries, files and documents.” The book's release date comes less than two months before the midterm elections.

The book, "Fear: Trump in the White House," hit the top spot on the regularly updated Amazon.com best-sellers list for books despite the fact that it will not come out until September 11.

In an excerpt from the book, Woodward also claims that the White House chief of staff John Kelly had called Trump “unhinged” and “an idiot” in a conversation with aides and associates.

White House Chief of Staff John Kelly arrives before US President Donald Trump holds a press conference in the East Room of the White House in Washington, DC, July 30, 2018. (Photo by AFP)

Kelly reportedly censured the US president and said during a small group meeting that it was “pointless” to advise Trump on anything.

“He’s an idiot. It’s pointless to try to convince him of anything. He’s gone off the rails. We’re in Crazytown. I don’t even know why any of us are here,” Kelly said, Woodward writes.

“This is the worst job I’ve ever had,” Kelly continued, the veteran journalist added.

The White House chief of staff dismissed the report on Tuesday.

“This book is nothing more than fabricated stories, many by former disgruntled employees, told to make the President look bad," White House press secretary Sarah Huckabee Sanders said in the statement.

Chief of Staff John Kelly is also quoted in the statement as saying, "this is another attempt to smear people close to President Trump and distract from the administration's many successes."

Woodward's book, which is set to hit shelves next week, reportedly describes the US president and his staff as being in the midst of a "nervous breakdown."