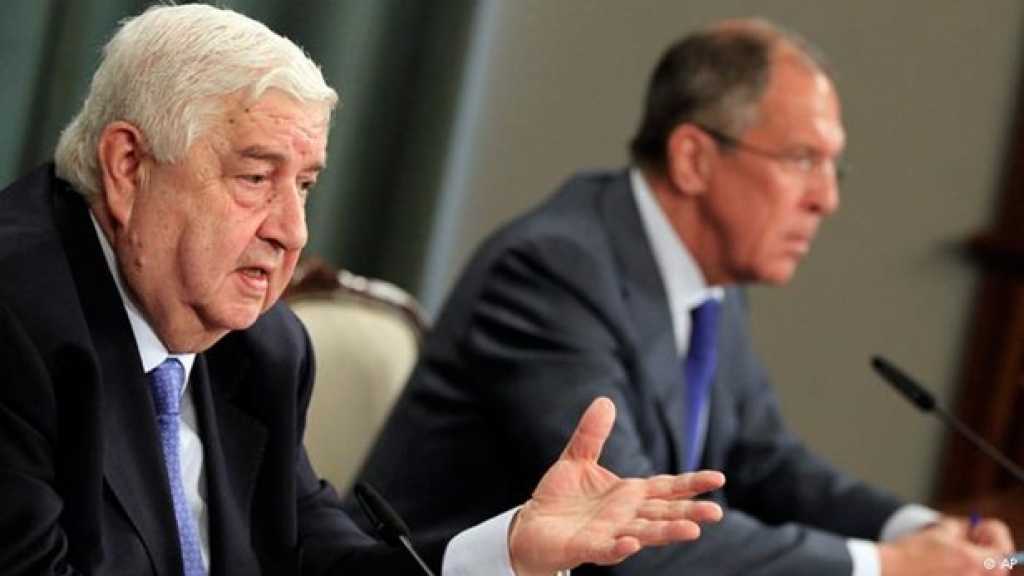 Syrian Minister Walid Moallem said on Thursday that Syria’s decision is to combat Al-Nusra terrorists in Idlib, whatever the sacrifices were, but the priority is for of local reconciliations, warning against “the stupidity of committing a new Western aggression on Syria.”

“Moscow has recently been the center of regional contacts on Syria and we exchanged views on the outcome of these contacts and our views were identical, so I can say that these talks are constructive and positive.” Moallem added at a joint press conference with Russian counterpart Sergei Lavrov.

He further added: “We are on the way to achieve security and stability for our people in Syria. We cannot forget the practices of the countries that have been plotting against us from seven years and till now in obstructing us from eliminating terrorism.”

The head of the Syrian diplomacy pointed out that when the Syrian Arab Army liberated the city of Douma and the Eastern Ghouta from terrorism, Washington and its allies invoked the use of chemicals and launched aggression against Syria last April. Now they are repeating the same scenario to prepare for a new aggression with the aim of saving al-Nusra and prolonging the crisis.

Al-Moallem affirmed that Syria will perform its legitimate right to defend itself, warning against the stupidity of committing a new Western aggression on the Syrian people because its repercussions will affect the political process inevitably.

“The decision of the Syrian leadership is to combat Jabhat al-Nusra in Idleb, whatever the sacrifices were. We say that the priority is for the local reconciliations which we have carried out in several areas across Syria. We are ready to make every effort to avoid civilian casualties. We opened Abu al-Dahour corridor for a week and interacted with the local reconciliation committees. Unfortunately al-Nusra arrested most of the members of these committees and prevented civilians from exiting via that corridor,” al-Moallem noted.

“We discussed the issue of our joint efforts to bring the displaced Syrians back to their country. We say to the West, who is crying for human rights in Syria, if you really want to help the return of the displaced, you should make efforts to secure the reconstruction of their homes and infrastructure and lift the unilateral sanctions imposed on Syria,” he added.

“We welcome and call on the Syrian citizens to return home and contribute to programs of reconstruction and be part of building future… and we will try to provide all economic and social conditions for that purpose,” al-Moallem said.