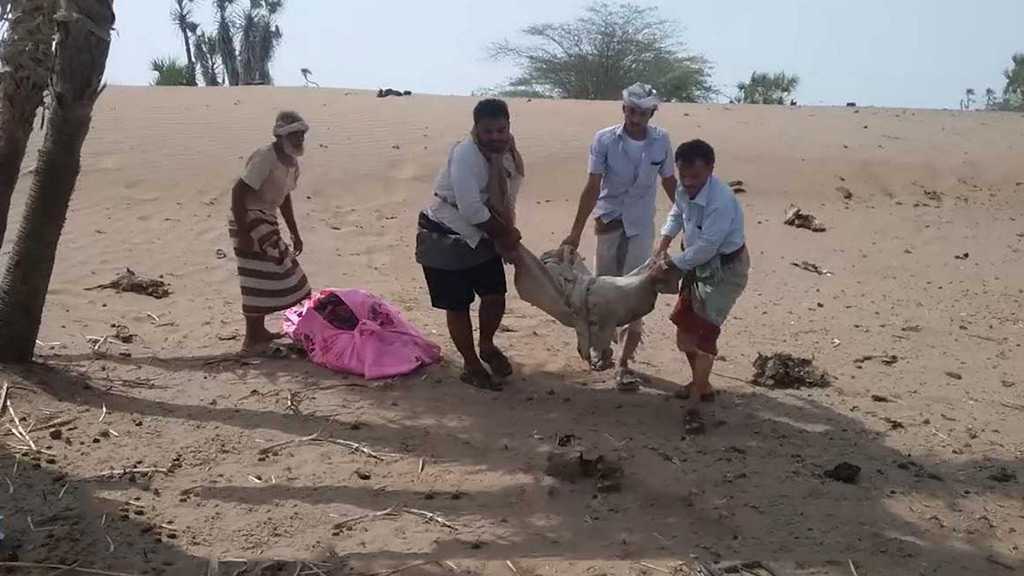 Amid international silence and blatant blindness, the US-Saudi aerial aggression massacred four displaced families, mostly women and children, who were on a car, in Duraihimi district in Hodeidah.

Local sources in Hodeidah said that the aggression committed a new crime in which 22 children and four women were martyred, in Alkoui area in Duraihimi district.

The director of Duraihimi security said that all displaced families who were on the car were killed while the US-Saudi Aggression continued flying, preventing the ambulance teams from reaching the site of the burning victims.

For his part, Minister of Health Taha al-Mutawakil called on the people to rush into the blood donation centers and on the hospitals to be alerted, in Hodeidah.

He pointed out that there is no explanation for the escalation of crimes of US-Saudi aggression against children in the recent period from Dahyan to Duraihimi but brutality.