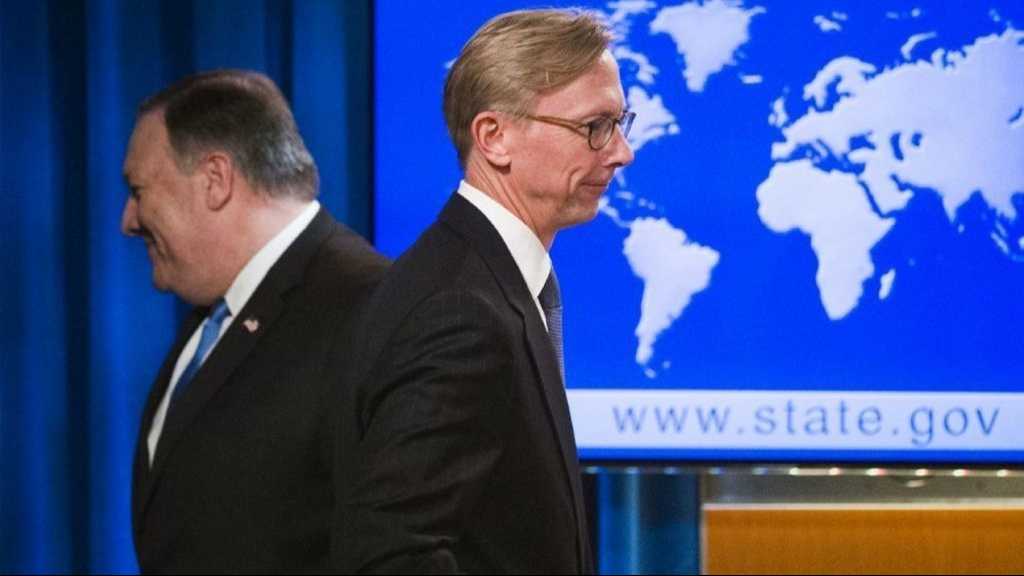 It’s Iran that occupies the US talk and decisions.

The US is creating a so-called Iran Action Group, US Secretary of State Mike Pompeo has announced, adding that Brian Hook will lead the group in order to spur "international support for our efforts."

Speaking at the Thursday State Department briefing, Pompeo claimed that the world is demanding change in Iran's behavior, so that it "finally acts like a normal country." He added that Hook will lead an Iran Action Group to "galvanize international support for our efforts."

Hook said the US wants to "promote a brighter future for the Iranian people," adding that the "Iran regime has been a force for instability and violence."

Hook went on to speak about the 12 requirements previously laid out by the US government, which Washington says Tehran must comply with. Those demands include Iranian withdraw from Syria. Pompeo previously has stated that the US would impose the "strongest sanctions in history" if Iran failed to comply with the demands.

Hook said that if Tehran "changes its behavior" in those 12 areas, US President Donald Trump is "prepared to talk to the regime." When it comes to other countries continuing to do business with Iran, Hook said the US is "prepared to impose secondary sanctions on other governments."

The US "certainly hopes for full compliance by all nations," Hook said, while noting that Washington's goal is to "reduce every country's import of Iranian oil to zero by November 4."

When Matt Lee noted that the announcement of the Iran Action Group is taking place on the anniversary of the 1953 US-backed coup, and asked if this suggested “regime change," Hook responded that the timing is “pure coincidence” and that the IAG is aimed at "changing the Iranian regime's behavior."

European nations and Russia have already spoken out against the US demands to stop doing business with Iran. Ministers from Britain, France, Germany, and the EU wrote a letter to top Trump officials in June, in which they asked for Washington to agree not to punish European industries over their dealings with Tehran.

The letter, posted online by The New York Times, said that "as allies, we expect that the United States will refrain from taking action to harm Europe's security interests."

In July, Russian Foreign Minister Sergey Lavrov said that the other signatories of the 2015 Iran nuclear deal agree that US sanctions on countries doing business with Iran "is an absolutely illegal and unacceptable policy, but, of course, this can hardly be changed and there will be enough struggle in trade, economic and political spheres."

Lavrov also urged the remaining signatories of the deal, known as the Joint Comprehensive Plan of Action [JCPOA], to develop ways to keep commercial and economic ties with Iran that "would not depend on US whims."