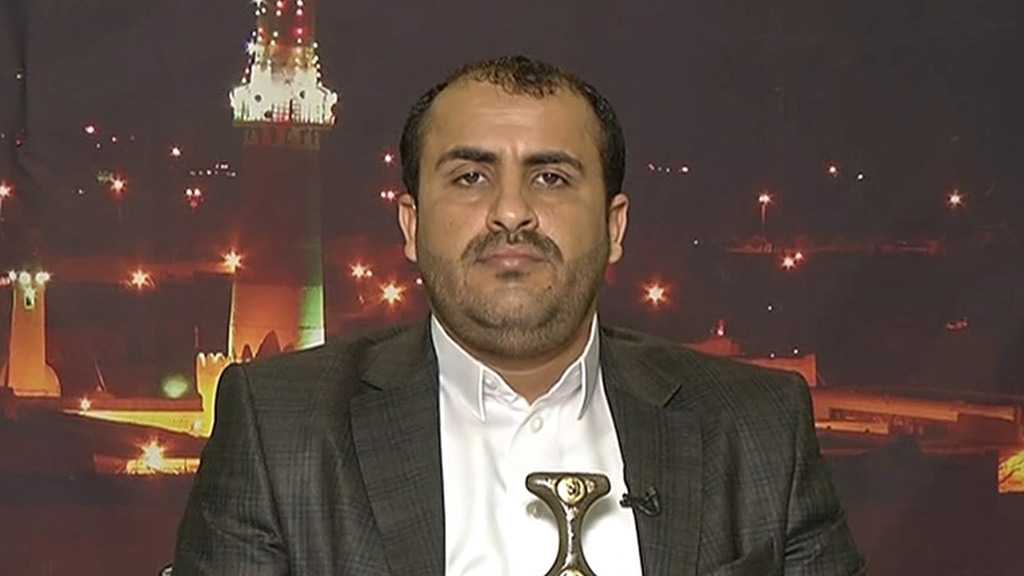 Yemen’s Ansarullah movement said a recent deadly strike by the Saudi-led coalition on the northwestern Saada Province, which massacred dozens of children, is a disgrace to the Riyadh regime and the US, the main arms supplier to the kingdom.

In an interview on Wednesday with Yemen’s al-Masirah, Ansarullah spokesman Mohammed Abdulsalam criticized the United Nations for its inaction on the Saudi regime’s new instance of child killing.

Yemen, he said, does not pin its hopes on the world body for any effort towards ending the Saudi-led war, but rather relies on its own nation and other freedom-seeking people to that end.

The August 9 Saudi air raid on Saada hit a school bus as it drove through a market in the town of Dhahyan, sparking outrage from international human rights groups and UN officials.

The assault martyred a total of 51 people, among them 40 children, and injured 79 others, mostly kids.

Over the past days, several Yemeni provinces have been witnessing protests against the Saudi regime and its Western partners.

On Wednesday, Yemeni demonstrators took to the streets in several provinces, including Saada and Hajjah, with the participants denouncing the West’s support for the bloody aggression against the impoverished state.

The protesters also called on the international community to punish the Saudi-led coalition for its crimes against Yemeni civilians.

Meanwhile, the Supreme Revolutionary Committee of Yemen expressed anger at international organizations for remaining silent on the criminal actions of the Saudi regime and the coalition it leads in the bloody military campaign against the most impoverished Arabian Peninsula country.

It also reaffirmed Yemen’s support for any effort to find a peaceful solution to the conflict gripping the country.

In a relevant development, United Nations Humanitarian Coordinator for Yemen Lise Grande visited a hospital in Saada, where dozens of the wounded children were being treated.

She condemned the Saada strike, saying that UN Secretary General Antonio Guterres had ordered an immediate independent probe into the incident.

“What we are seeing today are the victims of the air strike, the terrible human cost of the air strike and of the war. The entire world condemns this. The secretary general of the United Nations has demanded an immediate, transparent, comprehensive, independent investigation into this,” said the official.

“This is a tragedy and there can never, never, never be a justification for it,” she added.

The offensive initially consisted of a bombing campaign, but was later coupled with a naval blockade and the deployment of ground forces into Yemen.

The imposed war, however, has so far failed to achieve its goals, thanks to stiff resistance from Yemeni troops and allied Ansarullah revolutionaries.

Yemen is now suffering from the worst humanitarian crisis in the world due to the Saudi aggression and siege.