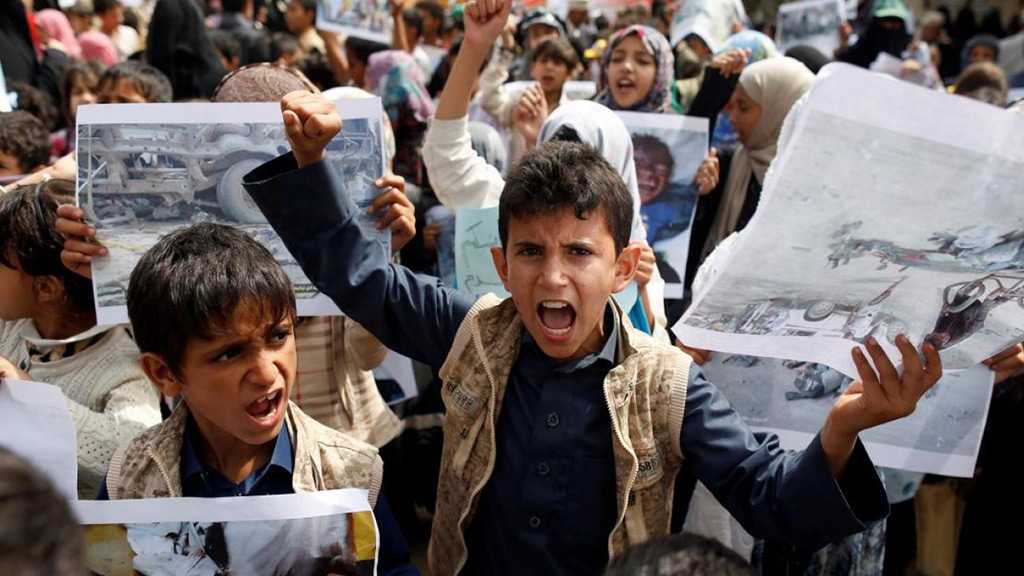 Yemeni women and children gathered outside the United Nations offices in Sanaa on Monday, to protest against Saudi-led coalition air strikes in the country in the wake of last week’s deadly bombing of a bus full of children.

Saudi warplanes on Thursday attacked a school bus at a market in the town of Dahyan in Saada, causing the martyrdom of at least 51 people, including 40 children, and injuring nearly 80 others.

Some 15,000 Yemenis have been martyred and thousands more injured since the onset of the Saudi-led aggression on Yemen in March 2015.

The UN says a record 22.2 million Yemenis are in need of food aid, including 8.4 million threatened by severe hunger.

A high-ranking UN aid official has warned against the “catastrophic” living conditions in Yemen, stating that there is a growing risk of famine and cholera there.

“The conflict has escalated since November, driving an estimated 100,000 people from their homes,” John Ging, UN director of aid operations, told the UN Security Council on February 27.