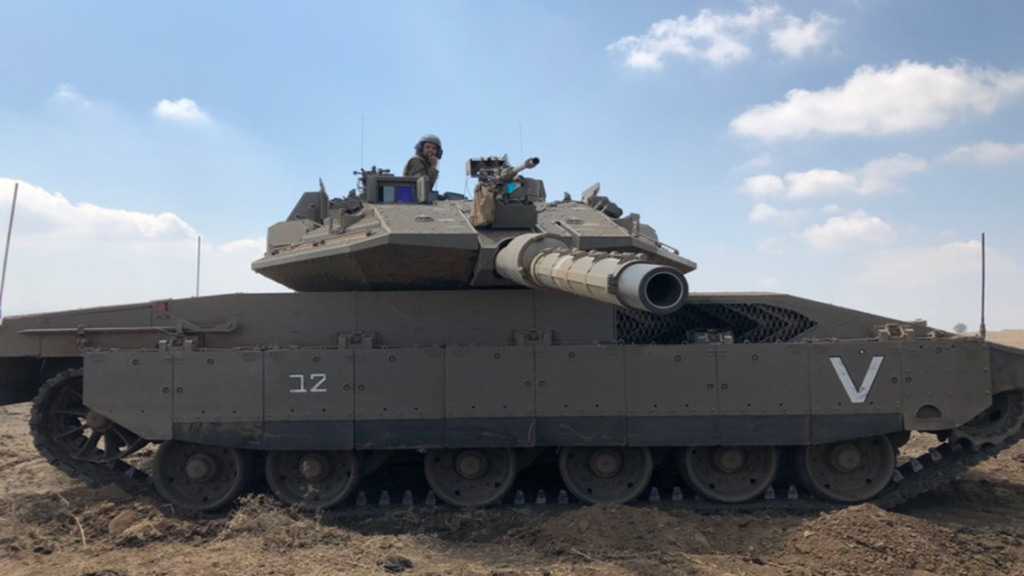 Twelve years had passed since the “Israeli” entity had last set foot on Lebanese territories. Now, “Israel” is drilling for another round of conflict with the battle-hardened Lebanese resistance group with new technology and tactics.

Troops from the 7th Armored Brigade, Golani Brigade, the Combat Engineering Corps and others, participated in the drill where they went up against Hezbollah fighters, training the “Israeli” security personnel on new threats developed by the resistance group.

“The enemy has changed” and therefore so has the IOF said a senior officer in the ground forces, adding that “if we will fight differently we need to train differently.”

The senior officer believes that soldiers and commanders must be able to fight the enemy on four fronts – underground, on land, in the air and online.

According to “Israeli” reports, Hezbollah has increased its cyber capabilities; so in order to match that capability, the IOF has increased the bandwidth of the military’s Internet to "100 megabytes, 100 MHz,” the senior officer said, adding that the IOF’s electronic warfare capabilities have also significantly improved, both in terms of intelligence gathering and attacks.

“Israelis” believe that Hezbollah has become much harder to visualize, with its revolutionaries who arrive, attack and retreat within seconds.

Therefore, the IOF needs to be able to “close the circle” on Hezbollah revolutionaries faster than ever.

The “Israeli” military had also increased firepower and manpower “boosting our effectiveness to neutralize the enemy as fast as possible,” said another senior ground-forces officer who took part in the drill, pointing to that “If a brigade is more independent, more flexible and more effective, it will be stronger”.

To further match Hezbollah developed capabilities, the “Israeli” army has also invested a significant sum to upgrade its autonomous logistical fleet, which was used during the drill and allowed infantry soldiers to be more independent on the battlefield.

While the new technology allows for greater independence, the drill also focused on troops learning a shared language to improve the collaboration between the different branches and corps on the battlefield.

“Israelis” are certain that in the years since the last conflict between the “Israeli” entity and Hezbollah, the resistance group has gained immeasurable fighting experience in Syria as well as new advanced weaponry from their patrons in Iran.

While Hezbollah has used drones in the past against the entity, last week the Lebanese news site An-Nahar said the group may also have acquired air defense weapons, which the site reported downed an “Israeli” reconnaissance drone in the town of Beit Yahoun in Bint Jbeil, Lebanon. The entity said the drone fell due to technical malfunctions.

Since the last war between the entity and Hezbollah, the border has been relatively quiet. Nonetheless, the IOF sees this border as the most explosive one, with troops ready for the quiet to be broken at any instant.

Lebanon, with the protection of Hezbollah, endured a deadly 33-day “Israeli” aggression in 2006. The war ended with the defeat of the “undefeated” army, and the withdrawal of the “Israeli” army from Lebanese soil.