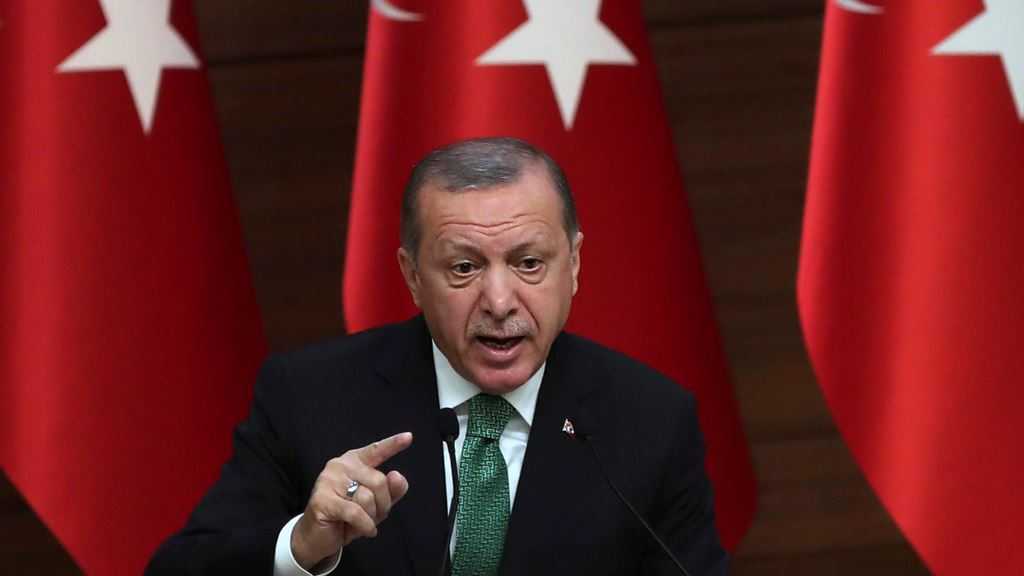 Turkey's president says the country will freeze the assets of two United States officials in retaliation for sanctions against Turkey's justice and interior ministers over the detention of an American pastor.

Speaking in Ankara Saturday, President Recep Tayyip Erdogan said Turkey had been "patient" since the US Treasury sanctions Wednesday, but ordered authorities to "freeze the assets of America's justice and interior ministers in Turkey, if there are any."

It is unclear who that would affect, due to differing Cabinet roles in the United States, or if they have any holdings in Turkey.

Erdogan accused the US of hypocrisy for demanding the release of evangelical pastor Andrew Craig Brunson while ally Turkey tries him over alleged links to terror groups.

Brunson, jailed in December 2016, is now under home detention.