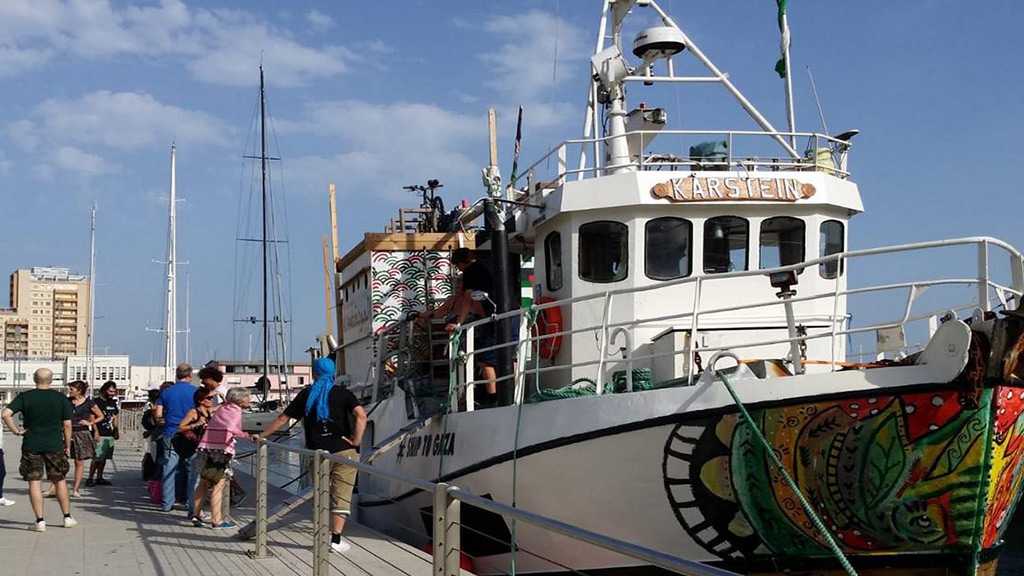 Norway has asked “Israel” to explain the legal grounds for detaining a Norwegian-flagged fishing boat seized while activists tried to sail with aid to the Gaza Strip, Norway’s foreign ministry said on Tuesday.

The ministry said its diplomats in the apartheid Zionist entity had been providing consular assistance to five Norwegians who were among the 22 passengers and crew detained onboard the vessel Kaarstein on Sunday.

“We have asked the “Israeli” authorities to clarify the circumstances around the seizure of the vessel and the legal basis for the intervention,” the spokesman for the Norwegian foreign affairs ministry in Oslo said. A spokesman for “Israel’s” Foreign Ministry declined to comment.

Torstein Dahle, head of the group Ship to Gaza Norway which organized the shipment, said it was the first Norwegian aid vessel to attempt to breach the “Israeli” blockade of Gaza.

The captain had been struck on the head by “Israeli” soldiers who ordered him to sail for Israel, but no one was seriously hurt, Dahle said.

“This is a peaceful boat; it’s impossible that it can threaten “Israel’s” security,” he said.

Under the blockade, Gaza has suffered an economic crisis creating what the World Bank describes as a “collapse in humanitarian conditions” including access to clean water, medicine and electricity.