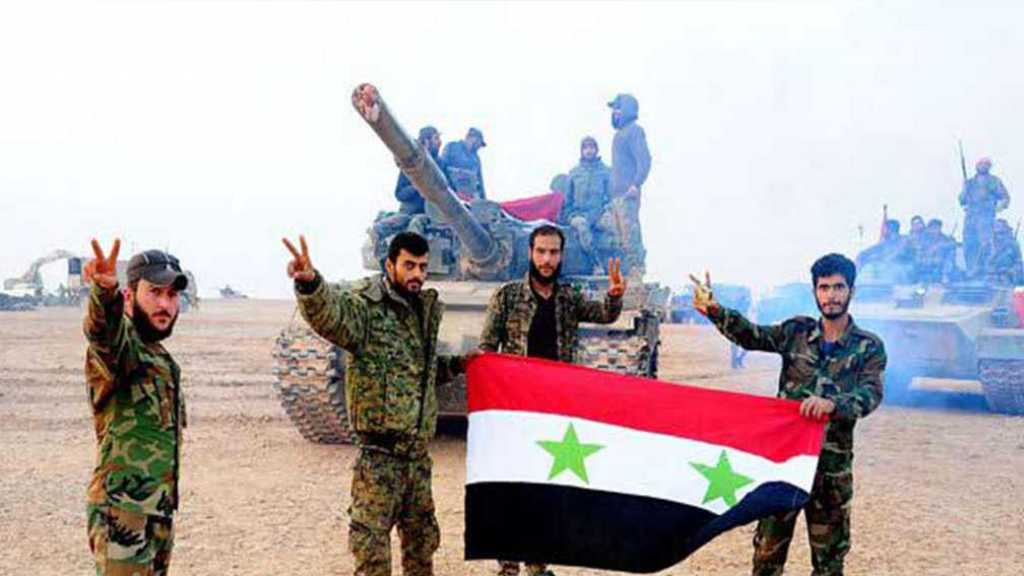 In a new achievement, the Syrian army and its allies has taken full control of the Yarmouk Basin in southwestern Syria after routing Daesh [Arabic Acronym for the terrorist “ISIS”/”ISIL” group].

The basin borders Occupied Palestine and Jordan, and had been the last embattled pocket of the southwest after a sustained advance by the Syrian Army into the longtime terrorists’ stronghold.

The army seized Daesh’s main redoubt in the town of Al-Shajara Monday, which left just a few villages in the hands of a Daesh-affiliated faction, the Khalid Ibn al-Walid army that had controlled the Yarmouk Basin.

The rural area has been the last wedge of southwestern Syria with continued fighting, with the army having taken control of the border with the “Israeli”-occupied Golan Heights and most of Deraa province to the east.

The so-called Britain-based Syrian Observatory for Human Rights said the talks between Syria and the group were meant to lead to a deal under which Daesh would release captive civilians – about 30 women and children abducted last week during fighting in the southern province of Swaida.