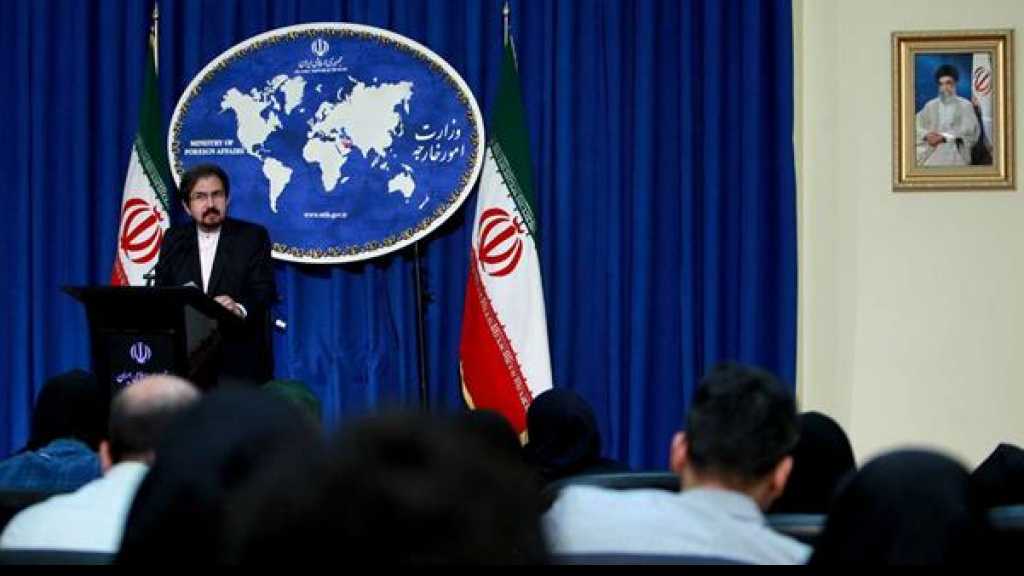 Iran confirmed on Monday that it is impossible to engage in talks with the US under the current administration which has adopted a fiercely hostile policy toward the Islamic Republic.

"With current America and these policies, there will definitely not be the possibility of dialogue and engagement, and the United States has shown that it is totally unreliable," Foreign Ministry spokesman Bahram Qassemi said on Monday.

Speaking to reporters in Tehran during his weekly news briefing, the Iranian official dismissed calls for negotiations by US leaders, including by Trump who said recently that he was ready "to make a real deal" with Iran.

"Given the current circumstances and hostile actions of the United States, the country's withdrawal from the JCPOA and continuation of hostile policies, its efforts to put economic pressure on the Iranian people and its sanctions, I think there are no conditions for such a discussion at all."

Qassemi further brushed aside reports about a policy of regime change or collapse having been instituted by the Trump administration toward Iran, calling them "irrelevant" and a "raw dream which will never come true."

The spokesman also said a military confrontation between Iran and the United States was out of the question, but that Tehran had prepared itself for any eventuality.

"America's hostile policies against Iran continue, and Iran has prepared itself for this behavior, doing what it takes to thwart these conspiracies and hostile policies," he said, adding that "Iran and its brave people will be victorious in this battle."

Qassemi further shrugged off reports that the Trump administration was quietly pushing ahead with a bid to create an "Arab NATO" with the participation of six Persian Gulf Arab states, Egypt and Jordan to counter Iran.

"What we have seen from the overall inter-Arab relations, and the current situation and the lack of coherence and consensus and the gap that exists among these countries, this issue should be viewed as no more than a slogan," he said.

The spokesman, however, acknowledged that Trump was taking advantage of the weakness of Muslim and Arab states to use their oil revenues to his own benefit through various machinations.

"Over the past four decades, the Islamic Republic has shown how it has been able to stand alongside the people and with the support and resistance of the great people of Iran resist foreign conspiracies and pressures," he said.

"We will certainly pass through this stage as well, and these reports and allegations are not worthy of attention," Qassemi added.

The official also pointed to ongoing talks between the Islamic Republic and European countries, saying Tehran has asked the European signatories to the nuclear deal to give it assurances about the deal’s continued existence.

“Constant communication with the European parties continues and this is a reason for optimism,” Qassemi said, stressing that the overall situation is positive.