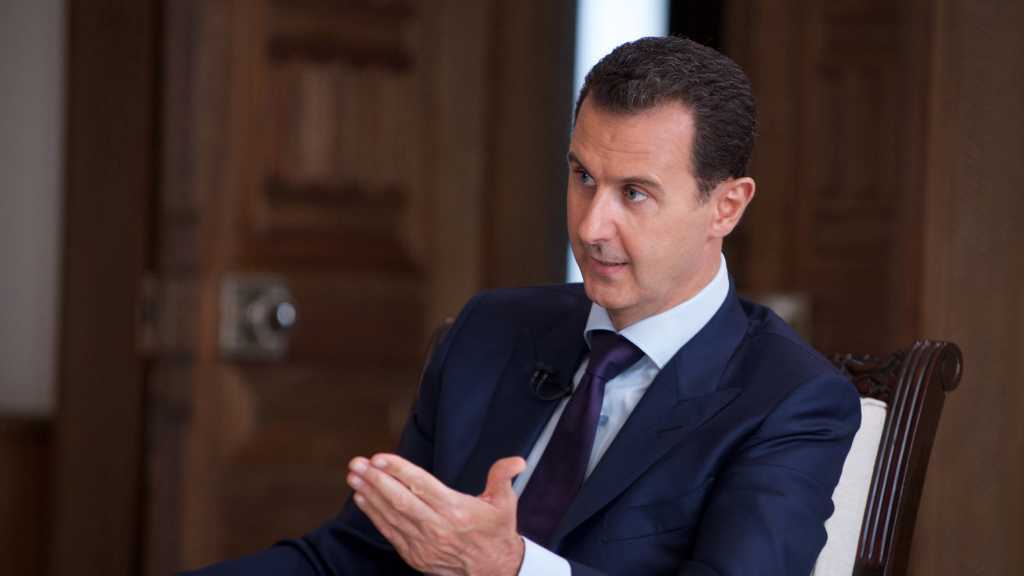 Syrian President Bashar al-Assad confirmed that “members of the so-called White Helmets are practically terrorists and will be given the same choice as others: lay down their weapons and invoke amnesty or be killed.”

“The fate of White Helmets will be the same as any other terrorist. They have two choices: to lay down their arms and use the amnesty we have offered over the last four or five years, or be killed like the other terrorists,” al-Assad said.

The Syrian president maintained there is no such legitimate organization as White Helmets.

“It’s a mask, a mask for al-Nusra [an al-Qaeda affiliate],” he said. “You have videos and photos of this group’s members holding swords and celebrating the death of Syrian soldiers.”

The Syrian President further wondered: “What more evidence do you need that they are not a humanitarian organization, but a mask used by Al-Qaeda?”

After eliminating the militants and Daesh [Arabic Acronym for “ISIS” / “ISIL”] pockets in Deraa, the Syrian army is setting its sights on the rebel stronghold of Idlib, Assad told reporters.

“Our goal now is Idlib, but not only Idlib,” he said. “There are territories in the east of Syria controlled by various groups. A little bit is held by ‘ISIS’, and some by the Al-Nusra Front and other militant formations.”

Last month, the Syrian president said that he was also seeking to negotiate reintegration with the Syrian Democratic Forces, a US-backed umbrella group made up mostly of Kurdish militias fighting “ISIS” in the north-eastern part of Syria.