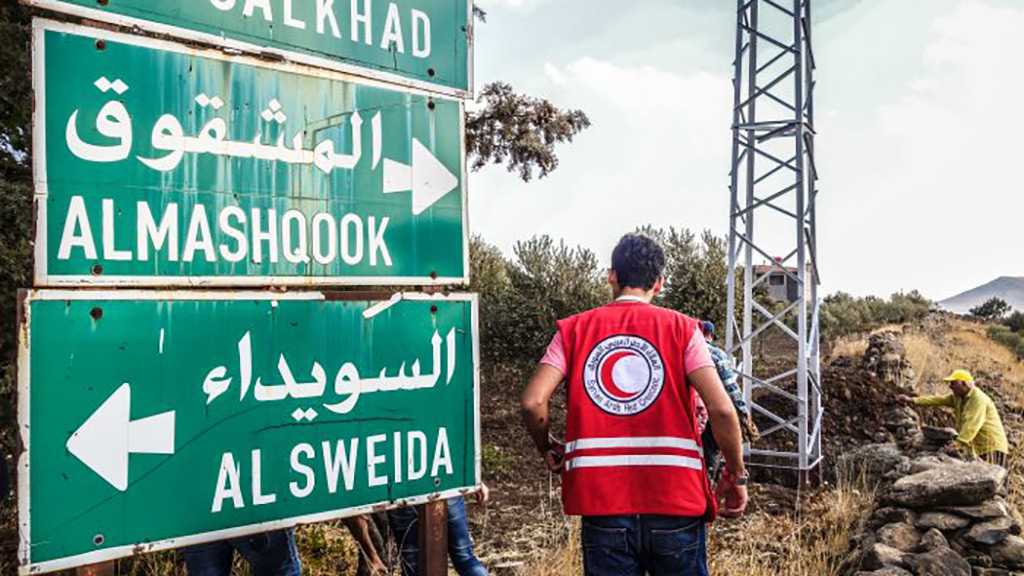 More than 38 people were martyred and others were injured on Wednesday morning in a suicide terrorist bombing in Swaida city.

SANA reporter in Swaida said that a suicide bomber blew himself up in the area of al-Souq in Swaida city, as a number of citizens were martyred and others were injured.

The reporter added that the competent authorities hunted down and killed two of the terrorist suicide bombers before they blew themselves up.

In a relevant context, army units confronted the Wahhabi Daesh [Arabic Acronym for the terrorist “ISIS”/”ISIL”] terrorist attack on al-Matouneh village to the north of Swaida city, Douma, Tima and al-Shabaki in Swaida northeastern countryside.