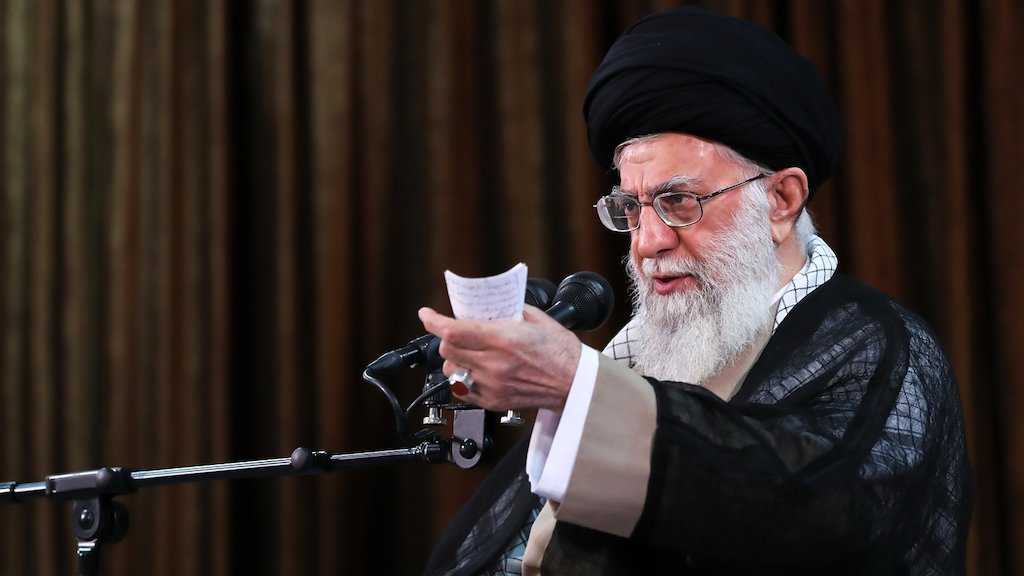 Leader of the Islamic Revolution His Eminence Imam Sayyed Ali Khamenei said talks with the US are "useless," adding while negotiations with the Europeans should continue, Iran should not count much on their package of proposals.

“I have long pointed out that it is not possible to count on the words and even the signatures of the Americans, so negotiations with the United States are of no avail," the Leader said in a meeting with Iranian ambassadors and diplomats in Tehran Saturday.

Imam Khamenei touched on "deep-rooted" US animosity with the Iranian nation, saying Washington's opposition to Iran's nuclear capabilities and role in the region is rooted in its hostility with "the elements of the authority of the Islamic system."

The Leader said the Americans want to return to the position they were in Iran before the Islamic Revolution in 1979 when the former Shah was a key ally of the United States, adding "they will not be satisfied with anything less."

His Eminence said it is a "blatant mistake" to believe that negotiating with the US would help Iran solve its problems.

“There are many countries in Africa, Asia and Latin America that have ties with the US but are still suffering from problems,” the Leader said, adding the US has "a fundamental problem with the nature of Iran’s Islamic establishment.”

With the Europeans, talks should continue to guarantee Iran's interests under the 2015 nuclear deal which the bloc wants to preserve despite Washington's withdrawal in May.

“Negotiations with the Europeans should not be cut off, but we should not wait too long for a European package and instead, we should do a lot of work inside the country,” Imam Khamenei said.

Earlier this month, Iran said it had rejected the European Union’s so-called package of proposals for the future of the 2015 nuclear deal. Details of the proposals were never made public.

However, Tehran said it had returned the package for revisions, saying the bloc’s proposals did not guarantee that the Islamic Republic would benefit from the nuclear deal if it stayed in the agreement.

Before Imam Khamenei’s remarks, Iran’s Foreign Minister Mohammad Javad Zarif said his ministry had devised a comprehensive plan to help expand the country’s economic bonds with neighbors as well as others.

Zarif said Iran’s Foreign Ministry had also been able to successfully foil what he described an Israeli project to portray Iran as a threat.

He recalled efforts by US President Donald Trump and “Israeli” entity’s Prime Minister Benjamin Netanyahu to scare the world away from Iran, calling such efforts as “cheap theatricals” that had resulted in nothing but their own isolation.

Zarif further said that “war rooms” had been created in certain countries to pressure Iran, but those efforts were futile.

He said Iran had told other countries including America’s allies that confronting the American bullying should go beyond political commitments and involve practical measures.

“We have gone through hard times,” the Iranian minister said. “We will be able to overcome problems through cooperation and unity without suffering any harm under the guidance of the Leadership and the help of the people.”